Five years after the referendum in Barcelona, ​​thousands of people demanded the independence of Catalonia 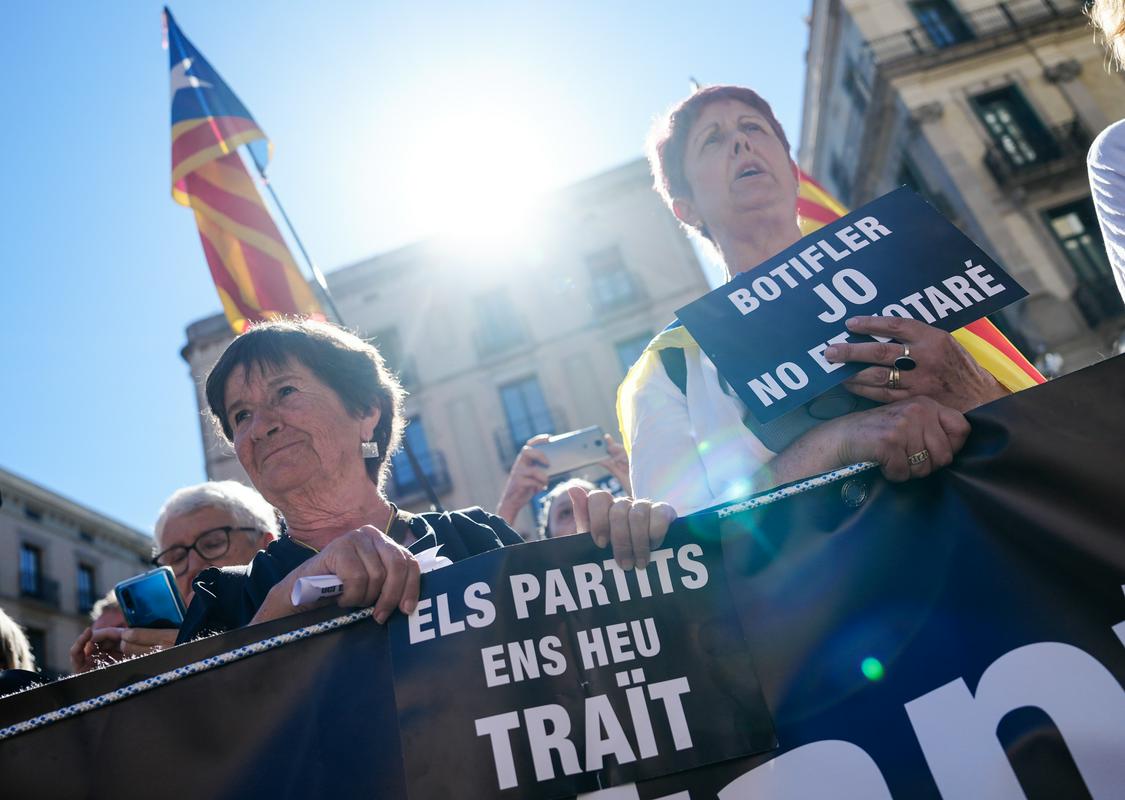 Participation five years ago was only 42%

On the fifth anniversary of the referendum on the independence of Catalonia, thousands of people took to the streets of Barcelona on Saturday to demand the independence of this Spanish province. According to the police, around 11,000 people gathered.

Among other things, the participants called for the departure of the regional government under the leadership Preja of Aragon, which is too slow in fulfilling the pre-election promise to establish an independent state.

President of the civil society movement ANCwhich seeks to separate Catalonia from Spain, is of Aragon asked him to present a plan to achieve independence. “If they can’t, we will. They won’t be able to stop us,” she said at the rally Dolores Feliu.

Aragones responded to the calls with a statement in which he assured that his government was still pushing for independence, but wanted to achieve a referendum that would also be agreed to by the central government in Madrid.

“We had a referendum and we will get Catalonia to vote again,” he asserted. “We will do it again because many of us want Catalonia to be a free country,” he added, according to the German news agency DPA.

The referendum on independence was held by the then regional government on 1 in October 2017. The government in Madrid insisted that the vote was against the Spanish constitution and as such illegal.

In the referendum, the independence of the northern Spanish province with 7.5 million inhabitants was supported by 90 percent of the participants, but the turnout was only 42 percent.

The Catalan Regional Parliament is then on the 27th. in October 2017 approved a resolution that envisaged the establishment of an independent Catalonia. As a result, the Spanish government temporarily stripped Catalonia of its autonomy and took over the tasks and powers of the Catalan regional government, which it deposed.

Catalan leader Carles Puigdemont fled to Belgium, where he remains today, several other separatist leaders were sentenced to long prison terms, but were pardoned last year.

Five years later, Catalonia remains an integral part of Spain, but disputes between pro-independence Catalan parties are deepening over how to achieve it.