Brazil: Lula votes for ‘return to normalcy’, Bolsonaro ensures he wins first round 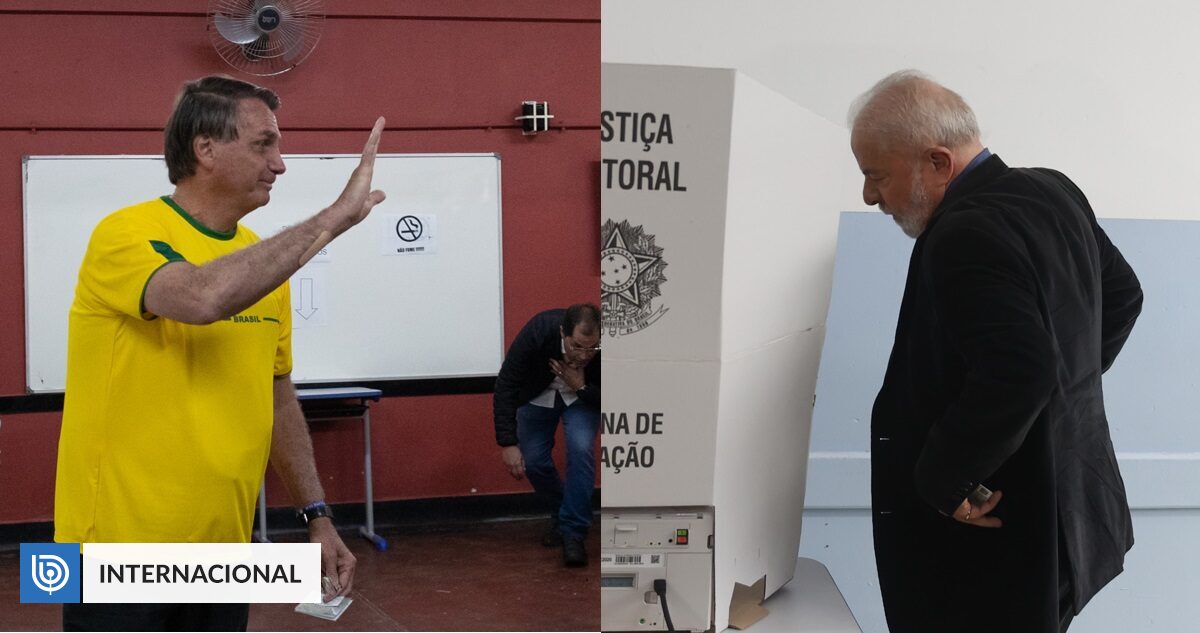 Bolsonaro told journalists as he left the polling stations that he was “calm in the first round… the election will be decided today.” On the other hand, Lula da Silva, the biggest supporter in the polls, said that “the country needs to restore the right to be happy”, adding: “We live in peace, have hope and have a future.” I want a country that believes,” he said.

Leading Candidate in Brazil’s General Elections, Former President Luis Inacio Lula da Silva and current president Jair Bolsonaro , voted this Sunday morning. The first declared that he wanted the vote to restore Brazilians’ “right to be happy”, while the second claimed he would dominate the day and win the first round of elections.

Bolsonaro went to vote at a polling station in Villa Milital, Rio de Janeiro, wearing a yellow sports shirt with a green collar and national flag emblazoned on his chest, apparently wearing a bulletproof vest.

“We are calm (…) In the first round, the election will be decided today”, Bolsonaro said in a short statement to journalists as he left the electoral college:

Meanwhile, poll favorite Lula da Silva voted this Sunday in São Bernardo do Campo, the city in the São Paulo metropolitan area where he began his political career. He said the country needed to “regain its right to be happy”.

“We want a country that lives in peace, has hope and believes in the future,” Lula told reporters after voting in the town’s public schools.

of Bolsonaro is 14 points behind the favorite in the latest poll of voter intentions released on Saturday former president Luis Inacio Lula da Silva, who managed to win in the first round.

“In 2018, I was in jail and couldn’t vote because I was a victim of lies.Four years later, I have complete freedom and the possibility of becoming president of this country again and the possibility of returning to normalcy. I am voting in recognition of that,” he added. Lula spent 580 days in prison on two corruption convictions, later overturned by the Supreme Court.

In a statement to journalists, Lula criticized the management during the pandemic of current president Jair Bolsonaro, who is seeking re-election.

Lula voted alongside his wife, Rosangela da Silva, known as “Janja,” and several members of the Progressive Workers Party (PT).

A day of tension and polarization

If no candidate receives a majority of valid votes, the two with the most votes must face off in a second round scheduled for October 30th.

Approximately 156.4 million voters will elect a president, 27 governors and 513 delegates on this day, which starts at 08:00 local time (same time in Chile) and ends at 17:00 is convened for Renew representatives of the Senate and Local Councils.

This year’s election, the most polarized since Brazil regained democracy in 1985, was marked by a climate of tension between Lula and Bolsonaro, with controversy spreading to his supporters and motivated by arguments. There have been several cases of violent attacks and deaths.