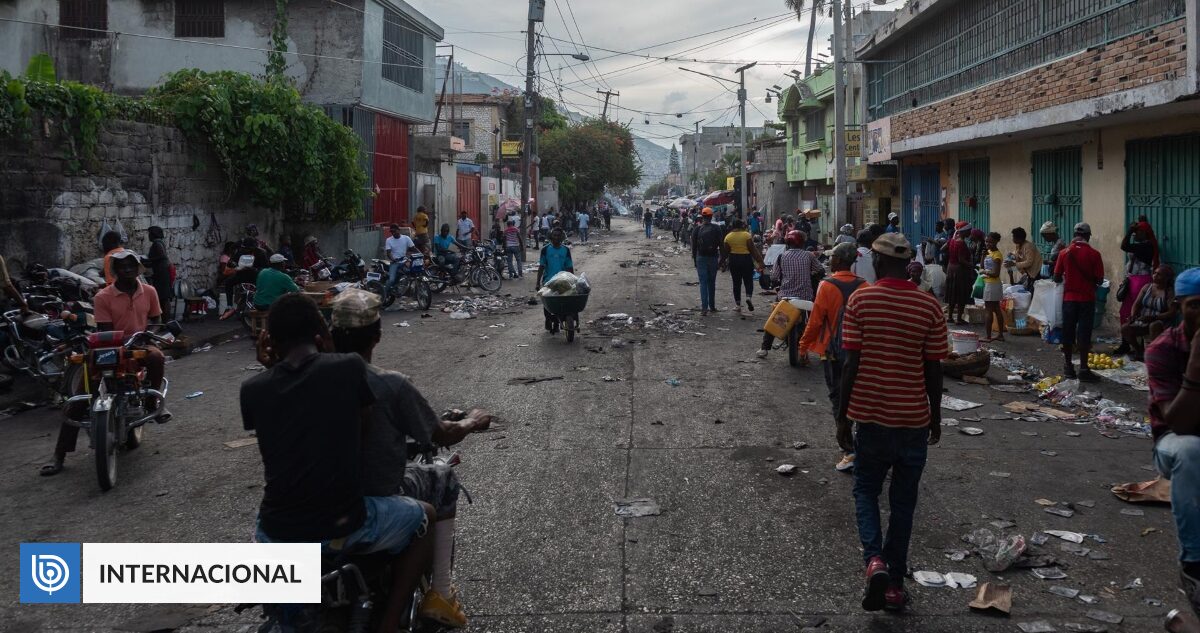 After a case of cholera was confirmed in Haiti, the country’s Ministry of Health initiated an aggressive investigation of the infection to address possible new outbreaks of the disease. This is due to reports of suspects in poor neighborhoods.

Possible new outbreak of cholera , reported Haiti’s Ministry of Public Health and Population this Sunday.this Following confirmation of cases in the Savanne Pistache-Decayette district in Port-au-Prince.

In a statement, they reported that necessary measures were being taken to contain the suspected outbreak, including “active community investigation of similar cases, case management, and community response.” was pointed out by the ministry.

Some suspected cases of the disease have been reported in areas such as Cité-Soleil and Martissant.

“Yes, there are cases of diarrhea and vomiting, but I cannot speak of cholera.” A Médecins Sans Frontières (MSF) source noted in confirming that the patient had received images of symptoms compatible with the disease, but so far has not confirmed it as cholera. .

someone died at home

Dr. William Pape told EFE that he is aware of the following: Some died at home after suffering from dehydrating diarrhea and acute vomiting. “But confirming that it is cholera requires a laboratory diagnosis.”

Pape, who has been on the front lines of the fight against cholera for the past decade, awaits the results of samples sent to the National Institute of Public Health (LNSP).

Crime groups and kidnapping cases occurred one after another mainly in poor areas, and security deteriorated. People are forced to live in inhumane conditions and drink water unsuitable for human consumption.

again, Doctors noted that cases of infectious diarrhea caused by a variety of bacteria could increase during periods of drought when drinking water is scarce, and during rainy seasons when this water is contaminated.

Measures to be taken to prevent the spread of cholera are “washing hands, drinking only treated water, avoiding raw vegetables or washing with chlorinated water before consumption”.

Haiti suffered a cholera epidemic months after the 2010 earthquake. The disease was introduced by a blue helmet from Nepal, part of the United Nations Stabilization Mission in Haiti (Minustah).

Cholera has infected 520,000 people and caused at least 7,000 deaths. A plague that wasn’t fully under control until 2019, the victims of an epidemic abandoned by authorities continue to demand justice and reparations from the United Nations.

Incident occurred in the midst of riot crisis

This confirmed and pending confirmation of cholera cases comes at a time when the international community is calling for a United Nations military intervention in Haiti, a situation of violence in which Haiti has been kidnapped by gangsters. Because it is thought that it contributes to coping. area.

A blockade of an oil terminal by former police officer Jimmy Cherissier, leader of the armed coalition known as the G9, leaves the country with a fuel shortage, driving up prices on the black market and increasing the cost of premium products.

Given this situation, hospitals and health centers in capital and provincial cities have been forced to close services and reduce working hours.