What do the first results of the general elections in Bosnia and Herzegovina show? Schmidt introduced changes to the electoral law. 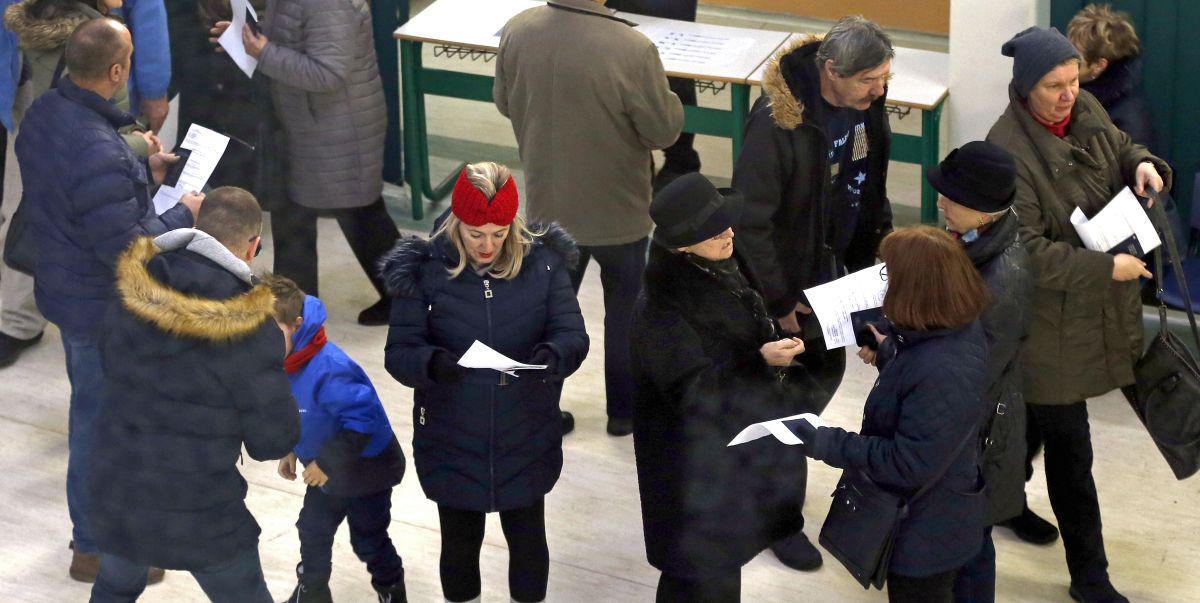 After the closing of the polls, the introduction of changes to the electoral law

The headquarters of the largest Bosniak SDA party announced that almost a third of the votes had been counted Denis Becirovic received 82,389 votes from the united Bosniak opposition, his biggest rival and former Bosniak member of the BiH presidency Bakir Izetbegović and 70,803 votes. Third place Mirsad Hadžikadić he received 6,224 votes from the State coalition.

Željko Komšić from the Democratic Front, which the Croats do not accept as their legitimate representative, leads the second place Borjana Kristo. This is supported by all Croatian parties in Bosnia and Herzegovina, but Komšić is behind by approximately 15,000 thousand votes. Komšić got 51,431 votes, while Borjana Krišto got 35,819.

The current president of Republika Srpska and member of the largest party of Bosnian Serbs, SNSD, is leading among the candidates for the Serbian member of the BiH presidency. Željka Cvijanović. SNSD announced, albeit on a relatively small sample, that their candidate had twice as many votes as her main opponent, the president of SDS Mirko Šarović.

According to the general secretary of the PDP opposition party, Igor Crnadak, the former Serbian member of the BiH presidency and president of the SNSD Milorad Dodik is losing in the race for president of the Republika Srpska entity. According to the number of votes counted so far, this should be overtaken by his biggest rival Jelena Trivićcandidate of the opposition Serbian parties in Republika Srpska.

More than 7,200 candidates from 90 political parties and 38 party coalitions and 17 independent candidates ran for these positions.

Several incidents during the elections

The elections in Bosnia and Herzegovina were monitored by approximately 60,000 observers, including almost four thousand international observers.

During the day, the media in Bosnia and Herzegovina reported on several irregularities and even physical settlements at the polling stations. In the village Hozići one of the more serious attempts at electoral fraud was also confirmed in the case of Bosanski Nov. Someone brought there 350 pre-filled ballots for all levels of government, which led to the dismissal of the election committee. Based on the decision of the Chief Prosecutor of BiH, Milanko Kajganić, five members of the committee were arrested.

A voter from Tuzla Drazen Jurišić. At the polling station, he noticed that his late grandfather was on the list of eligible voters, and he also noticed the names of his aunt and grandmother, who died more than 12 years ago.

In the village Čengić according to the local media, they noticed another interesting thing. Some residents of the village, who could still see well before the election, came to the polling station accompanied by guides. According to local television BN TV, all the certificates that they “went blind” were signed by the director of the health center in Bijeljina and a member of the SNSD party, Danijela Đukin. As they found out after additional verification, 80 people received medical certificates just before the election, and voting was therefore suspended for two hours.

Schmidt introduced changes to the electoral law of Bosnia and Herzegovina

High representative of the international community in Bosnia and Herzegovina Christian Schmidt announced shortly after the closing of the polling stations in the general elections in BiH tonight that he had introduced changes to the electoral law.

“You have shown your responsibility by voting democratically, now your will must be respected – this must be followed by the rapid formation of the government, parliaments and judicial institutions, which must immediately deal with many serious problems so that Bosnia and Herzegovina can progress on the way to the status of a candidate for membership in the EU,” Schmidt announced in a letter to voters.

He emphasized that the changes would not affect the votes cast in the elections, as he only changed the method of indirectly selecting the members of the upper house of the federation’s parliament, the House of Nations. Namely, they are chosen by the deputies of the assemblies of the ten cantons of the federation, who are elected directly.

With the changes, Schmidt increased the parliamentary groups of the three constituent nations from 17 to 23 representatives and introduced a quota of 11 representatives from each of them, who can nominate the president and vice president of the federation.

This ensures the representation of legitimate representatives of Croatian parties in this process, according to the Croatian news agency Hina, which adds that Schmidt explained that this improves the proportional representation of constituent nations in the House of Nations in accordance with the ruling of the Constitutional Court of BiH.

He addressed today’s elected members of the lower house of this parliament an urgent call to implement the judgments of the courts in Sarajevo, as well as the European Court of Human Rights, which ordered BiH to eliminate discrimination on ethnic and territorial grounds in candidacy for elections.

He also explained that with the changes he introduced mechanisms for unblocking and strict deadlines, which will ensure the functioning of the Federation of Bosnia and Herzegovina. He simplified many procedures.

Schmidt’s decision was welcomed today by the United States and Great Britain, with the assessment that it was long overdue.

Previous article
After the break, Olimpija played like it did at 40 degrees – a little sleepy
Next article
Volvo wants to prevent children from dying from overheating cars