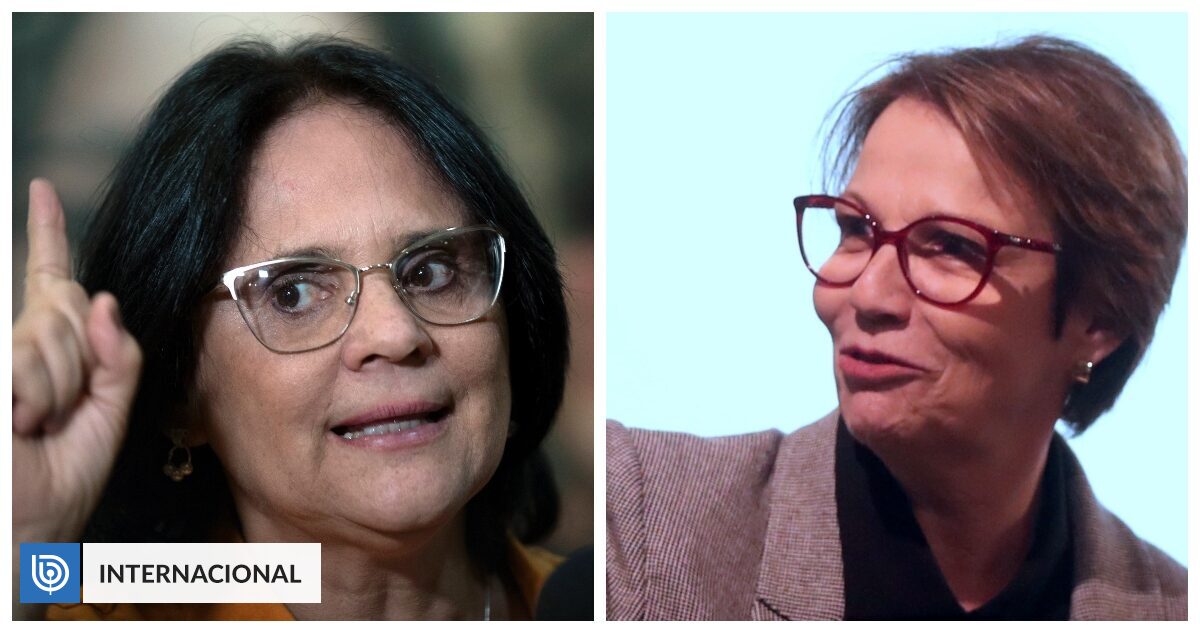 Tereza Cristina Correa and Damares Alves, who served as agriculture minister and women’s minister respectively under Jair Bolsonaro’s government, secured seats in the Senate after defeating rivals in Brazil’s general election on Sunday.

two cabinet ministers in the presidential office Jair Bolsonaro resigned so he could run for parliamentary elections this Sunday Brazil according to data from the Electoral Court, was elected to the Senate.

an evangelical pastor Damares Alves Secretary of the Ministry of Women, Families and Human Rights, he was elected Senator of the Federal District of Brasilia. Teresa Christina Correa Minister of Agriculture, he was elected to the Senate of Mato Grosso do Sul.

There were only two women in the cabinet during the far-right leader’s tenure.

The two favorites in the dispute over the sole seat in the Brasilia Senate were his ministers, so Bolsonaro preferred to refrain from expressing his preferences.

But evangelical leader Damares Alves, who took a radical stance on abortion, drugs and other issues and ran for office for the first time in his life, had the clear endorsement of First Lady Michel Bolsonaro.

The former women’s minister was nominated by evangelical groups, particularly the influential Republican Party, an organization with direct ties to the Universal Church of the Kingdom of God, while Arruda had the support of the Liberal Party (PL). to Bolsonaro.

Teresa Cristina Correa, a veteran extremist of the right-wing Progressive Party (PP), was Bolsonaro’s health minister when she resigned at the start of the pandemic, in a dispute over her seat in the Senate of Mato Grosso do Sul state. He won Luis Enrique Mandetta for his position on his sharp differences with the head of state regarding the management of health crises.

According to the scrutiny, after 77% were scrutinized, the former Agriculture Minister received 61% of the vote, leaving Mandetta (15.46%) unreachable.

The former minister, who has Bolsonaro’s clear endorsement in the controversy over the seat, confirmed her candidacy after the president ruled her out as a running mate.

Several Bolsonaro-backed candidates for governor, senator and deputy were elected this Sunday.

In the presidential race, 52.21% were scrutinized, with Bolsonaro leading the results with 46.3% of valid votes and former President Luis Inacio Lula da Silva (44.86%) named the front-runner in all polls. %).

Previous article
U receives the Audax Italiano in Santa Laura and is given a mission to beat ‘B”s ghost and escape
Next article
Lula’s Rivalry with Bolsonaro: Ex-Judge Sergio Moro Elected to Brazilian Senate