More than 40 victims of horrific suicide attack on Kabul school 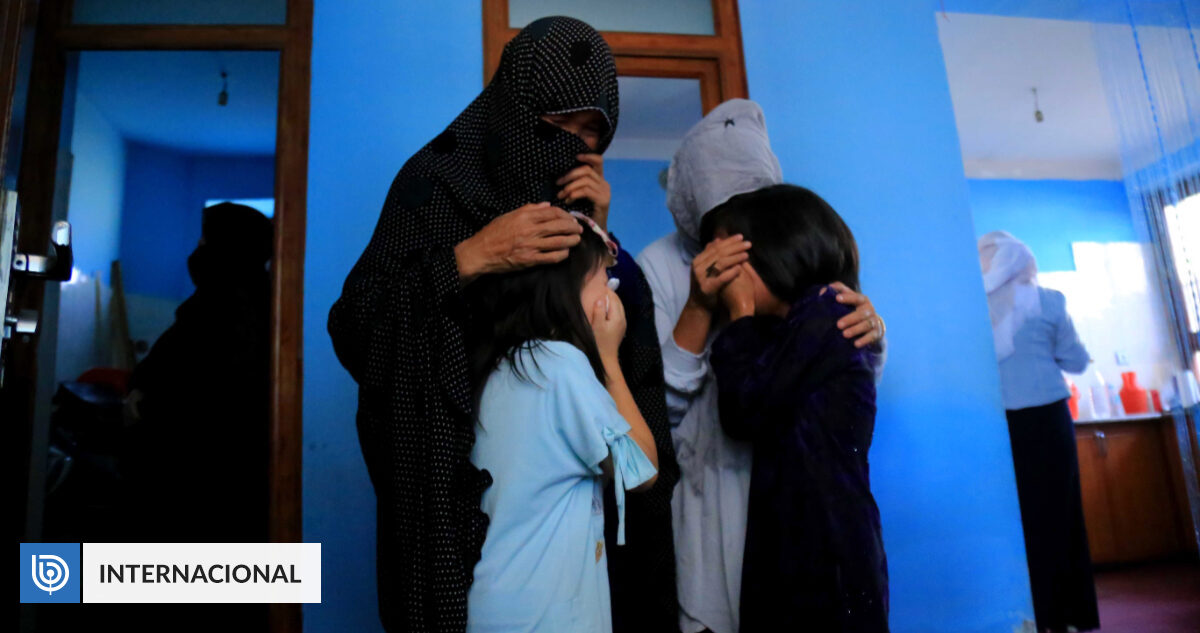 The attack took place at an education center in the Hazara district of Dasht-e-Barchi when a suicide bomber detonated an explosive device carried inside a classroom where hundreds of male and female students were taking mock exams. occurred in college entrance exam.

United Nations Assistance Mission in Afghanistan (1 MA) was raised this Monday 43 dead, 83 injured In response to last Friday’s suicide bombing at a school in Kabul, Afghanistan.

“The number of victims of attacks on schools in Kabul’s Hazara district continues to rise. 43 people have been killed and 83 injured, mostly girls and young women,” Unama said. It warned in a statement that these numbers are likely to continue to rise.

Witnesses told Efe that the attackers blew themselves up in an area containing students.

No group claimed responsibility for the attack, which was condemned by the Taliban and the international community, and demonstrations by women were held across the country.

The Taliban’s interim government, which banned secondary education for women when it came to power in August 2021 but allowed them to train in universities, described last Friday’s attack as “great terror.”

In addition to the condemnation reaction, the attack sparked a series of demonstrations by women advocating for education and demanding protection for the Hazara minority.

In the northern city of Mazar-e-Sharif today, a group of students from a state university led a protest that was violently dispersed by the Taliban, protesters claimed on social media.

State police spokesman Mohammad Asif Waziri said in a statement that authorities had “hindered the movement of protesters in the city because they were not coordinating with the administration” and called for the arrest of protesters. Denied.

The Taliban routinely block demonstrations deemed critical of their regime and prevent the media from reporting on these events.

Last Saturday, dozens of women took to the streets of Kabul to demonstrate against attacks against the Shiite Hazara minority. But protesters accused the Taliban of dispersing the protests with shootings and violence.

Fundamentalists broke up similar rallies yesterday in the cities of Herat (west) and Bamiyan (centre).

Dozens of students, mostly women, protested the attacks in these cities. This is while demanding that the Taliban end the ban on women’s secondary education in the Asian country.

Attacks against the Hazara minority have become commonplace in Afghanistan in recent years, targeting schools.

In May 2021, an attack on a girls’ school in Dasht-e-Barchi killed at least 110 people, mostly girls, and injured 290 others. A few months ago, in October 2020, another attack on this minority education center occurred, leaving 24 dead and 57 injured.

The jihadist group Islamic State (IS) has in the past called for numerous attacks in Afghanistan against this minority it considers apostate.

Demonstrations recorded in more than a dozen Chinese cities over the weekend presented an unprecedented challenge...
Previous article
CyberMonday started with an average of 1,600 transactions per minute amid inflationary challenges
Next article
What does Inspector Vrenko find out about the woman in the red dress and how did the “hidden microphone” come about?