Orban, Vučić and Nehammer at a meeting in Budapest on dealing with migration 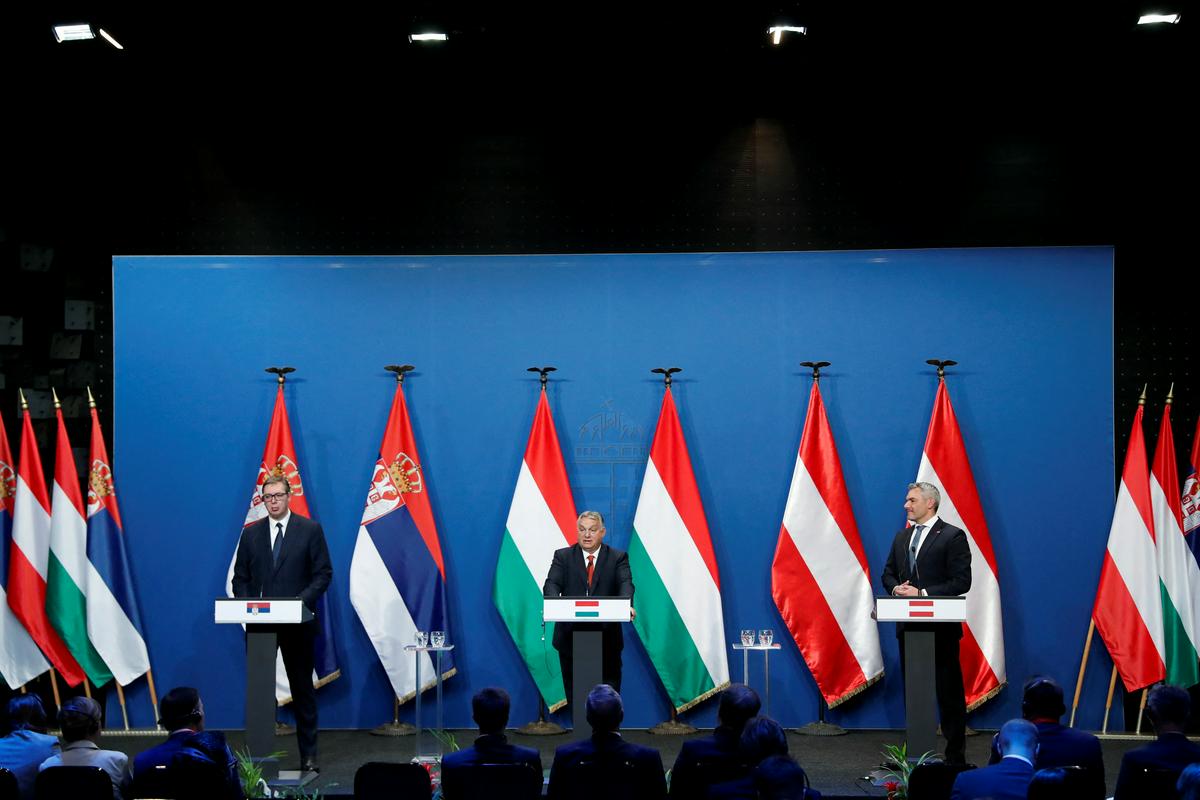 The interior ministers of Slovakia, Austria, Hungary and the Czech Republic also discussed migration in Bratislava

The leaders of Hungary, Serbia and Austria discussed trends and future tasks in dealing with the growing migration pressure at the tripartite summit on migration in Budapest.

“The numbers are getting more and more worrying, but there are also the problems of war, high energy prices and sanctions,” is at a press conference after talks with Serbian President Aleksandar Vučić and Austrian Chancellor Karl Nehammer said Hungarian Prime Minister Viktor Orban.

At the same time, he expressed his regret that Brussels has not yet changed its policy regarding sanctions, which, in his estimation, could cause an economic recession and further encourage illegal border crossings, according to the Hungarian government portal. About Hungary.

According to Orban, it is necessary to push as quickly as possible “migratory defensive line” to the south, to start at the Serbian-Macedonian border, and outside the borders of the EU to establish a point where asylum seekers could submit their applications.

Vučić said yes “Serbia should not be exploited by those who come not for professional reasons, but because of illegal migration to the West”. At the same time, he expressed hope that Hungary and Austria will succeed in conveying Serbia’s voice to Brussels.

This year, Austria has seen a significant increase in the number of illegal entries from some non-European countries, whose citizens can currently travel to Serbia without visas. According to the words Nehammer Serbia agreed to tighten the visa rules, which should be introduced in the new year.

According to the Austrian Chancellor, there will be a three-member coalition “with technical cooperation” returned defectors directly to where they came from, and guaranteed that the same would happen on the southern border with Serbia.

From January to August 2022, 56,149 asylum applications were lodged in Austria, a 195% increase compared to the same period last year, while Hungary and Serbia have been dealing with waves of refugees on the Balkan route for years.

Meeting after controlling the border with Slovakia

Meanwhile, today in Bratislava, the interior ministers of Slovakia, Austria, Hungary and the Czech Republic also discussed closer coordination in matters of migration and border security.

They called for the strengthening of the EU’s external borders in order to prevent an increase in illegal migration, said Slovak Interior Minister Roman Mikulec.

Mikulec convened the meeting after the Czech Republic and Austria recently started to control the border with Slovakia. The Czech government justified the measure by the fact that more and more defectors have recently entered the country illegally through Slovakia.

The authorities in Vienna then feared that the smugglers might change their route and cross Austria instead of the Czech Republic in order to smuggle people on to other European countries such as Germany.

Mikulec said that the ministers agreed that the European Commission should put more pressure on third countries, “to fight against illegal migration where it originates”. They also said that it is necessary to speed up the return of defectors to the countries through which they entered Europe.