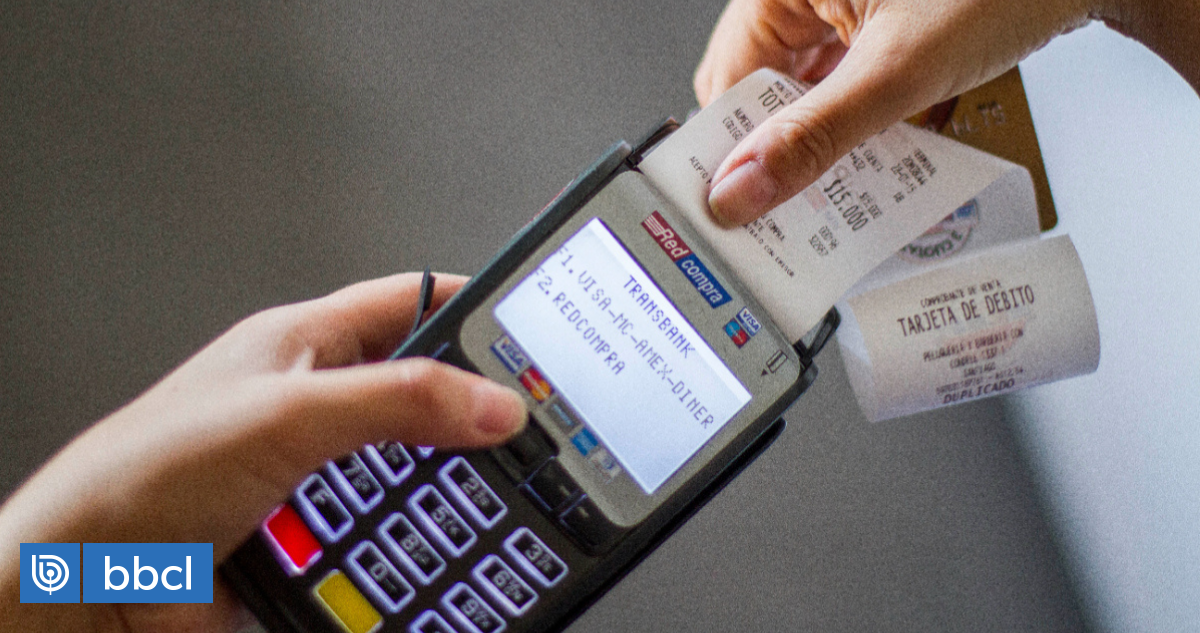 FNE has requested that Transbank and a group of shareholder banks be ordered to comply with an interest rate decision issued by the Supreme Court. The Supreme Court ruling said the system is “far from ‘protecting free competition and maximizing the well-being of all players in the card payment system'” and thus seeking to apply a single rate. . To the merchant for 0.40% of the value of each transaction.

of National Economic Prosecutor’s Office (FNE) has asked the Court for the Defense of Free Competition (TDLC) to order Transbank and its 10 shareholder banks to compel compliance with the August 8 Supreme Court ruling. Fees charged to merchants, payment processors, other carriers, and issuers for transactions over the network.

FNE said the Supreme Court “has issued a clear order and guidelines for Transbank SA and its shareholders to comply with, and all discussion stages regarding it have been completed.”

Nonetheless, it indicates that the company has notified relevant operators. Application of Merchant Discount (MD) that transferred Interchange Fees (TI) directly to them that did not meet established requirements and did not comply with Supreme Court orders.

At the same time, it pointed out that shareholder issuers have not taken the necessary steps to comply with the ruling.

The latter rejected the tariff regime implemented by Transbank since April 2020. “It does not ‘protect free competition and maximize the welfare of all players in payment card systems.'”

On the contrary, it is argued that it “worsens plaintiffs’ dominant position in the market, creating incentives to raise fees and the emergence of barriers to entry that prevent new firms from competing effectively.”

In the same judgment, the Court The fees charged to users by Transbank must be configured according to the following parameters:

1. All its components should be public, motivated, objective, reasonable, general, non-discriminatory and respect equality before the law. This requires the application of fixed fees and does not allow discrimination by item or category or discounts of any kind. type.

2. It does not imply a general increase in fees to businesses.

3. Includes exchange rates that make the above terms feasible.

5. Avoid subsidies or low-cost pricing that make it impossible for Transbank’s competitors to enter or remain in the market and maintain competition in acquisitions.

This change in Transbank’s tariffs and the IT of its shareholders was jointly implemented shortly after the Supreme Court’s decision was rendered and should remain in effect for a temporary period until all the conditions determined thereby are met. was.

However, after a technical evaluation, FNE fully reconsidered the rate Transbank conducted on August 22 (which takes into account UF and IT and brand cost margins, and varies depending on factors such as category and volume, among others). concluded that it does not reflect It effectively adheres to the preceding sentence.

To do so, businesses must apply a single rate of 0.40% of the value of each transaction for both credit, debit, and prepaid cards. without prejudice to the possibility of the TDLC determining a higher value if the TDLC determines that an appropriate IT level should be maintained.

The 0.40% tax rate recommended by the Public Prosecutor’s Office represents the minimum amount that companies will actually be charged by March 2020 for each type of card. However, it excludes the category of self-regulatory plans and entities with exceptional commercial terms with significantly lower rates. than the cost of providing procurement services.

“This level does not cause a general increase in fees to companies compared to those implemented under the three-part model, is non-discriminatory and respects equality before the law. meets.” reviewed FNE in its overview.

He said that this level of rates for businesses would also ensure Transbank self-financing, covering all costs according to the criteria set out in a report prepared by an independent panel of experts, as well as the costs of the card brand’s services. I added that I do. (cost of mark) and the exchange rate for Transbank’s non-shareholder issuers are at the same level as they are currently receiving.

The Public Prosecutor’s Office also argued before the TDLC that in order to comply with this ruling, it was essential to comply with what was expressly mandated by the Supreme Court in the following sense: The issuing bank, which is a shareholder of Transbank, bears the risk of any rate change.

this is, Chile, Santander, Itaú Corp Banca, De Credit et Inversionnes, Estado, Internacional, Vice, Security, Falabella, Chile branch of JP Morgan Chase Bank We must work with Transbank to take the necessary steps to determine an exchange rate that allows us to comply with the terms mandated by the judgment, subject to a reduction in the exchange rate.

FNE informed TDLC that to date this has not been voluntarily agreed by the parties. That is why I demanded an order for mandatory compliance.

Merchant rates displayed allow you to collect positive exchange rates for Transbank shareholder issuers. This is lower than the current exchange rate in effect.

In any case, IT reduction should be applied not only to transbanks, but also to competitors. This involves new operators such as Getnet and Klap and respects the principles of non-discrimination and protection of competition.

The TDLC will also apply new fees to PSPs, collection companies and other businesses, lower than those applicable to businesses, based on the cost of services Transbank actually provides to such companies. You are requested to order

In its presentation, the Public Prosecutor’s Office also requested the court to notify the central bank and the central bank. Financial Markets Committee (CMF) Participate in the process, given that the Supreme Court decision referred to the regulatory role of issuers in the payment card market.

again, As Transbank develops its own activities to support banking transactions, it has given explicit instructions to CMF to ensure that the issuing bank also underwrites the risks arising from changes in the tariff model.

It is important to indicate that only the TDLC has the power to enforce compliance with the rulings in relation to the self-regulatory plan governing Transbank from the contract signed with FNE in 2005. In addition to presenting their defenses, the remaining intervenors and sector authorities may present their claims.

Opening of the Laibach: Occupied Europe Tour 1983 exhibition at Vienna's Photon GalleryThe exhibition Laibach: Occupied Europe Tour 1983 is being opened in the...
Previous article
Kanye West was heavily criticized after wearing a shirt with the phrase ‘White Lives Matter’ in Paris
Next article
Unbelievable: Junior showed up unbelievably, missing out on a tie for the U’s on the last play