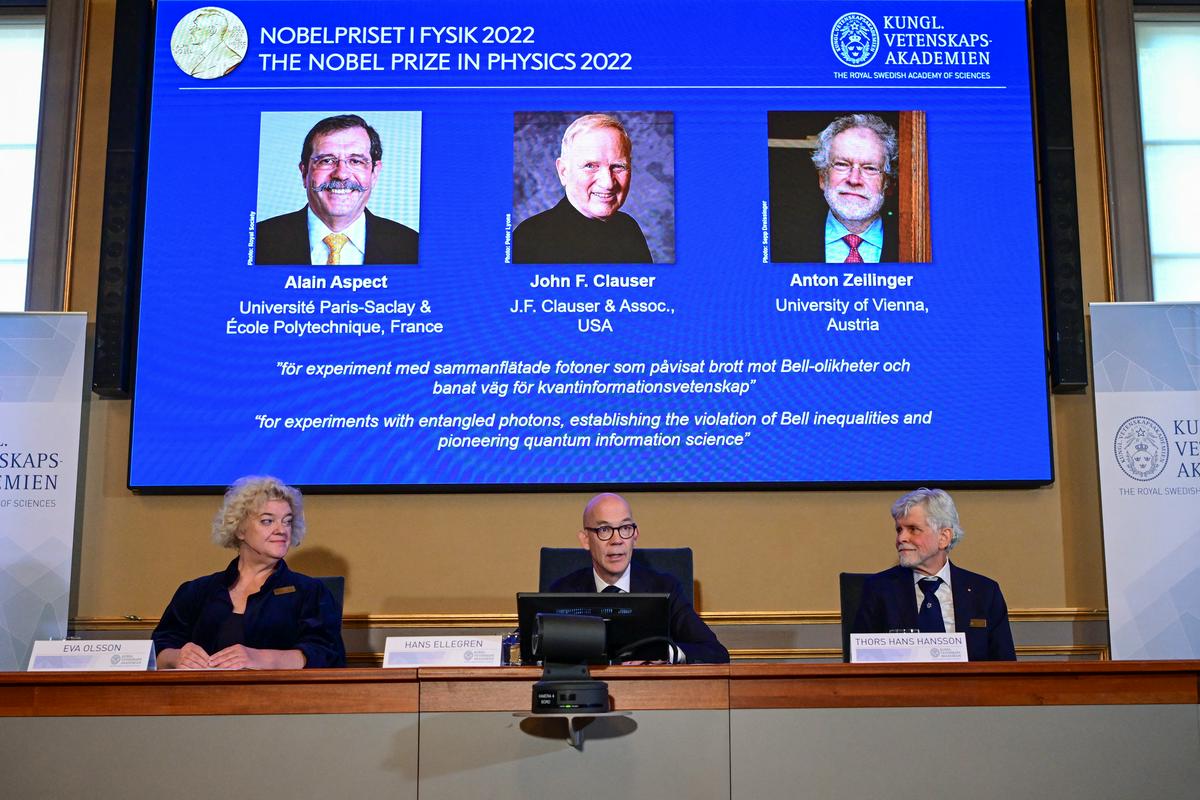 Friday culminates with the awarding of the Nobel Peace Prize

The Nobel Prize in Physics this year goes to three scientists – the Frenchman Alain Aspect, the American John F. Clauser and the Austrian Anton Zeilinger, who are engaged in the study of quantum mechanics, the Royal Swedish Academy of Sciences decided.

They received the award “for experiments with entangled photons, determination of violations of Bell’s inequalities and discoveries in the field of quantum informatics”. Each prize carries a check of 10 million Swedish kroner (900,000 euros).

“This year’s Nobel Prize winners in physics performed groundbreaking experiments using entangled quantum states, in which two particles behave as a single unit even when separated. The results paved the way for a new technology based on quantum information,” they also wrote at the announcement.

French physicist Alain Aspect, known for his experimental work in the field of quantum entanglement, won the Nobel Prize for an experiment with a new way of influencing atoms, according to the Swedish Academy, with settings “closed an important gap” in research.

The second laureate, the American theoretical and experimental physicist John Clauser, successfully proved the violation of Bell’s inequality by measuring the polarization of two entangled photons, in accordance with the foundations of quantum mechanics.

Austrian quantum physicist Anton Zeilinger from the University of Vienna received the award for research into entangled quantum states and further research into Bell’s inequalities. His research group has demonstrated a phenomenon called quantum teleportation.

Quantum science could open up new areas of use for computers and the ability to process huge amounts of data. The separate work of this year’s three Nobel laureates has refined theories that scientists such as Albert Einstein have pondered for decades.

The prize for physics has been awarded for more than a hundred years. Past award winners include, among others, Albert Einstein, Max Planck and Pierre and Marie Curie. Last year, the award went to the hands Syukur Manabe, Klaus Hasselmann and To Giorgio Parisi for “an innovative contribution to the understanding of complex physical systems”.

The announcements of this year’s Nobel Prize recipients began on Monday, when it was announced that the medicine or physiology prize would go to a Swedish scientist Svante Pääba for discoveries related to the genomes of extinct hominids and human evolution.

Nobel week will continue on Wednesday with the announcement of the recipients of the chemistry prize, followed by the literature and peace prizes by the end of the week. Next Monday, the Nobel Prize in Economics will be announced.

The prizes will traditionally be awarded on December 10, the anniversary of the death of the Swedish inventor and founder of the monetary fund Alfred Nobel.