Minister Shoigu: Russia has so far conscripted more than 200,000 people 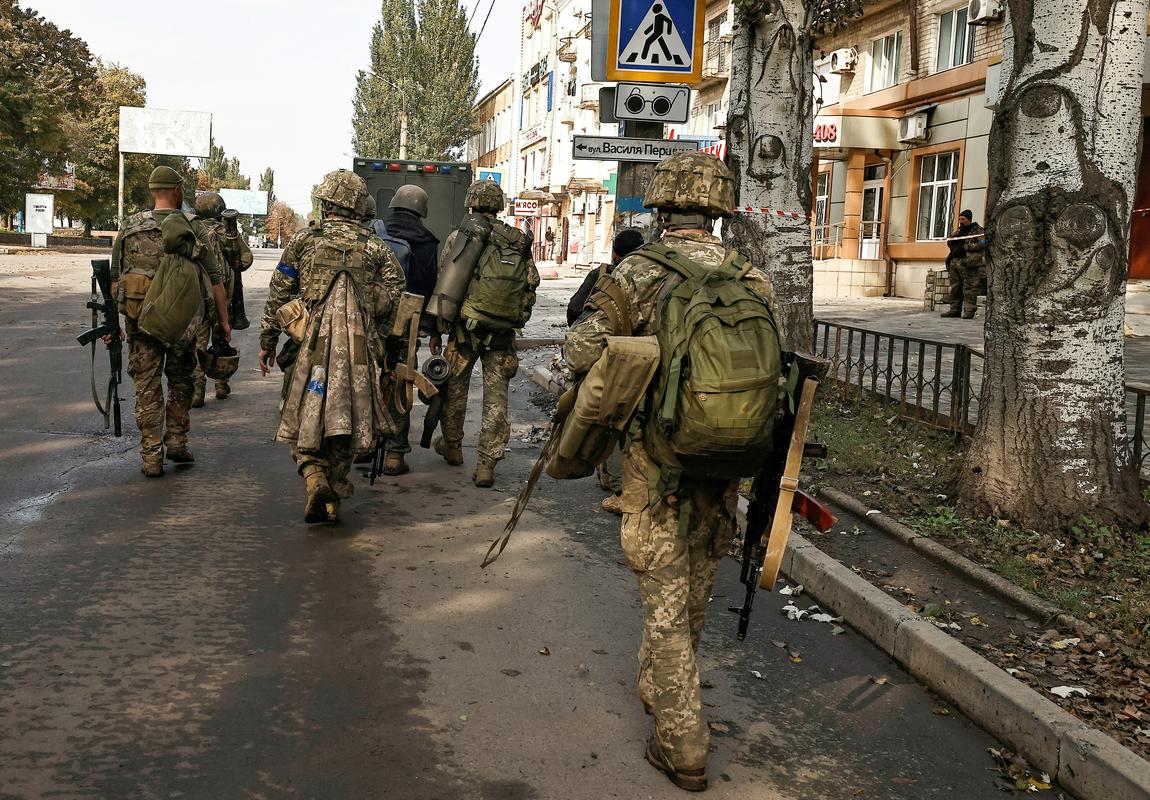 Ukrainian forces are advancing along the Dnieper River in the south of the country and are still on the offensive in the east, meaning that the Russian army no longer controls the entire territory it annexed. In the meantime, the first mobilized Russian soldiers arrived in the Donetsk Basin.

According to the Russian authorities, the first mobilized Russian soldiers have arrived in the occupied Ukrainian region of Donetsk and Luhansk. The Russian Ministry of Defense wrote on Telegram that the first mobilized soldiers are already being trained in the Donetsk region, and even before that, the command of the Russian army announced the arrival of reservists in Luhansk. According to the ministry, reservists will guard supply routes in the rear of the front after training.

On September 21, Russian President Vladimir Putin issued an order to mobilize hundreds of thousands of reservists, but many irregularities were soon discovered, as people who did not meet the conditions for this were also called up. As a result, Moscow suspended and transferred the officer in the Khabarovsk region on Monday Jurija Lajkoas several thousand people were mistakenly conscripted there to fight in Ukraine.

“Of the several thousand compatriots who received a summons and came to the conscription offices in the last ten days, about half of them were sent home because they did not meet the criteria for conscription,” said the governor of the region Mihail Degtaryev. He emphasized that this will not affect the fulfillment of the tasks assigned to them by the Russian president.

Meanwhile, according to the Russian news agency Tass, local authorities in the Yakutia region also sent around 300 men home because they were unjustly conscripted.

Russian Defense Minister Sergei Shoigu meanwhile announced that more than 200,000 people have already been called up as part of the partial mobilization, and their training is taking place at 80 training grounds and six training centers. In doing so, he emphasized that many volunteers had also applied, and urged the mobilization centers not to reject them if there were no serious reasons for doing so. He also reiterated that the competent agencies had received instructions to equip the recruits with the necessary equipment and train them.

President of Ukraine Volodymyr Zelensky said in an overnight video address that the army had succeeded “conquer some new places in several provinces”, but that fierce fighting is taking place in several areas. The losses of the Russian army were confirmed both in the Kremlin and by pro-Russian leaders in the Ukrainian regions. They also announced that the Russian army is defending itself with all its might, writes the BBC.

Representative of the Russian occupation forces in the Kherson region Kiril Stremusov confirmed that the Ukrainian forces near Dudčani moved about 20 kilometers south. The Ukrainian army destroyed 31 tanks in this area.

The Acts of Annexation state that the four republics and regions, which will retain their current names, were officially established on the date of their annexation, which is Friday 30 September. The boundaries of the new entities will be the same as the existing ones “existed on the day of their establishment and annexation to Russia”. Residents of the newly created entities are considered Russian citizens from the date the regions were annexed to Russia. Those who want to renounce their Russian citizenship have one month to apply for it.