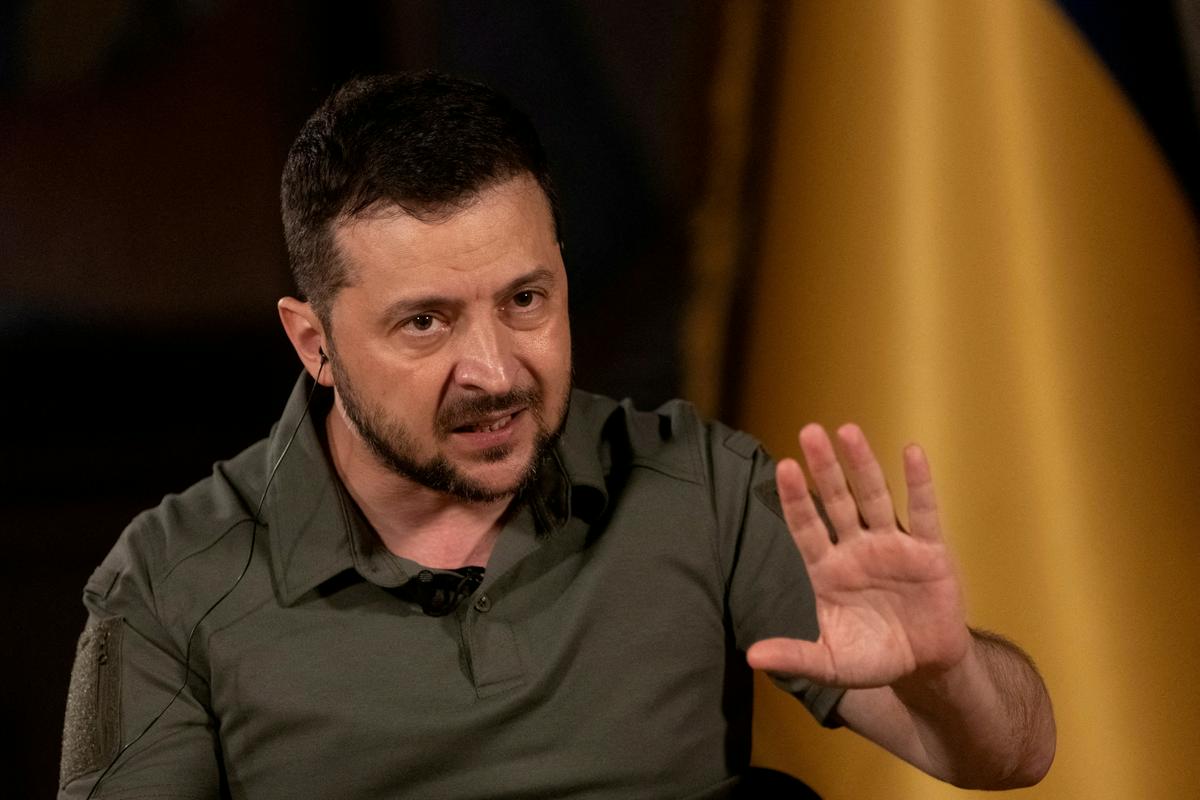 Ukrainian President Volodymyr Zelensky has announced a decree banning Ukrainians from negotiating with Russian President Vladimir Putin. Meanwhile, Russian Defense Minister Sergei Shoigu announced that 200,000 people had been called up as part of the mobilization.

Before Zelensky’s announcement, the decree banning negotiations with Putin was approved by Ukraine’s Security and Defense Council, which consists of members of the government and heads of the armed forces and security services.

After the Russian invasion on February 24, there were many talks between representatives of both sides, but the Kremlin set strict conditions for all negotiations at the presidential level, which were unacceptable for Ukraine. With a successful counter-offensive, Kyiv has now virtually ruled out the possibility of talks until Russian forces withdraw from their territory.

At the same time, the Ukrainian Security and Defense Council is a Russian annexation of four Ukrainian ones regions again characterized as a violation of international law.

Russian President Vladimir Putin is 21. in September issued an order for the mobilization of hundreds of thousands of reservists, but many irregularities were soon discovered, as people who did not meet the conditions for this were also called up. Therefore, on Monday, Moscow suspended and transferred the officer v the region Khabarovsk Yuri Likeas several thousand people were mistakenly conscripted there to fight in Ukraine.

“Of the several thousand compatriots who received a summons and came to the conscription offices in the last ten days, about half of them were sent home because they did not meet the criteria for conscription,” said the governor regions Mihail Degtarjev. He emphasized that this will not affect the fulfillment of the tasks assigned to them by the Russian president.

Meanwhile, according to the Russian news agency Tass, the local authorities in the region Yakutia about 300 men were sent home because they were unjustly conscripted.

Russian Defense Minister Sergey Shoigu meanwhile announced that more than 200,000 people have already been called up as part of the partial mobilization, and their training is taking place at 80 training grounds and in six centers for training. At the same time, he emphasized that many volunteers also signed up, and centers for mobilization, called on them not to be rejected if there are no serious reasons for this. He also reiterated that the competent agencies were instructed to equip the conscripts with the necessary equipment and train them.

After being the president of Russia Vladimir Putin on Friday solemnly announced the annexation of four Ukrainian regions Lugansk, Donetsk, Zaporozhye and Kherson, their annexation to Russia was unanimously approved on Monday by the lower house of the Russian parliament, the Duma.

Today, the upper house of the Russian parliament also decided on the annexation and unanimously accepted the annexation of all four Ukrainian ones regions Russia. The document will now be back in the hands of President Putin, who will sign it again. This will complete the formal process of annexation, and Russia will annex 18 percent of Ukraine’s territory. Her move is not recognized by the international community.

The Acts of Annexation provide that there were four republics and regionswhich will retain their current names, officially established on the date of their accession, which means Friday, 30 in September. The boundaries of the new entities will be the same as the existing ones “existed on the day of their establishment and annexation to Russia”. Residents of newly established entities shall from the date they were regions annexed to Russia, are considered Russian citizens. Those who want to renounce their Russian citizenship have one month to apply for it.

The US will send four more modern missile systems to Ukraine Himars, which play a key role in the fight against the Russian military, an unnamed US military official said in Washington on Monday. It will be part of a new $625 million aid package to be officially announced today.

Artillery missile systems of high mobility (Himars) enable the Ukrainians to shell Russian forces from afar, destroy bridges and other infrastructure, and hinder the supply of Russian troops at the front. The USA has already delivered 16 such systems to Ukraine.

The U.S. also provided assistance to Ukraine under a special program, the Ukraine Security Assistance Initiative, under which Kyiv can purchase 18 more systems Himars with long-term installments. The latest aid package also includes ammunition and other equipment for Ukrainian troops.