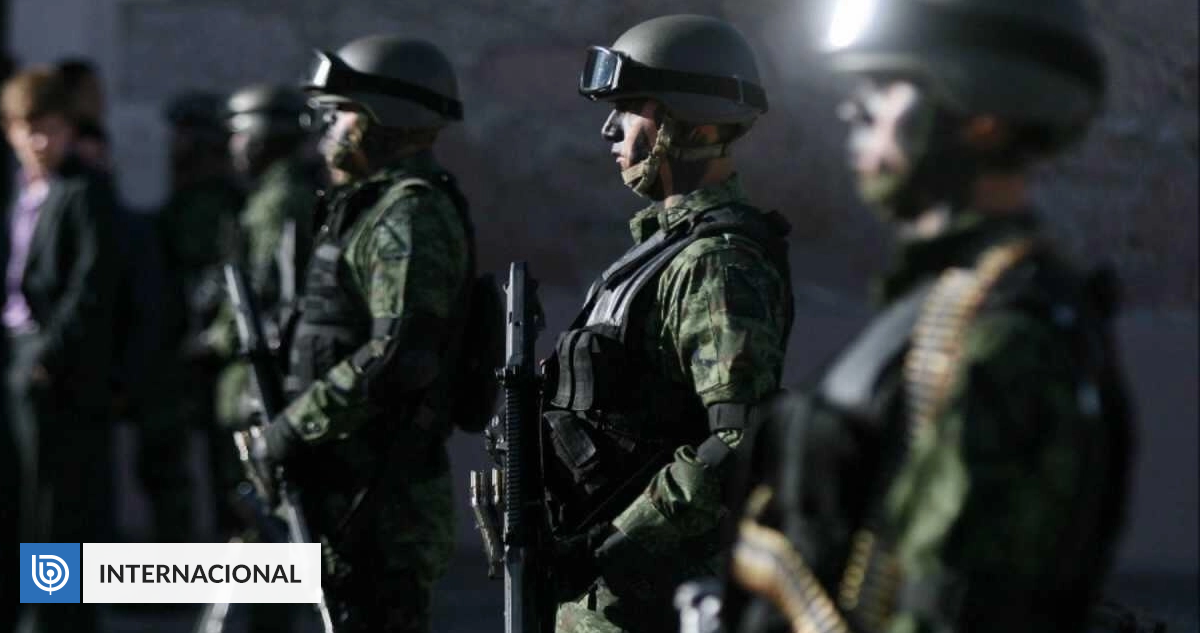 Like the Colombian and Chilean forces, the Mexican military has also been breached by the Guacamaya hacktivist group. These are some of the main revelations.

gang hacking Macaw Exfiltration of tens of thousands of documents and emails from the Ministry of Defense (Cedena) from 2016 to present reveals Mexican military vulnerabilities in cybersecurity and reveals evidence of human rights abuses, experts say became. by Efe.

“It reveals incompetence or carelessness on the part of the government in protecting the agency’s cybersecurity, But the information uncovered has already contributed to our earlier investigations[related to human rights violations],” said Luis Fernando Garcia, executive director of R3D: Network in Defense of Digital Rights. said in an interview.

Leopoldo Maldonado, director of Mexico and Central America for NGO Article 19, told Efe that the army and the government “have internal ‘responsibility for omission’ for vulnerabilities in their networks and cyber security systems.” said he owes ” .

Furthermore, he emphasizes that: The Army conducts intelligence activities illegally And this information is “free-flowing, putting people at even greater risk.”

Last week, multiple media outlets reported that tens of thousands of emails from 2016 to the present were leaked to the Secretary of Defense (Cedena)’s servers.

Over 4 million documents extracted by the collective Macaw A group of anonymous cyber activists who have already hacked into mining companies in countries like Chile Also Guatemala oil companies, Public Prosecutor’s Office Venezuela .

More recently, systems such as those of the Chilean Army and the General Command of the Colombian Armed Forces have been compromised.

Espionage against journalists and activists

The document contains the following details: president’s health They show the power of the Army within the government and the dispute between the Secretary of Defense (Cedena), Luis Crescencio Sandoval, and the Navy (Semar), José Rafael Ojeda.

There are also details about the so-called “Clear Canaso” about the failed October 2019 operation to arrest Ovidio Guzman, son of “Chapo” Guzman, in the state of Sinaloa in the northwest of the country, or the disappearance of 43 students from a rural school. Ayotsinapa (Guerrero) 2014.

Maldonado and Garcia provided statements to Efe after Monday’s presentation of the investigationn “Spy Army” This includes the case of Raymundo Ramos, a human rights advocate in Tamaulipas. Ricardo Rafael, a journalist and a journalist for the Animal Politico news agency, whose cell phone was seized during the current Mexican administration.

“The investigation we have been working on for months has been recently fed by information obtained by the computer attack on Cedena,” Garcia said, along with his fellow investigators, Mexican President Andrés. – Requested an answer from Manuel Lopez.Obrador. .

But this morning, the president denied accusations that the Army was spying on journalists and opponents through software. Pegasus .

“It is not true that journalists and adversaries are being spied on. We are not the same[government]as we were before.

López Obrador confirmed that he had made a promise that no one would be spied on, that “there are no adversaries,” and called for any evidence to be presented to the corresponding authorities, but after reading about the complaint, he said, “The elements are There is none”.

So far, multiple news outlets have released information gleaned from the leaked documents, but experts say that, given the volume, full information will emerge in the coming weeks or months. claim.

“It’s not easy to process this information, so in a few days to a few months[we’ll know more]. We’ll know more, just knowing Sedena from the inside.” But the Mexican government itself will get to know because of the concentration and centrality of functions that Cedena had in this Congress,” Maldonado pointed out.

Previous article
Argentinian journalist reveals Lionel Messi is leaving PSG: assures he already has a new club
Next article
After months of back and forth: Elon Musk will complete Twitter acquisition