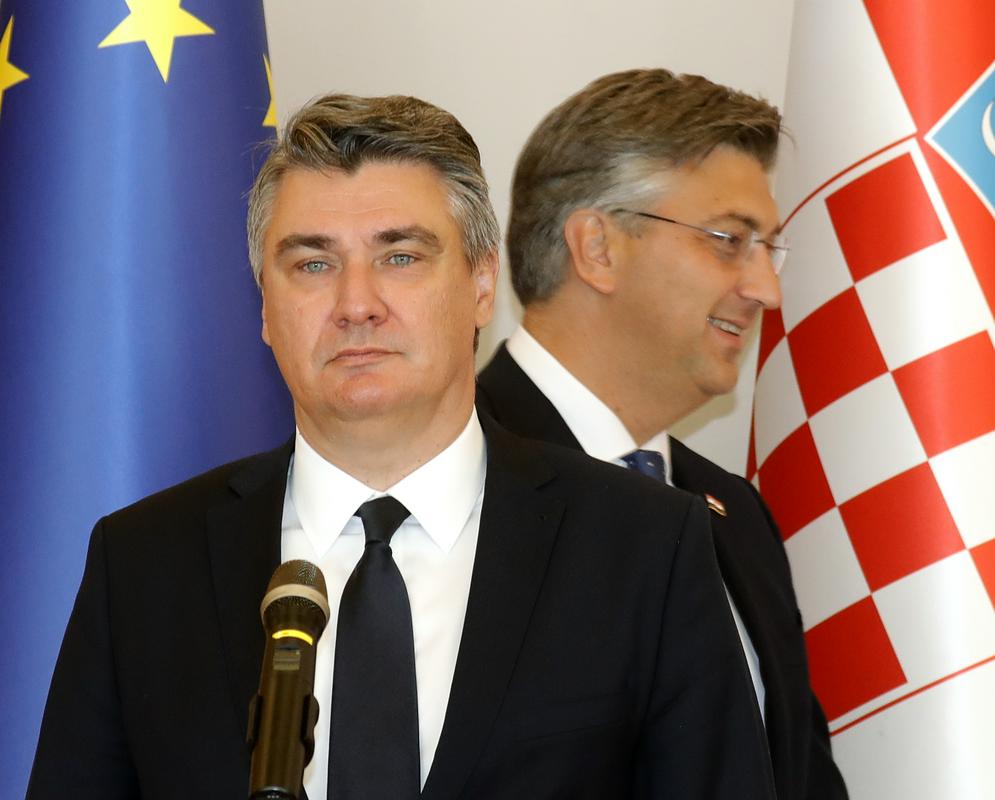 Due to disagreements between President Zoran Milanović and Prime Minister Andrej Plenković, Croatia has been without several ambassadors and consuls with full powers for months.

“Anyone who agrees to become Plenković’s fake ambassador and passes as chargé d’affaires will never be an ambassador because he will not get my signature,” Milanović said on Tuesday.

According to him, the prime minister and the ruling HDZ party are sending their people to embassies to assume the position of chargé d’affaires, and with this they want to bypass regulations, constitutional obligations and duties.

“Don’t fall for it. Anyone who falls for it can’t say they weren’t warned. Anyone who agrees to be Plenković’s false ambassador does so with full awareness that manipulates and he’s cheating the law, and he won’t get my signature,” Milanović was clear.

The issue of appointing ambassadors has long been the subject of disagreements between the Croatian government and the country’s president, who are responsible for sending diplomats abroad. According to the Croatian constitution, the final decision on the appointment and recall of heads of diplomatic missions abroad is made by the President of the Republic with the prior co-signature of the Prime Minister. Candidates for ambassador positions are proposed by the government in consultation with the competent committee in the Croatian Parliament.

The only reconciliation was two years ago

Currently, the situation is critical for almost 40 ambassadorial positions or consul general positions, the Croatian newspaper Večernji list recently warned. Among other things, there are still unfilled ambassador positions in Paris, the Vatican, and Vilnius, and the four-year mandate of ambassadors in some other important countries or organizations has also expired. Croatia currently does not have an ambassador with full powers in Washington, Tokyo, Rome, London, New Delhi, Doha and Bratislava, as well as in the NATO alliance.

The only Croatian diplomat that Plenković and Milanović agreed on more than two years ago is the ambassador to Serbia Hido Biščević. Since then, they have not agreed on any other name.

Plenković called some of Milanović’s previous proposals unacceptable, while Milanović keeps repeating that he wants to prevent HDZ from confiscating everything it can. He added that he wants to arrange the candidates in such a way that it is known who answers to whom.

The government accepted Milanović’s request that the appointment of ambassadors be distributed among Pantovčak and Banske dvore, or that the president of the country and the prime minister each choose their own ambassadors, characterized it as an attempt by the president to change the ambassadors into something they should not be, or as an example of bad practice that is against the constitution. This stipulates that the Prime Minister and the President jointly decide on foreign policy.

The last major appointment of ambassadors took place at the end of 2018 or the beginning of 2019, when the country’s president was Kolinda Grabar Kitarović. In January 2019, the Croatian ambassador to Slovenia Boris was among the more than ten ambassadors appointed by the president at the time Grigić.

Previous article
Šinko: The strategic plan of agricultural policy represents an agreement on what Slovenian agriculture should be like
Next article
Covid’s last registered infections have lower viral load, faster recovery