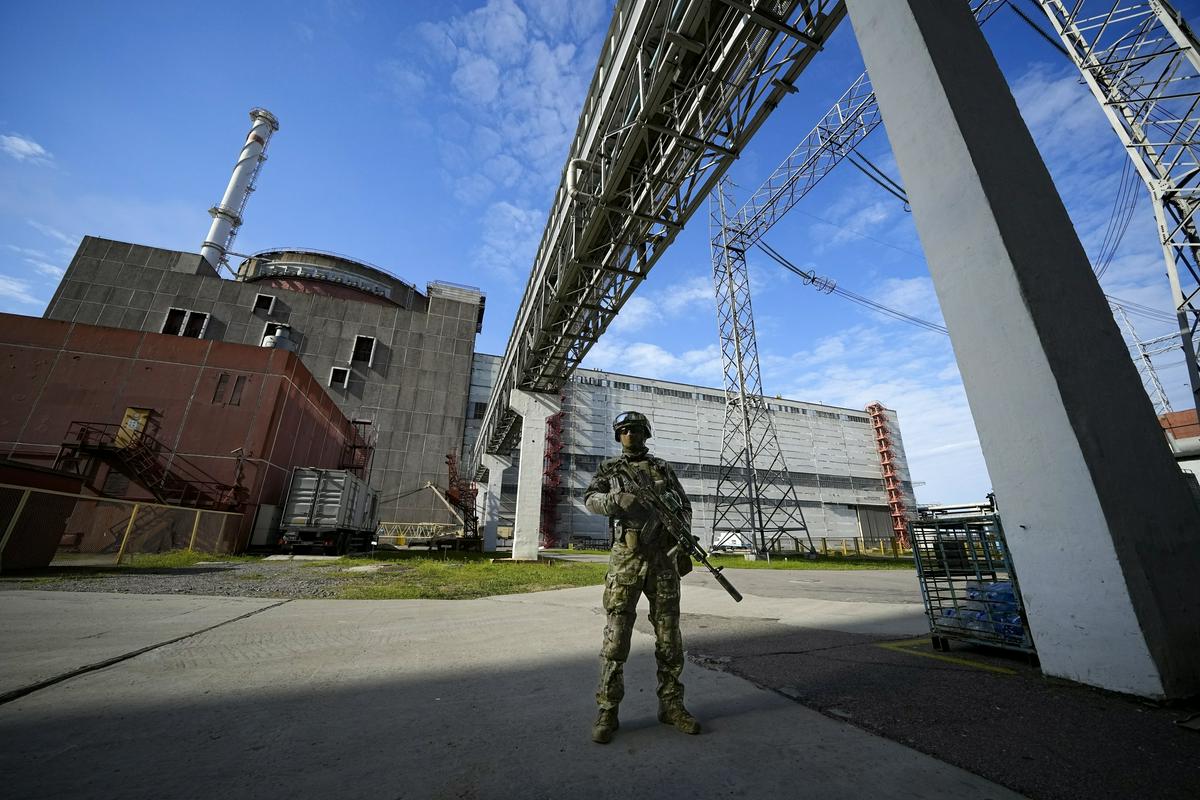 After signing the document on the annexation of four Ukrainian provinces to Russia, Russian President Vladimir Putin issued a decree ordering the government to take ownership of the largest Ukrainian and European nuclear power plant, Zaporozhye.

“The Russian government will take steps to establish federal ownership of the Zaporozhye nuclear power plant and other facilities necessary for its operation,” it is written in Putin’s decree. All permits issued to the nuclear power plant and its employees before September 30 will remain valid until new ones are issued in accordance with Russian laws, Russian news agency Tass reported.

“It’s a shame that they are also trying to implicate Ukrainian nuclear experts, who heroically worked for more than seven months during the occupation at the power plant in Zaporozhye,” Energoatom wrote on social networks.

Putin’s decree comes as the Director General of the International Atomic Energy Agency (IAEA) Rafael Grossi is traveling to Kyiv, where he will discuss the establishment of a security zone around the mentioned nuclear power plant.

The Zaporozhye nuclear power plant has been under Russian control since March, and shelling around the facility has since raised fears of a nuclear disaster. The IAEA visited the plant in early September, and several members of the agency’s team remained in its area and are constantly monitoring the situation.

The chairman of Energoatom, which oversees Europe’s largest nuclear power plant, said the plant could be restarted shortly. Due to fierce fighting around the facility, six nuclear reactors were shut down on September 11. Now he is the president of Energoatom Petra Kotin said two reactors could be restarted to “protect safety settings at the plant as winter approaches and temperatures drop”.

Earlier in the Kremlin, Putin also officially signed the annexation of four Ukrainian regions to Russia – Donetsk, Lugansk, Kherson and Zaporozhye. He announced that they are part of Russian territory already at a ceremony on Friday, and the annexation was also confirmed this week by both houses of the Russian parliament. With Putin’s signature, the annexation is now final for Russia, and the borders of the regions are considered the state borders of Russia.

Later, in a speech at an awards ceremony for teachers, Putin announced that Russia would stabilize the situation in the four Ukrainian provinces it illegally appropriated. When the situation stabilizes, they will be able to develop these regions in peace, he asserted.

Ukrainian President Volodymyr Zelensky said that the Ukrainian army has liberated several places in recent days during its advance in the south and east of the country.

Zelensky said that Ukrainian forces are making rapid progress and have established control over several places in Kherson, Kharkiv, Luhansk and Donetsk regions. According to him, in the Kherson region in the south alone, they captured eight places in the last few hours. “Our soldiers do not stop. It is only a matter of time before they expel the occupier from our territory,” the Ukrainian president also said.

Ukrainian governor of the Luhansk region Sergij Gajdaj announced that the Ukrainian army “officially started to liberate” this region in the east of the country, which was almost entirely under the occupation of Russian forces. They liberated several places and raised the Ukrainian flag there, he said, but did not specify which places.

In the video message, he emphasized that it is “the territory must be cleared because, especially in the city of Kremina, the Russian occupiers are spreading anti-personnel mines that are intended to maim people”. He also said that for the first time in several months, they visited Bilogorivka, which was completely destroyed by Russian forces, but 15 people remained in it, who brought them humanitarian aid.

As Zelensky said on the occasion, he signed a decree on the annulment of all decrees of the Russian president and all acts adopted for the implementation of these decrees for the attempt to annex Ukrainian territory from 2014 to the present day.

Kremlin representative Dimitrij Peskov said that there is no contradiction between the annexation of four Ukrainian regions to Russia and the withdrawal of the Russian army, as Moscow will continue plans to annex the regions. He added that the Russian forces will win “lost territory” back after Moscow suffered a series of military defeats in recent weeks.

In doing so, Peskov reiterated that four Ukrainian regions are now “forever Russian and they will not be returned”and announced that Russia will continue to be in contact with those who express a desire to join Russia.

“So far, from the press conferences in Denmark and Sweden, we have heard nothing but worrying statements that exclude any cooperation with the Russian side,” Peskov said. He added that Moscow will wait for explanations, as it is convinced that there should be “Russian participation in inspecting the injuries and investigating the incident is mandatory”.