In the EU, ready to discuss the price cap for gas. Kumer: The cap in Slovenia gradually. 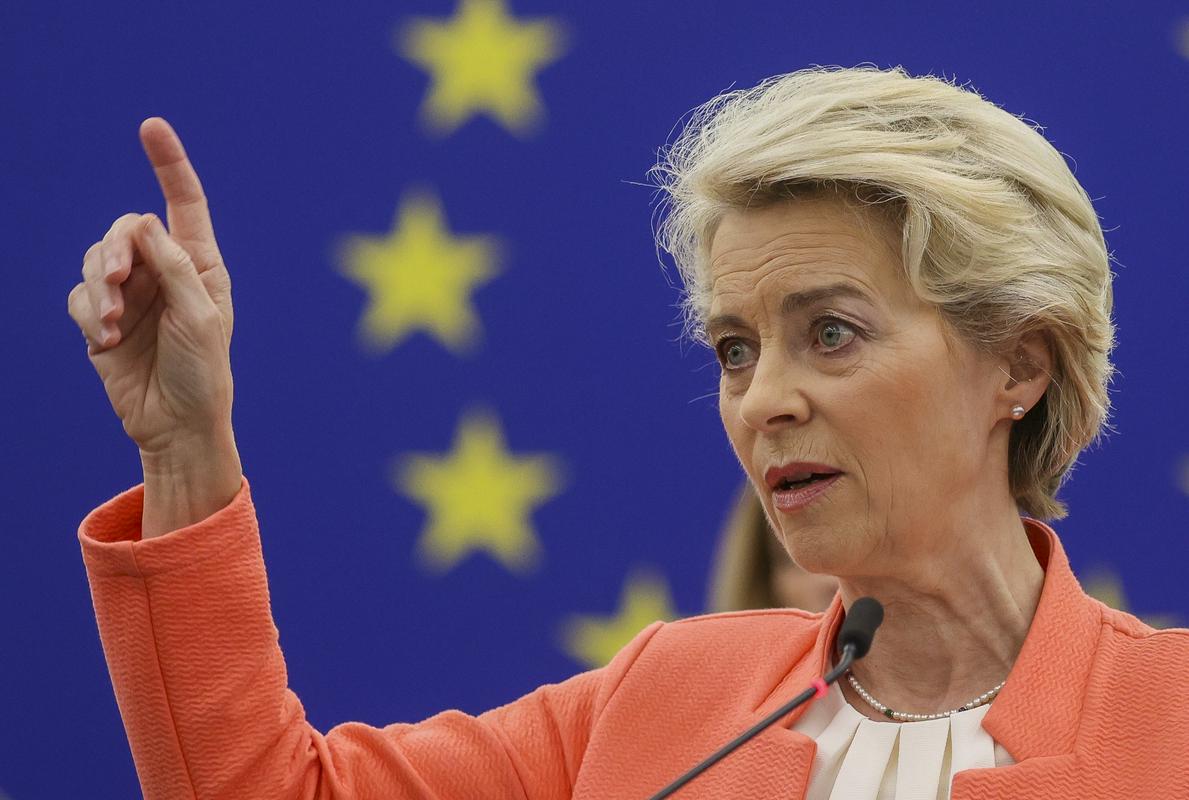 Minister Kumer: I am sure that there will be no reduction in electricity consumption in Slovenia

The members of the European Union reached an agreement on the eighth package of sanctions against Russia, which also includes the legal basis for the introduction of a price cap for Russian oil. Slovenian Minister Bojan Kumer is convinced that this measure is necessary.

Among other things, the sanctions include the legal basis for the introduction of a price cap for Russian oil. It should apply only to the maritime transport of crude oil and certain derivatives to third countries and certain services related thereto. An agreement in principle on setting a price cap for Russian oil for third countries was already reached within the G7 group, on which was also mentioned by the President of the European Commission during the presentation of the proposal for sanctions Ursula von der Leyen.

The EU decided on a new package of sanctions because of Russia’s escalation of aggression on Ukraine, after Moscow is in Ukrainian regions Donetsk, Luhansk, Kherson and Zaporozhye organized referendums on joining Russia. Meanwhile, the annexation, which is not recognized by the international community, has already been implemented.

The European Union has so far adopted seven packages of sanctions against Russia because of its attack on Ukraine, which began at the end of February. The last one, which includes, among other things, a ban on the import of Russian gold, was approved by the members in July.

Kumer: The cap is probably gradual

Slovenian Infrastructure Minister Bojan Kumer believes that Yes is an intervention on electricity market necessary and easiest to reach by Yes a wage cap is introduced for all natural gas. He is convinced Yes the cap will also be introduced in Slovenia, but gradually. First of all on Russian gas, then on the remaining pipeline natural gas, then on liquefied gas (LNG), only then will we reach a firm price limit for all gas on wholesale markets. Expecting, Yes this will happen by the end of October.

In accordance with the European regulation, Slovenia will have to achieve a 10% saving in electricity. It will start on volunteer base, Kumer stated. If this is not enough, they will introduce “soft” measures, for example with external lighting on parking lots. They are also testing “flexible savings” in some subjects in electrical spikes. Reductions could be the last measure, but Kumer is convinced Yes it won’t happen. This is what the exercise should show on electricity and gas, which was recently implemented. “I await winter with calmness,” he said.

During the day, his statement about a possible ban on the operation of ski resorts, if there was not enough electricity to supply the population, echoed violently. In Echoes he emphasized, Yes made the statement after repeated calls to present a worst-case scenario example. But he is convinced Yes we won’t even come close to that.

The President of the European Commission, Ursula von der Leyen, emphasized in her speech in the European Parliament, Yes only a strong and solid Europe will stop the Russian president Vladimir Putin. She presented the planned measures regarding energy prices and added, Yes the EU is ready to discuss a ceiling on the price of gas used to generate electricity.

The inflationary impact of gas must be limited in the European Union on electricity prices, so we are ready to discuss the upper limit of the price of gas used to produce electricity, she emphasized. According to her, this restriction, which would be temporary, would be the first step towards structural reform of the electricity market. “Such a gas price ceiling must be properly designed, Yes security of supply is ensured,” she said. According to her, gas prices should also be examined outside the electricity market.

The commission will also work with the member states to reduce uncertainty and the impact of price manipulations carried out by Russia, the president of the commission emphasized. In addition, it announced intensified negotiations with reliable partners such as Norway and called for the establishment of an energy platforms for joint purchases of gas in the EU, Yes would lower energy prices. In doing so, she emphasized Yes a scenario where Member States will again compete with each other must be avoided on world markets, which would increase the price of gas.

“Two things remain the most important in our action: it is united and solidary action,” von der Leyen said. The measures taken by EU countries must “maintain equal competitive conditions within the Union”she added on the end.

According to the president of the commission, the EU has so far established key instruments to survive the winter and to solve the dependence on Russian gas, these measures provide the first level of protection. The EU will thus be able to pass on the next level of action, she said, outlining a plan to end dependence on Russian fossil fuels RePowerEU.

The main speaker of the commission Eric Mamer later explained, Yes is the price cap idea mentioned by the President related to gas trading in Europe on wholesale markets and not directly through the price paid for imported gas. At the same time, he admitted “the connection between the price of gas, s which is traded in Europe, and the price of the gas we buy from outside”.

President von der Leyen explained the proposals that she presented to the MEPs in the morning in more detail in her letter today to the leaders of the EU member states, who will meet on Friday on informal session in Prague, on one of the central topics will also be measures to deal with the high cost of energy.

As, among other things, in connection with the gas price ceiling, she wrote in the letter, such a price cap agreed in the EU should be created on the way Yes it would not increase the total gas consumption. Such a measure requires binding gas-saving measures to compensate for weaker price signals and to protect cross-border flows of subsidized electricity.

The coming winter will be a big test for the EU, which it has to pass successfully, which will require unity, he said Manfred Weber (EPP). He warned Yes it is also necessary to oppose the populists in the Union, who have only one goal, that is to weaken the EU. Ukraine needs weapons, including tanks, he said, and supported a new package of sanctions and financial aid to Ukraine.

She also supported the new package of sanctions against Russia Iratx Garcia Perez (S & D) and emphasized the importance of a unified response. That is why, according to her, it is necessary to isolate as much as possible those European leaders who smile at Putin, because he will continue to persist with attempts at discord in the EU.

He also called for overcoming disagreements in the Union Petras Auštrevičius (Renew). Ukraine needs help, now is the time, Yes let’s decide about its future, because it is on European security is also at stake. Ukraine’s membership in NATO plays a key role in this, cooperation and partnership must be established, he added.

He called for even tougher measures against Russia Sergei Lagodinsky (Green), who called on the commission and its members to on members of the Duma are also included in the list of sanctions.

If Europe wants to continue helping Ukraine, it must be ensured that Yes there will be no burden of measures on shoulders of European citizens and companies, warned Marco Zanni (ID).