Golob with his Ukrainian colleague Shmigal on NATO membership: The right way and the right moment must be found 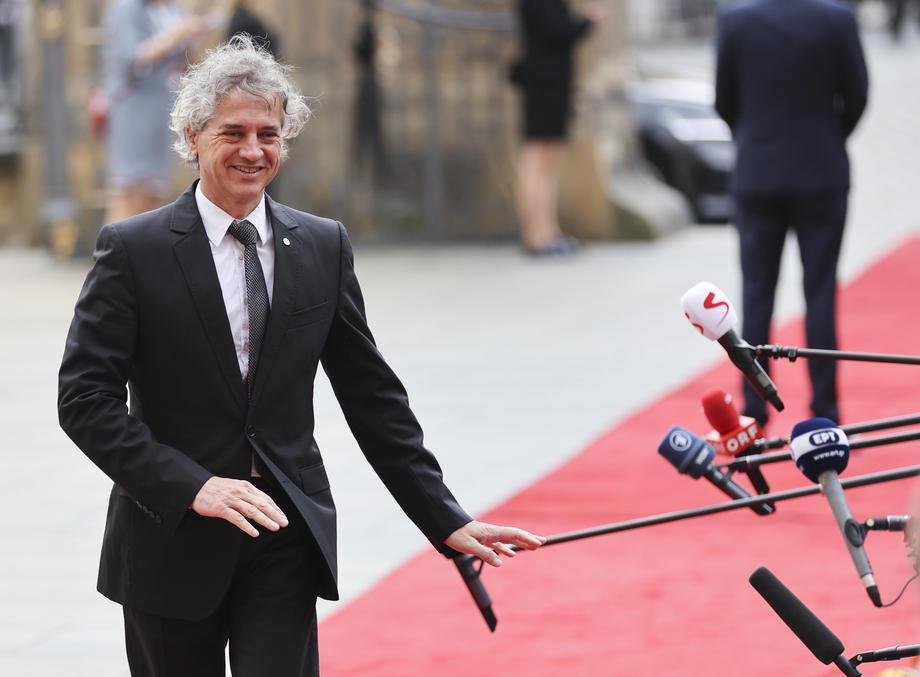 Prime Minister Robert Golob met with his Ukrainian counterpart Denis Shmigal in Prague. They agreed that with Russia’s annexation of Ukrainian territories, the world may be at a turning point, and regarding Ukraine’s membership in NATO, they concluded that the right path must be found.

According to Golob, the two interlocutors agreed that the world may be approaching a tipping point at the diplomatic level. The annexation of four Ukrainian regions to Russia may be the point at which even some countries that were now neutral or even sympathized with Russia will see that this is irreversibly changing the structure of the international community in a way that no one in the world could have imagined. he doesn’t want to, said Golob.

“I think this point (of the agreement) is the most important. And precisely diplomatic efforts in the direction of clarification and also clear condemnation of such actions by the whole world are what we really need to give maximum emphasis in the next few days,” the prime minister said before today’s first meeting of the European Political Community (EPS) and Friday’s informal EU summit in Prague. The Czech Republic presides over the Council of the EU for the second half of the year.

After the Russian annexation of the regions of Donetsk, Luhansk, Kherson and Zaporizhia, Ukraine applied for NATO membership, but Slovenia expressed reluctance to do so in recent days. Regarding Ukraine’s request to join NATO through an expedited procedure, Foreign Minister Tanja Fajon explained in Tuesday’s Echoes that NATO membership advocates an open door policy, but there are concerns in this case. The question is whether this is the right move at this time, as it brings a series of security risks. Nato is an organization of collective defense, if one member is attacked, all are attacked. Ukraine’s entry into NATO would mean that the entire NATO alliance is at war with the Russian Federation, she emphasized.

As the Prime Minister said today, the Slovenian side clearly explained to the Ukrainian side at the meeting in Prague that the process of accession to NATO has been open for a long time and that the request “it is not controversial in itself”. “But you have to find the right way and the right moment to implement it,” he emphasized. “This path must be uniformly supported by all allies, and I think that is exactly the direction that the talks will go in the next few days,” he said. “This does not mean that a solution can be found overnight, but we must start looking for it immediately,” said the Slovenian Prime Minister after the meeting with his Ukrainian colleague, who will also attend the meeting of the European Political Community.

The two prime ministers also agreed on the importance of European unity, which can only be so effective in supporting Ukraine in its fight against Russian aggression.

The Slovenian Prime Minister also said that unity regarding Russian aggression against Ukraine will also be sought at today’s meeting of the European Political Community, which is being attended by the leaders of 44 European countries.

According to the President of the European Council Charles Michel today’s meeting is very important, as countries on the European continent face the same challenges and leaders will have the opportunity to discuss with the aim of improving cooperation. Even the Belgian Prime Minister Alexander De Croo emphasized the importance of today’s first EPS session. “If you just look at the turnout, you can see the importance of today’s event. The whole continent of Europe is here, except for two countries – Belarus and Russia. It shows how isolated these two countries are,” he told reporters.

The purpose of the EPS is primarily to ensure political dialogue between the participating countries and to strengthen the security, stability and prosperity of the European continent.

Previous article
‘Don’t be rude’: Journalist experiences sudden office interruption as he yells against UN
Next article
The Medical Chamber sees the future of healthcare in value-based healthcare treatment