Russia accuses Russia’s enemy Kara-Murza of ‘high treason’: they accuse him of collaborating with NATO country 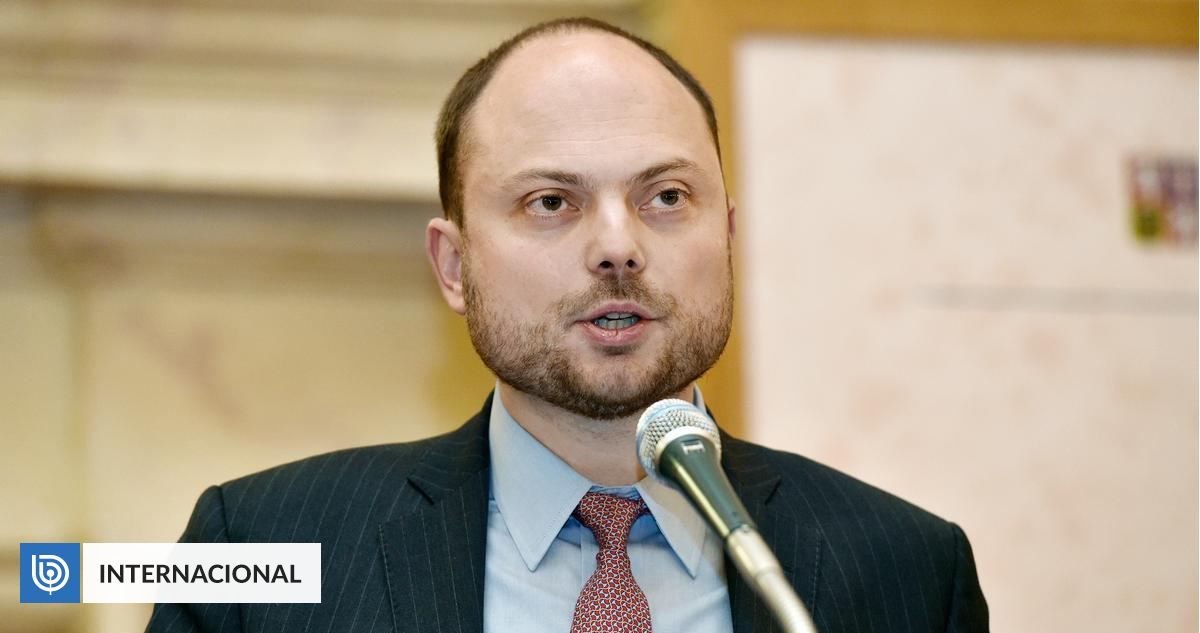 Russian authorities on Thursday charged opposition politician and journalist Vladimir Kara-Murza with high treason for collaborating with a “NATO member state” and could face up to 20 years in prison.

Russian opponent Vladimir Karamurza He has been in custody since April for “discrediting” the Russian military, according to one of his lawyers, but has been charged with high treason for openly criticizing Russian authorities abroad.

Lawyer Vadim Prokhorov, quoted by TASS news agency, said: “Our client has been accused of high treason in three cases in which he criticized Russian authorities during public activities in Lisbon, Helsinki and Washington. .

Federal Security Service (FSB) investigators further believe the journalist and political activist “has been working with one of the NATO member states for a long time.”

“This Thursday, in the presence of lawyers, Kara-Murza was indicted for high treason under Article 275 of the Criminal Code of the Russian Federation,” a Russian security force source told the outlet.

chain RTthe Kremlin’s Foreign Propaganda Department pointed out that Kara-Murza’s support for NATO was contrary to Russia’s security, for which he would have received about $30,000 a month.

High treason is punishable by 12 to 20 years in prison in Russia.

Karamurza, who wrote opinion articles in media such as washington post He was arrested in April on suspicion of spreading false information about the army, having lived outside Russia but returned home despite repeated warnings.

A close ally of the murdered opposition leader who was considered a prisoner of conscience by Amnesty International (AI) Boris Nemtsov also collaborated with Kara-Murzá Mikhail Khodorkovsky In Open Russia, an old movement dedicated to defending Russian civil rights and democracy, self-disbanded in 2021 due to judicial persecution.

A 41-year-old journalist and dissenter who declared himself a Russian foreign agent and campaigner in favor of the Magnitsky List of sanctions against Russian human rights abusers, the military credentialed for a speech delivered to parliament. was accused of injuring March 15, Arizona (USA) representative.

In this speech, he criticized the policies of Russian President Vladimir Putin, criticizing what the “Putin regime in Ukraine” is doing, “the use of cluster bombs in residential areas, maternity hospitals and schools”, and “the war crimes of the dictatorship”. ‘ was denounced. The Kremlin against a country in the middle of Europe.”

On March 4, eight days after launching a “special military operation” in Ukraine, the Russian president enacted a law punishing dissemination of “false information” about the Russian military with heavy fines or 3 to 15 years’ imprisonment. did.

Kara-Murzá survived two poisoning attempts in 2015 and 2017. He was previously tracked by the same Federal Security Service unit that poisoned opposition leader Alexei Navalni, according to his Bellingcat of the research group.

Previous article
Hilary Swank becomes a mother for the first time at age 48 and has twins, how does she go through pregnancy at that age?
Next article
The mystery of Cankar’s room and other fragments from the secret life of Switzerland