Dove with Shmygal on Ukraine’s membership in NATO: The right way and the right moment must be found 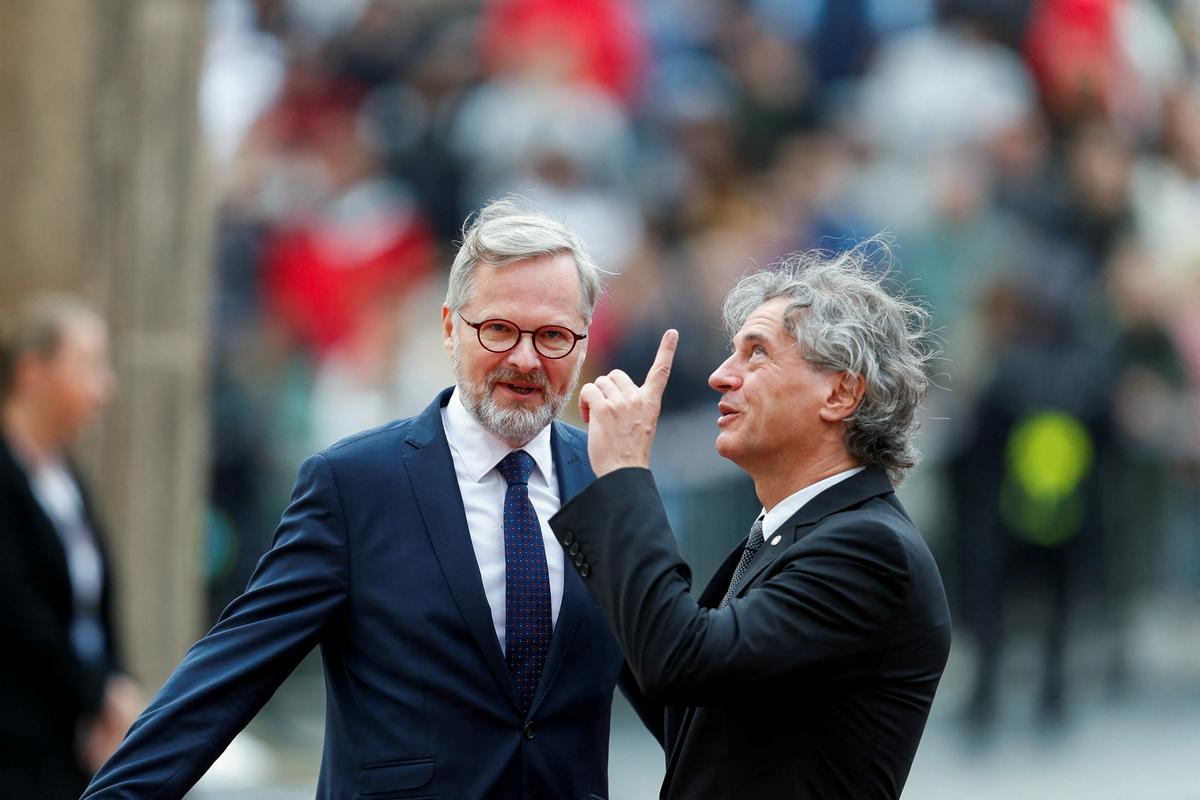 Prime Minister Robert Golob met with his Ukrainian counterpart Denis Shmigal in Prague. They agreed that with Russia’s annexation of Ukrainian territories, the world may be at a turning point, and regarding Ukraine’s membership in NATO, they concluded that the right path must be found.

According to Golob, the two interlocutors agreed that the world may be approaching a tipping point on diplomatic level. Connection of four Ukrainian regions Russia may be the point on which some countries, which were now neutral or even sympathized with Russia, will see that this is irreversibly changing the structure of the international community on the way you are no one on he doesn’t want to the world, Golob said.

“I think this point (of the agreement) is the most important. And exactly diplomatic efforts to clarify and from the whole world also clear condemnations of such actions are what we really have to give maximum emphasis in the next few days,” the Prime Minister said before today’s first meeting of the European Political Community (EPS) and Friday’s informal EU summit in Prague. The Czech Republic presides over the Council of the EU for the second half of the year.

Ukraine is after Russian annexation regions Donetsk, Luhansk, Kherson and Zaporizhia applied for NATO membership, but Slovenia has expressed reluctance to do so in recent days. Regarding Ukraine’s request to join NATO through an expedited procedure, Foreign Minister Tanja Fajon explained in Tuesday’s Echoes that NATO membership advocates an open door policy, but there are concerns in this case. The question is whether this is the right move at this time, as it brings a series of security risks. Nato is a collective defense organization. If one member is attacked, all are attacked. Ukraine’s entry into NATO would mean that the entire NATO alliance is at war with the Russian Federation, she emphasized.

As the Prime Minister said today, it is the Slovenian side on meeting in Prague clearly explained to Ukrainian that the process of accession to NATO has been open for a long time and that the request “it is not controversial in itself”. “But you have to find the right way and the right moment when it comes true,” he emphasized. “This path must be uniformly supported by all allies, and I think the talks in the next few days will also go in this direction,” he said. “This does not mean that a solution can be found overnight, but we must start looking for it immediately,” added the Slovenian Prime Minister after meeting with his Ukrainian counterpart, who will also attend the meeting of the European Political Community.

The two prime ministers also agreed on the importance of European unity, which can only be so effective in supporting Ukraine in its fight against Russian aggression.

Dove: Brussels’ proposals on gas caps are going in the right direction

Unity on Russian aggression on They will also look for Ukraine on today’s meeting of the European Political Community, which is attended by the leaders of 44 European countries, the Slovenian Prime Minister also said. In addition to war, the main topic will be energy.

President of the European Commission Ursula Von der Leyen proposes the preparation of a price cap for gas imports. He suggests EU leaders consider capping gas prices in conjunction with the Dutch hub TTF, on to which gas pricing in Europe is currently tied. The price restriction would be in force until the implementation of an additional index for determining prices in gas purchase contracts, which would take into account the dynamics of trading in liquefied natural gas (LNG) and is already in preparation.

Among a total of five follow-up measures for facing with the energy darling, which is in the letter to the leaders before Friday’s informal presented to the EU summit in Prague by von der Leyen, and the introduction of a price cap for gas, which is used to produce electricity.

“The direction is always right,” it is on Golob answered the question of whether the measures to limit gas prices, which were presented on Wednesday by the president of the commission, are going to work. However, according to him, the leaders have time until the regular EU summit on October 20 and 21 in Brussels, when these measures are expected to be approved. He expressed his belief that they will use this time effectively.

According to the Prime Minister, the discussion about these price caps for gas has been somewhat simplified so far, since not all caps are the same. “It all depends on where you put it, and that’s what we’re going to talk about today. We will not be talking about whether we agree on terms, but whether we all understand these measures in the same way.” is before today’s first meeting of the European Political Community (EPS) said Golob.

The first session of the European Political Community (EPS)

According to the President of the European Council Charles Michel today’s meeting is very important, because the countries on The European continent faces the same challenges and leaders will have the opportunity to discuss and improve cooperation.

The first meeting of the European Political Community (EPS) shows on the unity of Europe, the French president said in Prague at the beginning of the session Emmanuel Macron. The aim of the meeting, which is taking place in the shadow of the war in Ukraine, is to share a common vision on the situation in Europe and form a common strategy.

British Prime Minister Liz Truss has, after initial hesitation, realized today that French President Emmanuel Macron is a friend of the United Kingdom after all. At the end of August, in the finals of the race for the position of prime minister, she caused quite a few raised eyebrows when she declared that she could not yet say whether Macron was a friend or an enemy.

German chancellor Olaf Scholz but it is about the first meeting EPS-ju said that it is “a great innovation”. He sees the real value of the meeting in the fact that the heads of state can talk to each other on more informal way, “in different formats, without an agenda and without the need to make decisions“, on common issues affecting Europe. According to Scholz, this should contribute to peace, security, economic development and progress in Europe, as well as to the improvement of the EU’s relations with neighboring countries, some of which want to become members of the association .

Purpose EPS– is primarily to ensure political dialogue between the participating countries and to strengthen the security, stability and prosperity of the European continent.

President of Ukraine Volodymyr Zelensky called on European leaders to provide military assistance to Ukraine in the fight against Russian aggression in order to protect Europe as well. In his speech on the first meeting of the European Political Community (EPS) in Prague called Russia “the most anti-European country” and called for further tightening of sanctions.

Previous article
‘Don’t be rude’: Journalist experiences sudden office interruption as he yells against UN
Next article
The Medical Chamber sees the future of healthcare in value-based healthcare treatment