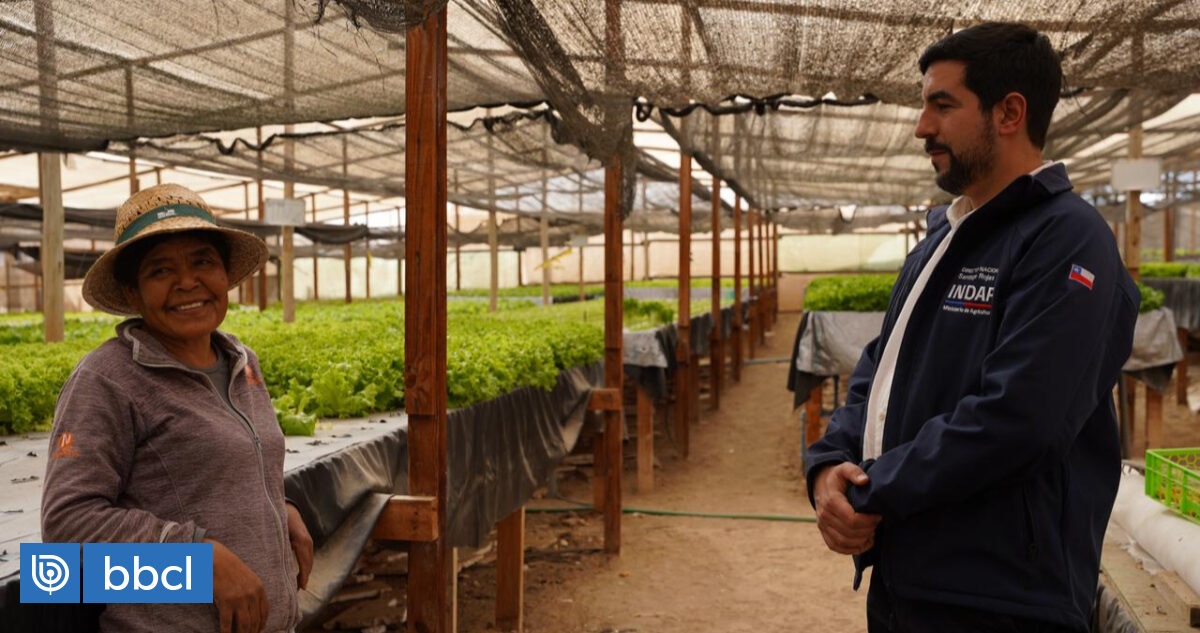 Indap’s National Director Santiago Rojas Alessandri visits for the first time for a field day with farmers facing the desert, including projects for the 120-member Altos La Portada Agricultural Center and coordinating with local service teams. Did. to Antofagasta.

of national director of Institute for Agricultural Development (Indap) , Santiago Rojas Alessandri made his first visit to the Antofagasta area on Monday and Tuesday.

On the first day, the directors arrive at the association’s premises senior the cover was greeted by President Dolores Jimenez and Fernando Salinas, one of his renowned innovation partners.

Altos La Portada is an iconic initiative driven by Indap since 2014, supported by other public and private organizations.

Thanks to access to demineralized water through a contract with the Aguas Antofagasta utility, the association produces a variety of vegetables and fruits through hydroponics, supplying a portion of Antofagasta’s population with fresh produce.

The group has just implemented a space with Peasant Market, Indap’s national initiative to directly connect producers and final consumers, initially from six users belonging to the Agricultural Association of Antofagasta, to produce fresh and processed food. started offering products.

this communityWhat was once a desert has been turned into a garden. Here we see that when motivation is combined with technical support, great results can be achieved.

“I would like to highlight some great news for Antofagasta. The Farmers Market has just opened at the Altos La Portada Agricultural Center and is held twice a week. People from the Antofagasta community in the northern region will be able to go directly to this new farmers market to interact with users who are making local produce available,” added the Ministry of Agriculture mandate. .

Dolores Jimenez, president of the group that specializes in vegetables and whose clients include casinos and the Air Force, described the moment as a consolidation of years of development in that community.

“We already have a supply center where farmers can sell directly to their customers, delivering all the products and co-products we make in the world’s driest desert,” he celebrated. .

Afterwards, he visited Miguel Ballesteros, the representative of El Loa State, and visited the farms of farmers like Noemi Cuevas, alfalfa and carameño corn grower. Noemi Cuevas has improved water management, among other projects supported by Indap. Lay out a distribution route.

Previous article
US Approves New Drug for ALS: Funded by Ice Bucket Challenge
Next article
A company that manufactured paints exclusively for Sodimac blamed its only business partner and demanded an organizational restructuring.