The EU adopted the eighth package of sanctions against Russia, including a price cap for Russian oil 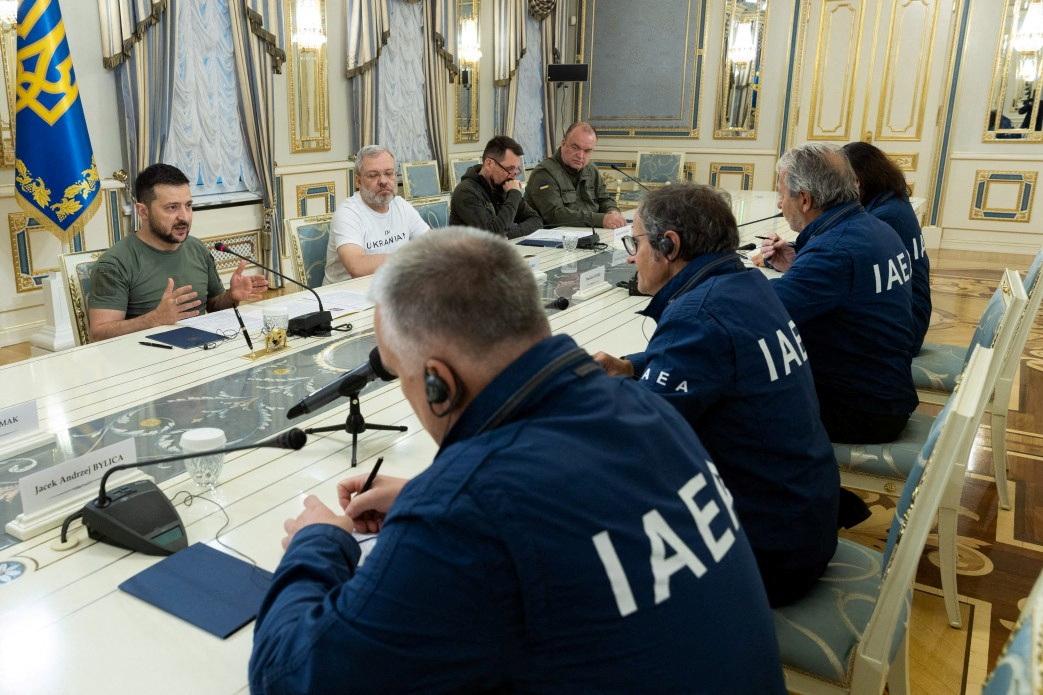 EU members approved the eighth set of sanctions, which Russian President Putin called expected. Among them is the basis for the introduction of a price cap for Russian oil. In the Zaporozhye region, three people are reported dead after the attacks.

After the members of the European Union officially approved the agreement on the eighth package of sanctions against Russia due to the invasion of Ukraine, they also entered into force with their publication in the Official Journal of the EU.

Among other things, the package includes the legal basis for the introduction of a price cap for Russian oil and expands the list of individuals and legal entities subject to sanctions.

“The agreed package of sanctions includes a series of tough measures by which the EU will step up pressure on the Russian government and economy, weaken Russia’s military capabilities and make the Kremlin pay for the recent escalation,” they wrote in the message of the Council of the EU.

“This new package of sanctions against Russia is proof of our determination to stop Putin’s war machine and respond to his latest escalation of war with fake referendums and the illegal annexation of Ukrainian territories.” said the high foreign policy representative of the Union Josep Borrell.

The basis for a price cap for Russian oil

With the new package of measures, the basis for the introduction of a price cap for Russian oil is introduced into EU legislation, which otherwise only applies to the maritime transport of crude oil and certain derivatives to third countries and certain services related to this.

Under this measure, the transportation of oil, as well as the provision of transportation services, including insurance and financial services, will be prohibited if the oil has been sold above a certain price threshold.

The level of the price cap still needs to be agreed upon by the countries of the G7 group, which coordinated the latest measures against Moscow, and approved unanimously by all 27 EU members, reports the German press agency dpa.

This measure should drastically reduce Russia’s oil revenues, but at the same time it can help stabilize global energy prices, the EU Council’s message also states.

Russia will divert oil to India

The Russian authorities have criticized the introduction of a price cap for Russian oil. They described the EU’s decision as absurd, which, in their opinion, will have a devastating effect on the energy markets and thereby harm practically all countries.

Russian President Vladimir Putin even before the sanctions were adopted, after meeting with government officials, he said he expected further strengthening of sanctions against Russia. At the same time, he said that consumer demand is still weak.

“Many countries understand the futility of the steps now being considered in the EU and encouraged by the US,” said the Kremlin spokesman Dmitry Peskov. Russia will respond to the new sanctions by redirecting oil exports to those countries that are ready to cooperate with them, such as India, said a spokeswoman for the Russian Foreign Ministry. Maria Zakharova.

At the same time, Peskov welcomed the decision of the expanded group of large oil suppliers Opec+, which plans to reduce the total volume of oil extraction by two million 159-liter barrels per day starting in November. “The aim of this measure is to stabilize the oil market, which is what everyone wants,” he added.

The package also prohibits the import of several products

The package, which was presented last week by the President of the European Commission, Ursula von der Leyen, also includes a ban on the import of additional Russian products, which, according to Brussels, will reduce Russia’s revenues by seven billion euros.

These include steel products, materials used in the jewelery industry such as stones and precious metals, as well as plastics, paper and cosmetics. Brussels also proposes to expand the list of products whose export to Russia is prohibited.

Extension of sanctions to those responsible for the disputed connection

“We are additionally limiting Russia’s import and export capacities, while freeing ourselves from energy dependence on Russia. We have also taken measures against the persons responsible for the illegal annexation of Ukrainian territories. The EU will stand by Ukraine as long as necessary,Borrell explained.

The EU is thus expanding the list of individuals and legal entities subject to sanctions, including for their participation in the organization of disputed referendums in the occupied Ukrainian territories.

The members decided to introduce restrictive measures for another 30 individuals and seven legal entities due to actions that undermine or threaten the territorial integrity, sovereignty and independence of Ukraine. The controversial Russian right-wing nationalist also made it to the list Alexander Dugin.

The EU justified the sanctions against Dugin, saying that “ideologically and theologically justified the annexation of Crimea and Russia’s war of aggression against Ukraine, which he saw as the ‘liberation’ of Ukraine from Western influence“.

The sanctions also affected the Russian singer Julia Chicherina and Nikolay Rastorgujevwhich the EU, together with other sanctioned individuals, sees as part of “ecosystem of disinformation and manipulation of information in the Kremlin“.

Among those sanctioned are also representatives of the Russian defense sector, for example Alan Lushnikovwho is the largest shareholder of the arms manufacturer JSC Kalashnikov Concern, and the chairwoman of the Russian State Election Commission Ela Pamfilova.

In addition, the package includes additional bans on arms trade, a ban on EU citizens from serving on the boards of certain Russian state-owned companies, and a ban on offering certain services in Russia.

Fatal victims of shelling in Zaporozhye

Ukrainian authorities claim that their forces have retaken control of more than 400 square kilometers of territory in Kherson in less than a week.

The Russian armed forces, on the other hand, report that they have succeeded in halting Ukrainian offensives and pushing their troops back along the Russian front line. According to them, the Ukrainian forces on the southern front were deployed in four tactical battalions and tried several times unsuccessfully to break through their defenses near the towns of Dudčany, Suhanova, Sadok and Bruskinsky.

Grossi: The nuclear power plant in Zaporozhye is a Ukrainian facility

Meanwhile, the Director General of the International Atomic Energy Agency (IAEA) is on his way to Kyiv and then to Moscow Rafael Grossi. As you know, he is the president of Russia Vladimir Putin, after signing a document on the annexation of four Ukrainian provinces to Russia, which represents about 18 percent of Ukraine’s territory, he also issued a decree ordering the government to take ownership of Zaporozhye, the largest Ukrainian and European nuclear power plant.

“It is clear to us that the power plant belongs to the Ukrainian operator Energoatom, as it is a Ukrainian facility,” Grossi said at a press conference. He emphasized that the IAEA is still warning about everything that needs to be done to avoid a nuclear accident, and condemned the almost unbearable conditions in which Ukrainian personnel work at the plant.