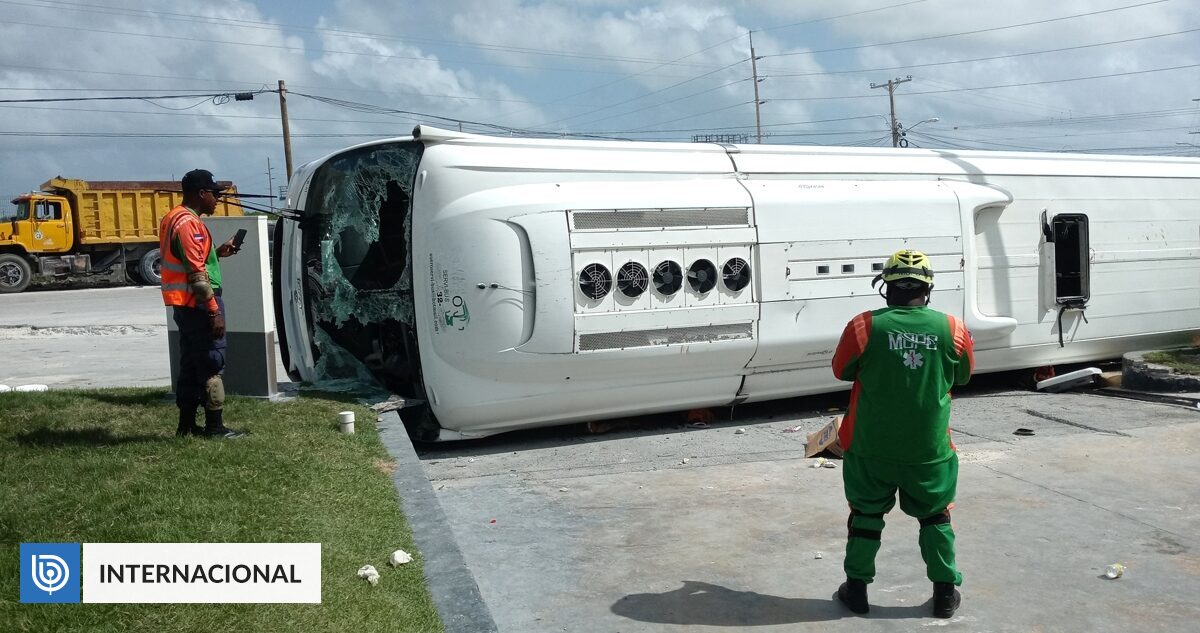 A Chilean and Peruvian tourist died Thursday in a bus carrying dozens of travelers of various nationalities. I slipped and turned on the Coral Highway in the Veron district near the tourist area of ​​Punta Cana in the eastern Dominican Republic.

Transit authorities say the Peruvian citizen is 41 years old and Chilean 33, and Because the bodies were left unattended, it was difficult to identify them.

The buses were carrying tourists from Argentina, Chile, Peru, Mexico, Brazil and Colombia.

The Directorate General for Road Safety and Land Transport (Digesett) said in a statement that the other travelers were “in stable condition” and that “all are now out of danger”, according to a medical report.

Those affected have been transferred to several private medical centers in the Punta Cana and Bavaro areas, officials added.

Preliminary data indicated that the vehicle was heading to the province of La Romana (east), from where it was making an excursion to the nearby island of Saona, which is frequented by tourists.

The Dominican Republic’s Minister of Tourism, David Corrado, used his Twitter account to express his “dismay” at the accident.

“We have visited the various hospitals to which they have been transferred to offer our full support and solidarity during this difficult time,” the official wrote.Through the history of the industry.

Moscow: The Union is thereby endangering its energy securityEU members have agreed on the introduction of a price cap for the oil that Russia...
Previous article
The Passage of Starlink Satellites Surprised Central Zone Residents: These Are the Videos
Next article
At least one dead leaves pitched during soccer match in Argentina