Borrel: EU must increase funds for military aid to Ukraine 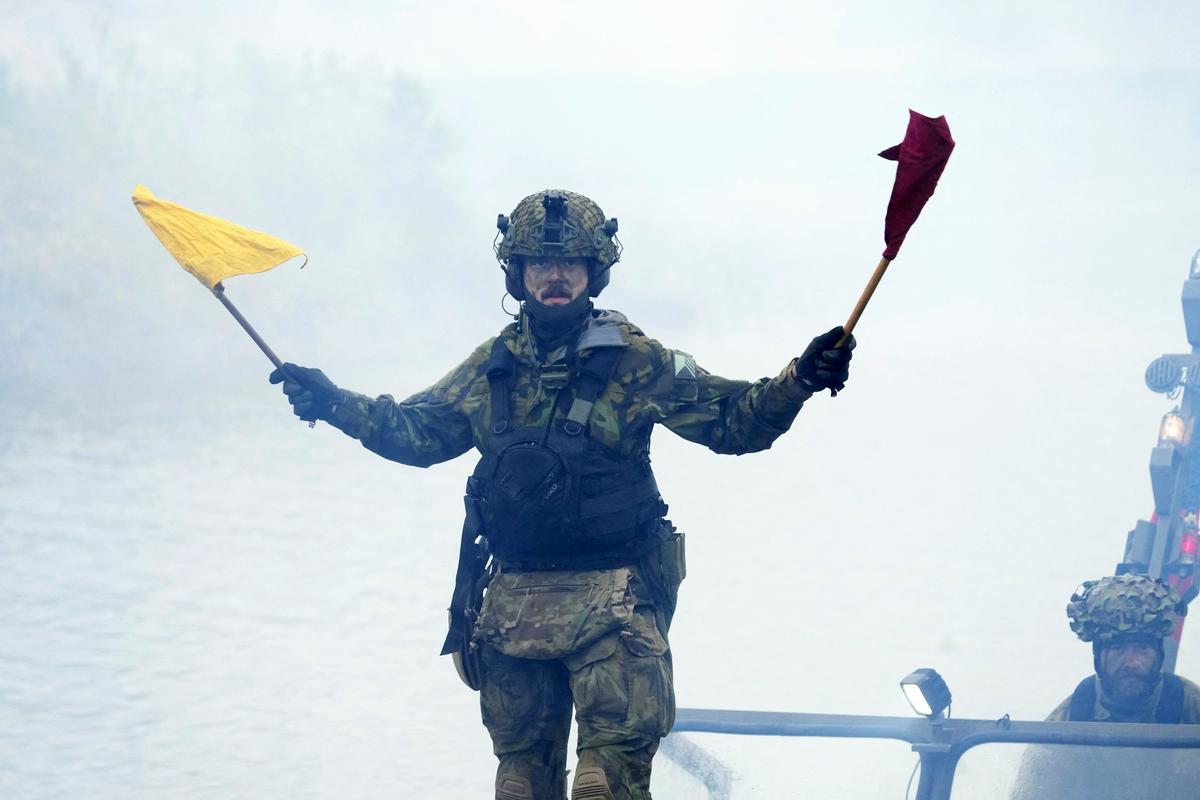 EU foreign policy chief Josep Borrell said before the unofficial summit of the association in Prague that he will propose to the leaders of the member states to allocate more money for military support to Ukraine.

“I will ask the leaders to support the proposal for a new tranche to the European Peace Facility to continue military support to Ukraine, including for the training mission,” Borrell told reporters upon arriving at the summit.

On Wednesday, Borrel expressed hope that a mission to train Ukrainian forces would be officially launched later this month and announced an increase in military, financial and political support for Kiev. At the same time, he expressed his readiness to find a diplomatic solution to the crisis, if circumstances would arise that would reasonably allow it.

At the unofficial summit of the European Union in Prague, the leaders of the member states, in addition to the discussion on Russian aggression against Ukraine, will spend most of their time on measures to mitigate the energy cost, where the European Commission proposed the preparation of a price cap for gas imports.

Prime Minister Robert Dove, who is participating in the summit, said that Slovenia expects that a decisive step forward will be taken at today’s meeting regarding energy, and that it should be finalized in a fortnight. “The opinion is unanimous that we need to intervene in the market and achieve price regulation, some kind of dynamic cap. The intervention must be pan-European and clearly communicated,” the government announced the Prime Minister’s statement on Twitter.

They are still discussing what the cap will be, but Golob emphasized that it is very important that there is a very high consensus on this. “Yesterday there was no opposition to the proposal to introduce a cap, I think we all realize that without this intervention we will have big problems in the whole European economy.“He added that the regulation will also take care of candidate members who mostly import energy from the EU. This way their costs will also be manageable.”Otherwise, their economies will collapse first. It’s only right that we take care of them too.” Golob thinks.

At the same time, he expects, that the contract for the supply of gas from Algeria will be signed soon, and should cover a third of Slovenia’s natural gas needs for a longer period, i.e. for three terawatt hours of natural gas per year.

Also the President of the European Parliament Robert Metsol advocated for the introduction of a cap on the price of natural gas, but in a way that countries would not compete against each other, so that households could pay their bills and businesses would be saved. “It is time to find common solutions and I am quite optimistic that we will find them,” she said. She also assessed that the Russian president Vladimir Putin will not stop and that the Union must be able to respond proportionately to threats. At the same time, Metsola expressed her satisfaction that after the Russian invasion of Ukraine, the union showed such unity as never before. She also emphasized that the union must show that there is no threat of fragmentation.

The president of the European Council also highlighted the necessity of union unity in support of Ukraine and the energy crisis when he arrived at the summit Charles Michel. “We will discuss how to protect critical infrastructure and how to ensure security,” he further explained. On energy, leaders should agree to reduce demand, secure supplies and resolve the issue of prices. “We mustn’t waste any more time,” he emphasized.

President of the European Commission Ursula von der Leyen however, she pointed out that no decisions will be made today, but rather the meeting is a preparation for the formal EU summit in two weeks. She also said that the members of the union are ready to discuss where to set the cap for natural gas prices. But this is only the first step.

In front of Prague Castle, where the summit is taking place, a few dozen protesters gathered with Ukrainian and EU flags. When the presidents of the countries and governments arrived, they chanted: “No veto, strong EU” and Stronger together, and also carried the sign Western tanks for Ukraine.

Von der Leyen previously proposed five measures in a letter to leaders to deal with the energy crisis, including the preparation of a price cap for gas imports. As part of this measure, he suggests that they consider capping gas prices in connection with the Dutch TTF hub, to which gas pricing in Europe is currently tied.

The price limit would be valid until the implementation of an additional index for determining prices in gas purchase contracts, which would take into account the dynamics of trading in liquefied natural gas (LNG), which is already being prepared.

Golob said on Thursday that Brussels’ proposals are going in the right direction. Leaders have time to prepare measures until the regular EU summit, which will take place in two weeks.

On today’s agenda, the leaders also have a response to Russia’s escalation of aggression against Ukraine and further military, financial, humanitarian and political support for that country. The members approved the eighth package of sanctions against Russia, which also includes the legal basis for a price cap for Russian oil, on Thursday.

Unified condemnation of the Russian war

The energy crisis and the war in Ukraine also marked the discussions at Thursday’s first session of the European Political Community in Prague, where more than 40 European leaders unanimously condemned Russian aggression against Ukraine.

“The first message is that we achieved unity among 44 European countries, which clearly condemned Russian aggression against Ukraine and expressed support for Ukraine. This is very important,” said the French president after Thursday’s meeting Emmanuel Macronwho was also the initiator of the creation of the EPS.

Macron sees the possibility of cooperation in several joint projects discussed by the leaders, who agreed, among other things, that they must financially help Ukraine to strengthen its resilience.

The leaders also talked about a common strategy for energy supply. According to the French president, there was also a lot of agreement regarding the need to protect critical infrastructure after the Nord Stream gas pipelines were damaged.

They also emphasized the importance of cooperation in the field of cyber security, Macron explained, mentioning migration and youth education as possible areas of cooperation.

Exchange of hosting between members and non-members of the EU

The host of the meeting, Czech Prime Minister Petr Fiala, thanked Macron for the initiative. “The fact that 44 leaders have come here to discuss future cooperation is a significant achievement,” he said.

Fiala, whose country currently holds the EU Council presidency, announced that the next meeting will take place in the spring in the Moldovan capital of Chisinau. For Moldova, the sessions will be hosted by Spain and the United Kingdom. Non-members and members of the EU are expected to alternate as hosts.

Moldovan President Maia Sandu said they were already looking forward to hosting the next meeting to deepen cooperation in the ENP. “We must constantly strive for a stronger and more resilient Europe,” she emphasized at a joint press conference with Macron and Fiala.

The leaders of all 27 EU member states and 17 other European countries were invited to the first EPS summit. Among these are the leaders of all six countries of the Western Balkans, as well as Ukraine, Turkey and the United Kingdom. At the first session, out of 44 leaders, only Danish Prime Minister Mette Frederiksen was missing.

Previous article
The book of the year was four years in the making: one for preparation, three for writing
Next article
Alonso the fastest in the first practice session in rainy Suzuki