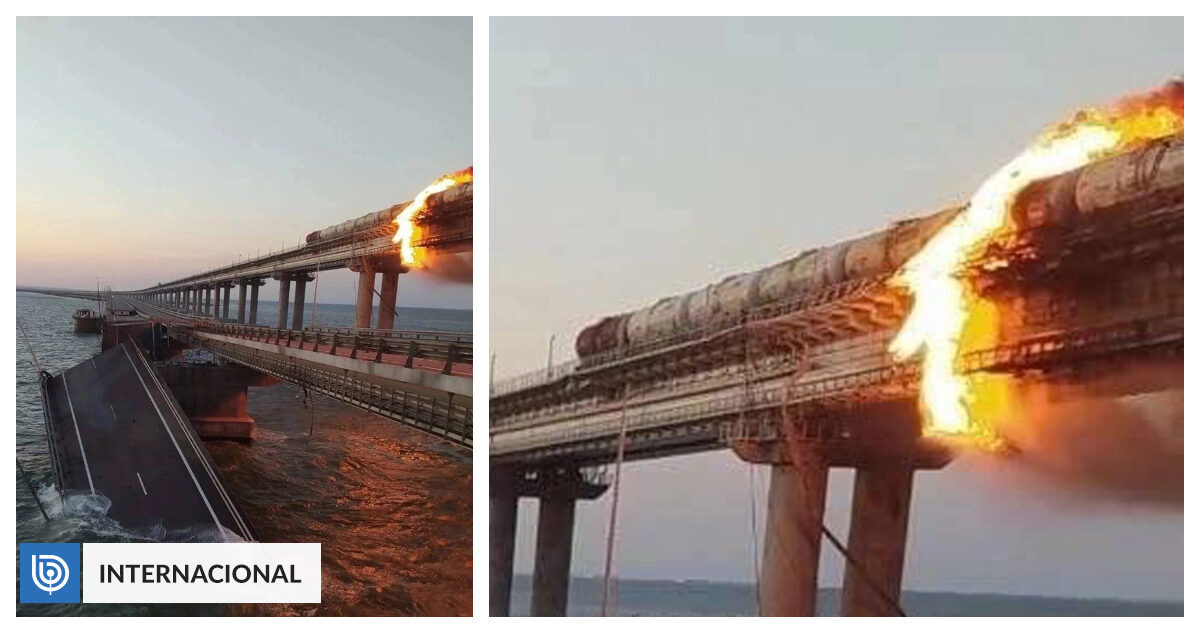 A truck explosion hit a Crimean-bound train carrying seven fuel tanks. The structure is considered a symbol of the 2014 annexation of the peninsula. Built by a friend of President Putin who launched the section in 2018.

of crimea bridge road symbol of Russian annexation of this Ukrainian state ended in 2014 Partially destroyed after explosion This saturday.

Specifically, the truck caught fire, 7 fuel tanks carried by the train to Crimea.

As a result, two vehicle spans of the bridge partially collapsed.

The Crimean Bridge was built by the firm of businessman Arkady Rottenberg, a friend of Russian President Vladimir Putin.

The Union of Insurers of Russia Damage caused to the Crimean bridge between 200 million and 500 million rubles ($3.2 million and $8.1 million), according to the RIA Nóvosti agency.

The cost of infrastructure at the time was about $3.5 billion .

In May 2018, President Putin inaugurated the motorized section of the Crimean Bridge over the Kerch Strait, the longest in Europe. 19 kilos to break the isolation of the peninsula.

At the end of 2019, a railway section of the bridge was also opened, but was criticized by both Ukraine and the West. Western countries continue to view the peninsula as Ukrainian territory.

Upon hearing the news, the Ukrainian Defense Ministry called the Crimean Bridge a notorious “symbol of Russian power” and asked, “What’s next?”

Meanwhile, the Ukrainian Air Force reported the “destruction” of the bridge on its Telegram account.

“Fuel tanks are on fire. Part of the road has also been destroyed! It will all be Ukraine!” they said in a message.

The guided-missile cruiser Moskva and the Kerch Bridge – two notorious symbols of Russian power in Ukraine’s Crimea – have gone down.
What’s next for Lasky?

According to a statement collected by the Ukrainian news agency Ukrinform, Ukraine today celebrated the damage caused to part of the Crimean bridge by the fuel tank fire this morning.