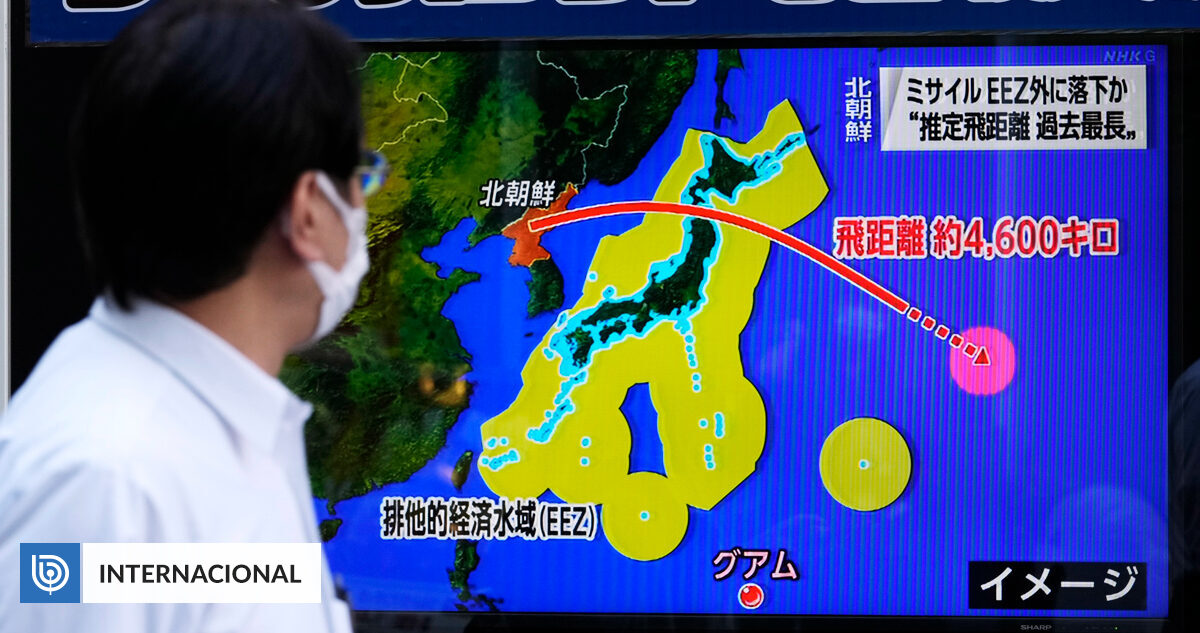 North Korea says it launched a “new” ballistic missile toward Japan during what it calls a “tactical nuclear” exercise. The training session was supervised by Kim Jong-un himself, according to state news agency.

north korea On Monday, it announced that it had launched a “new type of intermediate-range ballistic missile.” Japan Last week, “to give a clearer message to his enemies.” “Tactical Nuclear” exercise.

“In order to deal with the unstable situation on the Korean Peninsula, we have decided to issue a stronger and clearer warning to our enemies on October 4th to strike an area of ​​the Pacific Ocean 4,500 kilometers away with long-range ballistic missiles. We have taken action on new land-of-land-types,” a state agency said today. Korean Central News Agency.

The message refers to the launch of an intermediate-range ballistic missile (IRBM) on October 4. The missile flew over the Japanese archipelago for the first time since 2017, prompting Japanese authorities to issue a civil alert in the region.

In response, US fighter-bombers conducted military exercises alongside Japanese aircraft in the Sea of ​​Japan, while F-15 aircraft fired precision bombs over the Yellow Sea.

The launch was part of North Korea’s military exercises that ran from September 25 to October 9, state-run KCNA said today.

“Units of the Korean People’s Army responsible for the use of tactical nuclear weapons organized military exercises from September 25 to October 9 to verify and assess the country’s nuclear deterrence and counterattack capabilities. constitutes a stern warning against.” out.

Both missiles flew about 350 km, reached altitudes of about 100 km, and landed in waters outside the sea. Japan’s Exclusive Economic Zone (EEZ).

Sunday’s launch comes after North Korea launched two short-range missiles on the 6th. This is her 25th Test in the Asian country so far this year and her 7th in the past two weeks.

These, in turn, were motivated by their arrival in the realm of USS Ronald Reagan aircraft carrier His strike group participates in joint exercises with South Korea and Japan.

“After discussing the current military-political situation on the Korean Peninsula and its future, we will conduct real war simulations at various levels to confirm and improve the credibility and combat power of war deterrence. decided to organize military exercises under.” Collected by KCNA.

According to state networks, Kim attended military drills and gave orders such as simulating the launch of a ballistic missile that simulated the loading of a tactical nuclear warhead.

“The drill was aimed at confirming the order in which these tactical nuclear warheads were to be removed and transported and how to manage them quickly and safely during operations,” the text said.

Shock of the night: first Phoenix lost to last HoustonBoston entered the game with Miami riding a 10-game winning streak at TD Garden, and...
Previous article
They filter Cecilia Borocco’s wedding video: it shows Maximo taking his mother to the altar
Next article
Coelho accuses ColoColofan of threatening after clash with Cortez: ‘You never want to hurt’