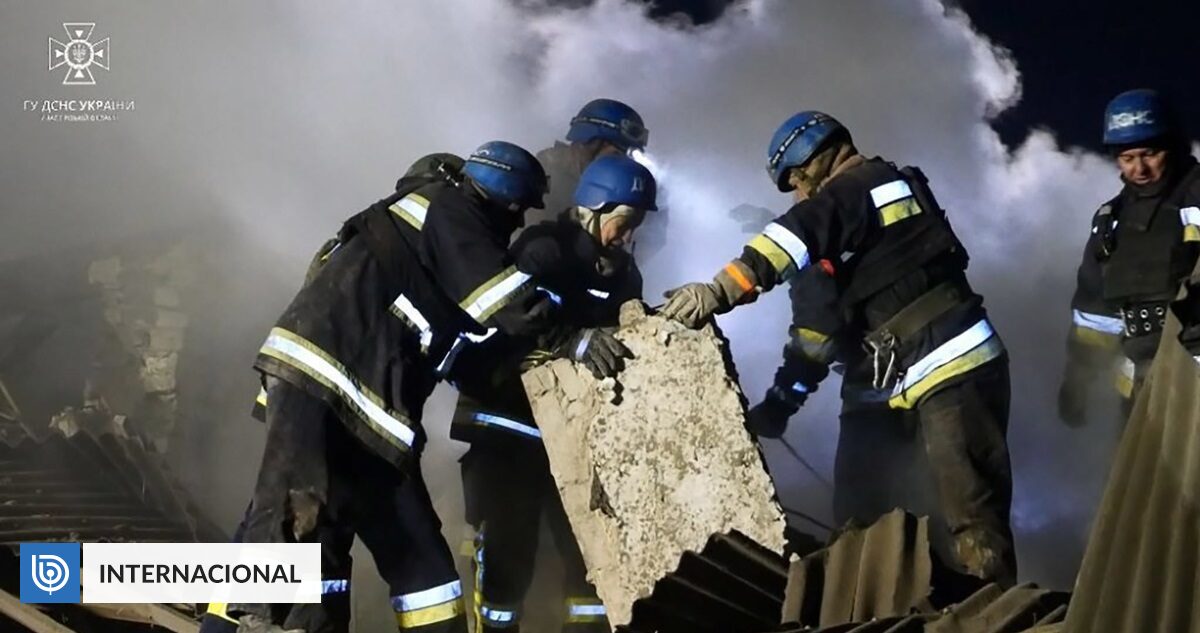 The mother and doctors were with the baby when the attack occurred.

At least three civilians, including newborns, were killed in renewed Russian shelling. Ukraine then Ukrainian President Volodymyr Zelensky accused Moscow of sowing “terrorism” in his country.

Since the invasion of Ukraine, “the enemy has once again decided through terrorism and murder to try to achieve what it failed to achieve in nine months,” Zelensky wrote on Telegram.

The Ukrainian president promised that Russia “will be held accountable for all the damage it inflicts on our country.”

Among the casualties was a baby who died in the shelling that hit a maternity hospital in southern Ukraine’s Zaporizhia region, the Ukrainian aid agency said Wednesday.

“On the night of November 23, in the city of Vilnyansk, Zaporizhia region, a two-story building housing a maternity hospital was destroyed by a rocket attack in the local hospital department,” the sources said.

“The attack killed a baby born in 2022,” the Ukrainian State Emergency Service said in a Telegram account.

In that place, in addition to the creature, there was a mother and a doctor, the message indicated.

Volodymyr Zelensky reported on his Telegram account that the baby’s mother was injured. “Terrorist states continue to wage war against civilians,” Zelensky said, referring to Russia.

Emergency services have released a video of rescuers trying to rescue a man half-buried in the rubble.

According to available information, no one is trapped under the rubble anymore.

The small city of Vilnyansk lies north of the Zaporizhia region, 45 km from the front lines, and was mostly occupied by Russian forces to the south after Moscow announced its annexation of this territory by the end of September. .

On November 17, a Russian attack destroyed a building and killed 10 people, including three children.

One person was hospitalized and another received first aid at the scene, the governor said, adding that the shelling hit homes and a hospital.

The World Health Organization (WHO) on Monday documented more than 700 attacks on health facilities in Ukraine since Russia’s aggression began in February, calling it a “clear violation” of international humanitarian law. Stated.

“Hundreds of hospitals and health centers are no longer fully functional,” Hans Kluge, the WHO’s regional director for Europe, said at a press conference in Kyiv.

Damage to Ukraine’s energy infrastructure “has already had a devastating effect on the health system and the health of the population,” he stressed.

Previous article
James Cameron: I almost didn’t choose DiCaprio and Kate Winslet for the lead roles in Titanic
Next article
Chilean scientists are recognized as one of the most cited scientists in the world. He has published his 700 papers.