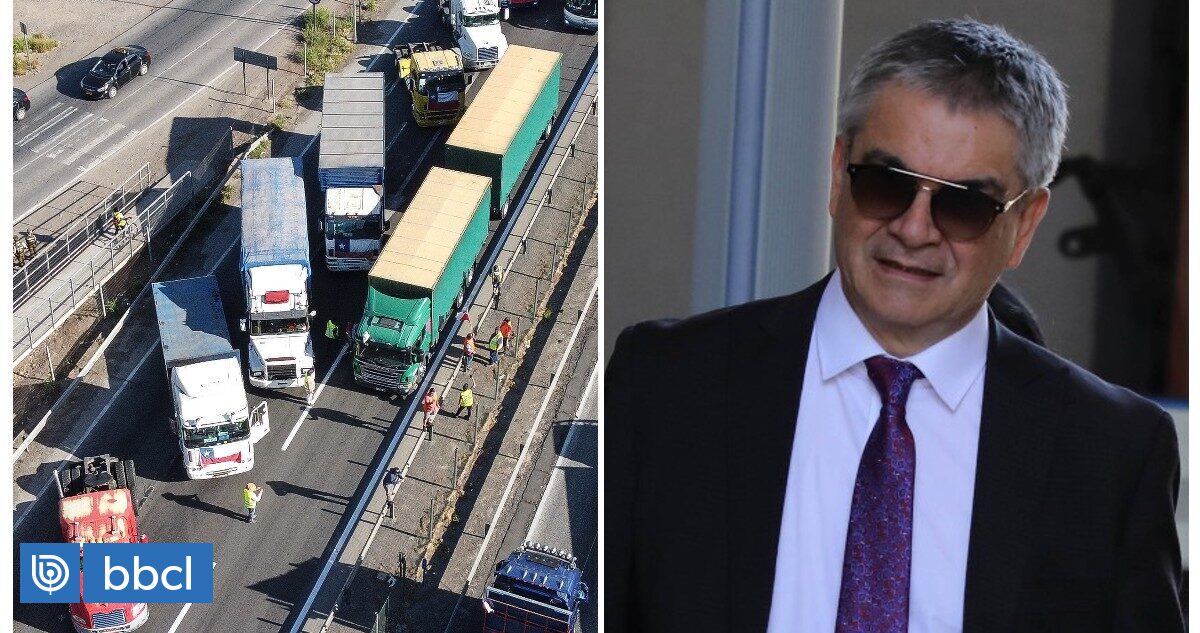 The finance minister said truck drivers were paralyzing the roads with “unreasonable demands”. he gave an example. “The winter bonds cost him $1 billion, which means that the most conservative estimate of the cost of the measures proposed by this organization is equivalent to 2.5 times his profit reaching 7 million people. “

Government – through the Minister of Finance, Mario Marcel answered emphasizing that Trucker’s request is not feasible Those mobilized between Arika and Paine.

In detail: A 30% reduction in fuel prices for six months would cost as much as a major healthcare budget. Double the “winter bonus”.

Marcel said after several hours of negotiations on Monday night, an agreement was reached that was signed with various bodies in the sector. demanded normalization and investment.

The minister explained that the document signed by both parties was an “agreement act” and not an administrative proposal.

“Not only do we express the discomfort caused by making a request of such magnitude the next day or the next day with consent, It is important that citizens understand the magnitude of this type of demand. ” Marcel pointed out.

He quickly identified financial resources for the union’s demands.

“The financial cost of reducing fuel prices by 30% through Mepco and maintaining it for six months is $2.5 billion, If the entrance fee remains current. However, a 10% increase in the exchange rate would raise the cost of this request to US$4.5 billion. plus a 10% increase in international fuel prices, the figure reaches US$6.5 billion,” officials estimate.

What Truckers Want Worth 2+ Winter Bonuses

“The cost of the winter bonds delivered last August was $1 billion. The most conservative estimate of the cost of the measures proposed by this organization is equivalent to 2.5 times the benefit reached to 7 million people. ” he argued.

Another possible comparison is with the US$3 billion major healthcare budget. in short, “This demand is practically this entire budget.” exemplified the minister.

Furthermore, “Public spending growth in the 2023 budget is in the order of US$6 billion. To fund this demand, half of next year’s budget increase should go to fuel subsidies instead of education, housing, health, waiting list reductions in hospitals and increased PGUs. was sentenced.

Finally Marcel said these things “unreasonable demand” It is related to the threat of paralysis that interferes with people’s right to travel on roads, participate in work and access health care facilities. The government has acted with the utmost responsibility (…)”.

Previous article
Ulloa believes it is time for a constitutional amendment as there are no coups or rebellions.
Next article
Helhue Sukni assures that she has confronted a magistrate for comment on her clothing. “Looks like a baby doll”