IMF calls on China to ‘recalibrate’ ‘zero-coronavirus’ policy for economy 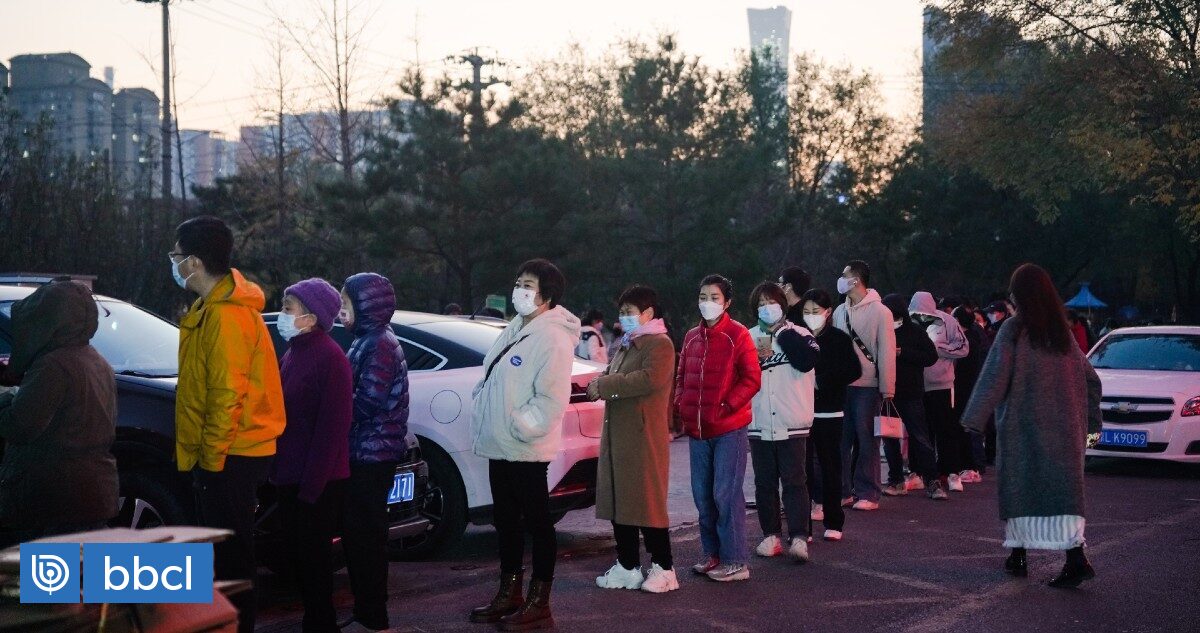 China’s IMF forecast sees economic growth of 3.2% this year and 4.4% over the next two years, as long as the Chinese government’s prediction of ending the “zero” strategy comes true. A safe way in the second half of 2023.

of International Monetary Fund (IMF) Today, China is confident it can support economic growth in the short term. ‘recalibration’ of zero-tolerance strategy against covid, Including strengthening vaccination campaigns to ensure protection against the virus.

After completing a virtual round of talks with Chinese officials, the agency praised the Asian giant’s economy’s “impressive recovery” after the pandemic’s initial impact. But he recalled that growth was “slowing and still under pressure.”

The main factors cited by the agency to explain the situation are: recurring outbreak of covid Due to the contagious Omicron variant since the beginning of the year, “severe challenges” in the hit property sector and slowing global demand, it could affect China’s export sector.

Specifically, IMF Deputy Managing Director Gita Gopinath said the virus’s most contagious mutation and I pointed out the “continued gap”. Immunization – e.g. among the elderly – As a result, stay-at-home orders are becoming more frequent, putting pressure on consumption and private investment.

The organization’s “number two” also referenced the Asian giant’s property crisis after a “well-intentioned” regulatory campaign in which Beijing sought to “restrain” the high-level influence of a number of domestic developers. Very relevant as Evergrande.

Actions taken by the government in this regard have “increased financial pressure on promoters, Rapid decline in home sales and investment and the significant reduction in local government income due to the sale of land” is an important source of funding for municipal and local governments in the country.

Recognizing recent supportive policies for the sector, the IMF has further developed “strong and well-funded mechanisms” to ensure that promotions with economic problems are completed and to protect those who made unplanned purchases. I asked him to proceed.

“These measures will help restore buyer confidence and facilitate market restructuring,” said Gopinath, adding that reforms such as improving and expanding the unplanned sales system will help the real estate market to grow in the medium term. to a “more reasonable size”. of alternative forms of savings.

In 2023, the deputy managing director said China’s fiscal policy should “protect the recovery and promote the restoration of balance.”

“A neutral fiscal policy stance aimed at supporting households would help rebalance consumption and support growth more effectively,” economists explained, while monetary policy remains flexible. He pointed out that it should remain as it is.

In his opinion, China will “Reinvigorate” market-oriented structural reforms, How to ensure fair competition between state-owned enterprises and private enterprises.

China’s IMF forecast calls for economic growth of 3.2% this year and 4.4% over the next two years, as long as the Chinese government’s prediction of ending the “zero” strategy comes true. A safe way in the second half of 2023.

But while Gopinath warned of dangers at the international level, including slowing global growth, rising interest rates and rising energy prices, he warned that in the long term, the financial situation could lead to a “fragmentation” of the economy. emphasized the “fragmentation risk” arising from Western restrictions, as well as restrictions on trade, foreign investment, and the exchange of technological knowledge.

In the evening, a match between Brazil and South KoreaThe Croatian footballers did not lose in nine of the last ten matches at the...
Previous article
Mauricio Israel’s ex-partner accuses daughter of having no relationship: ‘He hasn’t seen her since he arrived in Chile’
Next article
‘How beautiful El Salvador’: ‘Pasión de Gavilanes’ actor Juan Pablo Shuk enjoys the country