Maduro and Venezuelan opposition to resume talks on Friday 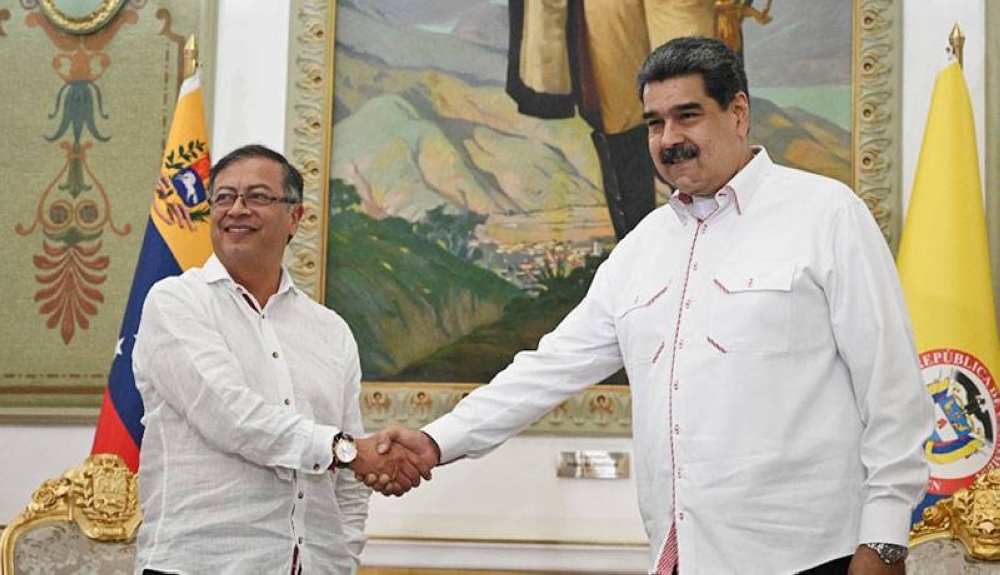 The government of Nicolás Maduro and the opposition will resume talks over the Venezuelan crisis in Mexico on Friday, Colombian President Gustavo Petro and Venezuelan opposition sources said yesterday.

Opposition parties have called for a schedule of “free” presidential elections scheduled for 2024 after accusing President Maduro of fraudulent re-election in 2018. .

“This November 25th and 26th, the dialogue between the Maduro government and the Venezuelan opposition will resume,” Petro said on Twitter, expressing his willingness to support contact between the two parties.

Colombia’s first leftist president did not specify where these meetings would take place. But a source involved in the negotiations told AFP that the delegation would start arriving in Mexico City on Friday for an “afternoon working day”.

An initial deal on the social side is expected to be signed on Saturday, the sources added, but there is still no consensus on key political issues such as the next presidential election or its terms.

Maduro and the opposition’s main negotiators Jorge Rodriguez and Gerardo Blyde met on November 11 within the framework of the Paris Forum through the mediation of French President Emmanuel Macron, although no agreement was reached at the time. I didn’t. The date to resume the conversation.

The Chavez government and the opposition will begin negotiations in Mexico in August 2021 after failed initiatives in the Dominican Republic in 2018 and Barbados in 2019. Maduro froze them two months later for extradition to the United States of businessman Alex Saab, who was close to the government and charged with money laundering.

The resumption of talks has gained momentum in recent months, with international actors pushing the parties to meet again in Mexico.

Within the framework of the fifth edition of the Paris Peace Forum, Macron and his counterparts in Colombia, the Petro, Argentina’s Alberto Fernandez and Norwegian Prime Minister Anniken Huitfeld met with envoys from the opposition and the Chavista. , in the joint declaration, negotiations were considered the “only way out”.

They said they aimed to “encourage Venezuelan political players to agree on a way out of the crisis, with a view to free and democratic presidential elections and international election monitoring in 2024.”