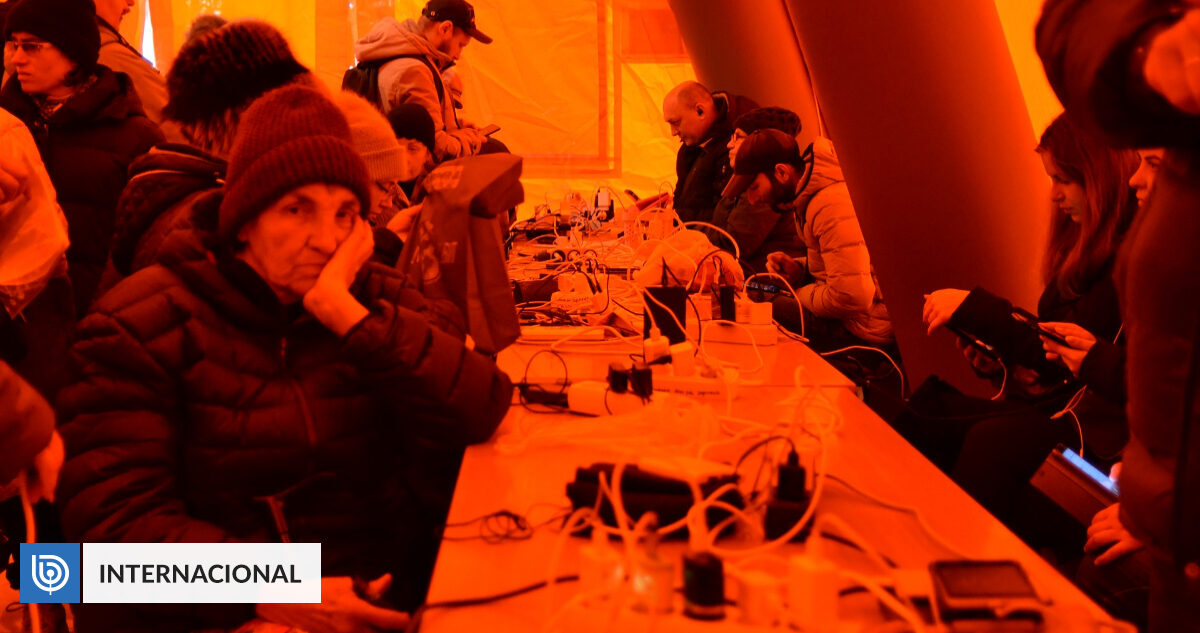 A massive missile strike launched by Russia on Wednesday left the Ukrainian capital with power, drinking water, heating and communications problems. Today, Vladimir Putin’s military offensive has been going on for nine months before him.

The city of Kyiv woke up this Thursday with 70% of homes without electricity and with a partial supply of drinking water .

It was hit by artillery shelling launched by Russian forces on Wednesday that severely damaged parts of the infrastructure.

“Water supply has been restored in parts of the left and right banks of the Dnieper, which flows through the city. On the morning of November 24, 70% of Kyiv households had no electricity,” said Vitali Klitschko, mayor of the capital. said on his Telegram account on Thursday.

The Dnieper divides the Ukrainian capital in two, and before the Russian invasion began, On February 24, it had about 3 million inhabitants .

Klitschko said power engineers are doing their best to restore these services as quickly as possible, but that it will depend on the balance of the power grid across Ukraine.

Kyiv also has no heating on the way to winter

According to Ukrainian agencies, many residents of Kyiv’s right bank of the Dnieper There is electricity and running water, but no heating To combat the cold temperatures that cities face.

In addition to that, according to the same source, there are also problems with telephone communication.

Ukrainian President Volodymyr Zelensky declared last night that the electricity situation in Kyiv and other Ukrainian cities is “very difficult” After another massive missile strike by Russia this Wednesday.

“The occupiers are doing everything they can to make people suffer, so we can’t even hear or see each other,” he stressed in his late-night speech. increase.

Ukraine will not be frightened by cowardly and inhumane terrorist attacks by Russian war criminals.thank you very much @POTUS And 🇺🇸 People stood up for Ukraine and responded with new PDA packages that allow us to save lives and continue the fight for Ukraine! Together we will win!

Prediction of the opening matches of the round of 16 of this year's WC in QatarThe group stage of this year's World Cup is...
Previous article
The 2022 general budget is already over $9 billion
Next article
The 15 EU member states are critical of the proposal for a mechanism to prevent extremely high gas prices