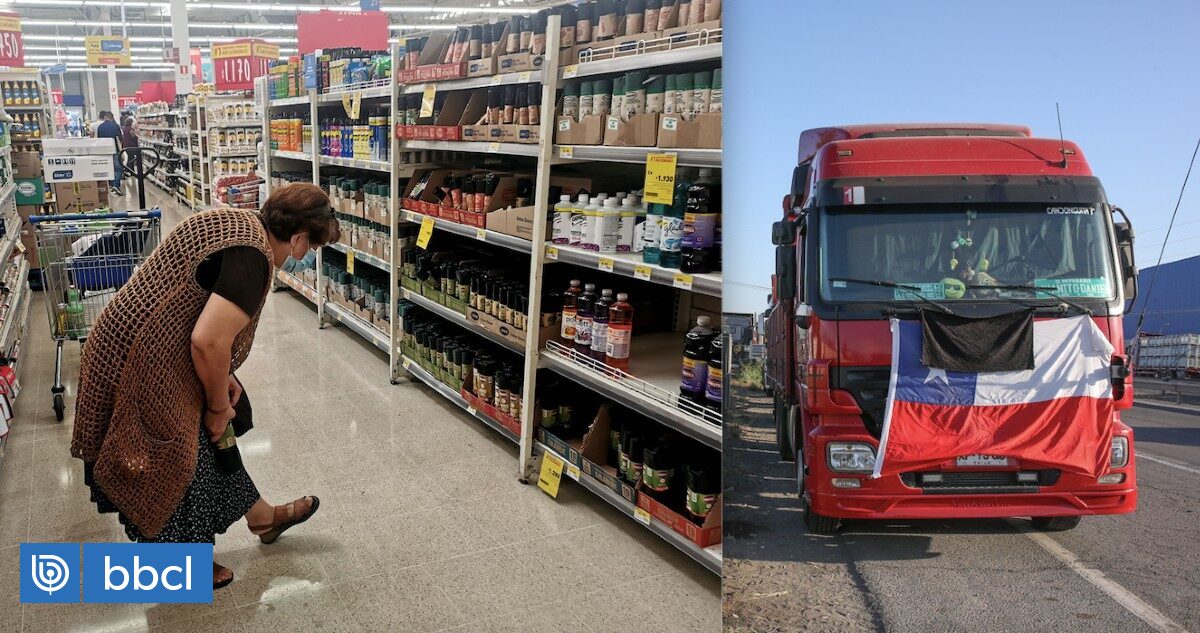 Other business associations in the food industry also expressed concerns about mobilization. In line with the government’s opinion, they opined that “truck drivers’ demands are completely excessive.”

With the mobilization of trade unions, truck driver by mobilization on the route between Arica and Paine, Chile AG supermarket He said this is already starting to affect them.

He explained what the industry has been through in the last few hours. “Logistical issues that have altered the normal supply of some venues Nationwide, especially in the northern regions, including the areas of Valparaiso and San Antonio.

Faced with this, supermarkets said they were doing “Internal Coordination Efforts to Minimize Impact” And they reported it to the authorities.

Among other aspects, they said, “if the strike is maintained, the supply of perishable products over the next few days.” cold chain break It can suffer from some products.

“As unions and as part of the basic industries that provide basic inputs to the people, we regret this situation that is undermining the population’s access to sources of supply and basic consumer goods. , We look forward to a speedy resolution of this dispute. ” Supermercados de Chile AG said:

on the same line, AB Chile – which holds food and beverage companies together – said career strikes were to blame “Serious damage to the entire logistics chain, It mainly affects the normal supply of Chilean households and consumers. ”

They regret the situation and hope the authorities achieve a “quick and definitive resolution” in light of it.

Fedefurta on his part, explained it, for example 25,000 tons of cherries equivalent to the cargo of two Cherry Express ships leaving for China to kick off the Chilean fruit season, has been endangered by the recent truckers’ strike.

“As the government said, Truckers’ demands are completely excessive and outlaw their own status some of which are Demands for greater security cannot be confused with actions that destroy the country. ” said Jorge Valenzuela, president of the Federation of Chilean Fruit Growers (Fedefruta).

NFL Week 13 RecapThe Cincinnati football players defeated Kansas City 27:24 in the derby of the 13th week of the NFL League and consolidated...
Previous article
The moody Uruguayans and the Korean goalkeeper ensured a “friendly” 0:0
Next article
Nuevas Ideas seeks to regulate the definitive absence of councilors in the Code.