Consequences of declaring Russia a promoter of terrorism, an act without an EU legal framework 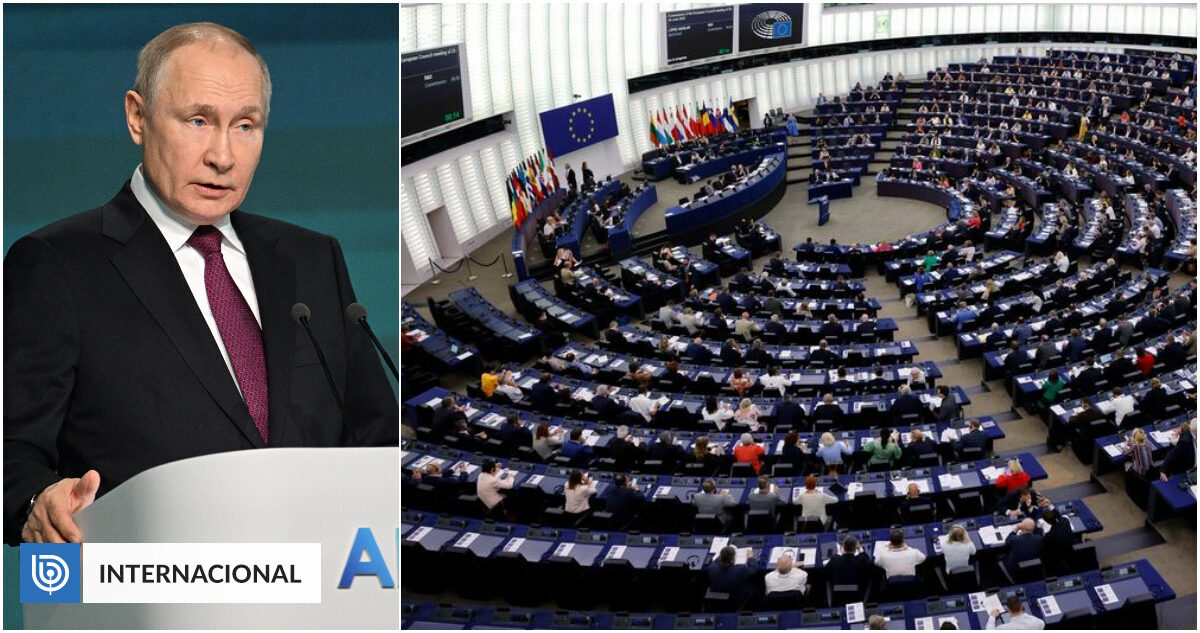 In a majority resolution, the European Parliament declared Russia a state sponsor of terrorism. Although this has no direct legal implications, it is seen as a powerful political signal.

declare the country as supporter of terrorism In principle, not foreseen by the European Union, Since there is no legal framework, As happened yesterday in Russia.

To do so, the sponsors of the resolution cited the United States as an example, whose list includes, among other things: Cuba and North Korea.

Europe has so far only been able to list organizations like Palestine as sponsors of terrorism. Hamas, or PKK Kurdish.

There are currently 21 associations classified as: “terrorist” by the EU. In other words, with this new resolution, the European Parliament opens a new instance.

The resolution states that Russia is not only waging an unjust war against Ukraine, but also indiscriminate attacks on civilians and infrastructure.

Russian forces have killed thousands of civilians and carried out acts of terrorism across Ukraine, targeting homes, schools, hospitals, metro stations, electricity and drinking water facilities, according to documents.

“These brutal and inhuman acts cause death, suffering, destruction and exile.” highlight.

“Through fear and death, the enemy has tried again what he has not achieved for nine months and what he will never achieve,” the Ukrainian president said. Volodymyr Zelensky After Russian forces bombed a hospital in Kupyansk, eastern Ukraine,

Classification of actions of Russian soldiers contrary to international law “terrorism” Corresponds to the words chosen by Zelensky.

The accusation is that Russia wants to compensate for military defeats with acts of terrorism against civilians.

Several Eastern European parliaments have already endorsed that interpretation, and Russia “Terrorist Supporters” Among them are Poland, the Baltic States and the Czech Republic.

The initiative to put a resolution to a vote in the European Parliament also stemmed from that position after being presented by the European Conservative Reform Group (ECR), a right-wing nationalist.

It is the sum of all these accusations leveled against Russia as the initiator of the war.

The vote was overshadowed by a computer attack that temporarily paralyzed the entire page of the European Parliament. According to the president of EP, Roberta Mezzola A group of hackers close to the Kremlin have claimed responsibility for the cyber attack.

The idea is to confiscate Russian assets

Basically, the European Parliament’s resolution is nothing more than a political signal. It has no legal implications per se.

So the idea is to set the stage for the confiscation of Russian assets that have so far only been frozen in Europe.

In addition, it should be useful for carrying Vladimir Putin Before the post-war international tribunal and for the gradual freezing of diplomatic relations with Russia.

The confiscation of Russian assets would help rebuild Ukraine, the promoters of the resolution say. Deputy Charlie Weimers, Leader of the Swedish Democratic Party, a right-wing populist party in Sweden.

“There can be no real peace until Russia withdraws from Ukraine.” addition.

“Russia must understand that it must not only be responsible for the individuals who committed war crimes, but also for the destruction and deliberate terrorism the Russian state has unleashed on Ukraine.”

A resolution would be the first step towards achieving this.

This resolution has caused controversy in all political branches.

Some in the Social Democrats see this as politically ridiculous and fear it will make negotiations with Russia even more difficult.

It’s also a headache for the Christian Democrats and the Greens. The left initially opposed it, but then the majority agreed.group socialists and democrats (S&D) said it had finally voted for tougher sanctions against Russia since the start of the war.

For Pedro Marquez, President of the Group, “There is no doubt that the atrocities (…) are an attempt to terrorize the population.”

Russia wants to keep people out of the winter and without access to heating or electricity, he added.

“It is nothing but a war crime. Russia must be stopped and held accountable,” he said. The Social Democrats emphasized

However, this resolution has no political implications. To do so, the member states of the European Union must unanimously approve it.

Even those who support Putin Victor Orban not the president of France Emmanuel Macron The German government still sees itself as a negotiator with Moscow, and a German government unwilling to rule out all political solutions would agree.

So all that’s left is the signal from the members of the European Parliament, likely lost in a vacuum.

Previous article
The death of Pedro Carcuro and his son: ‘I have to keep walking under the weight of facts’
Next article
What Mr. Beast is doing in Chile: Billionaire YouTuber giving away money on video