Croatia in energy cooperation with Austria and Bavaria, with Slovenia in a solidarity agreement 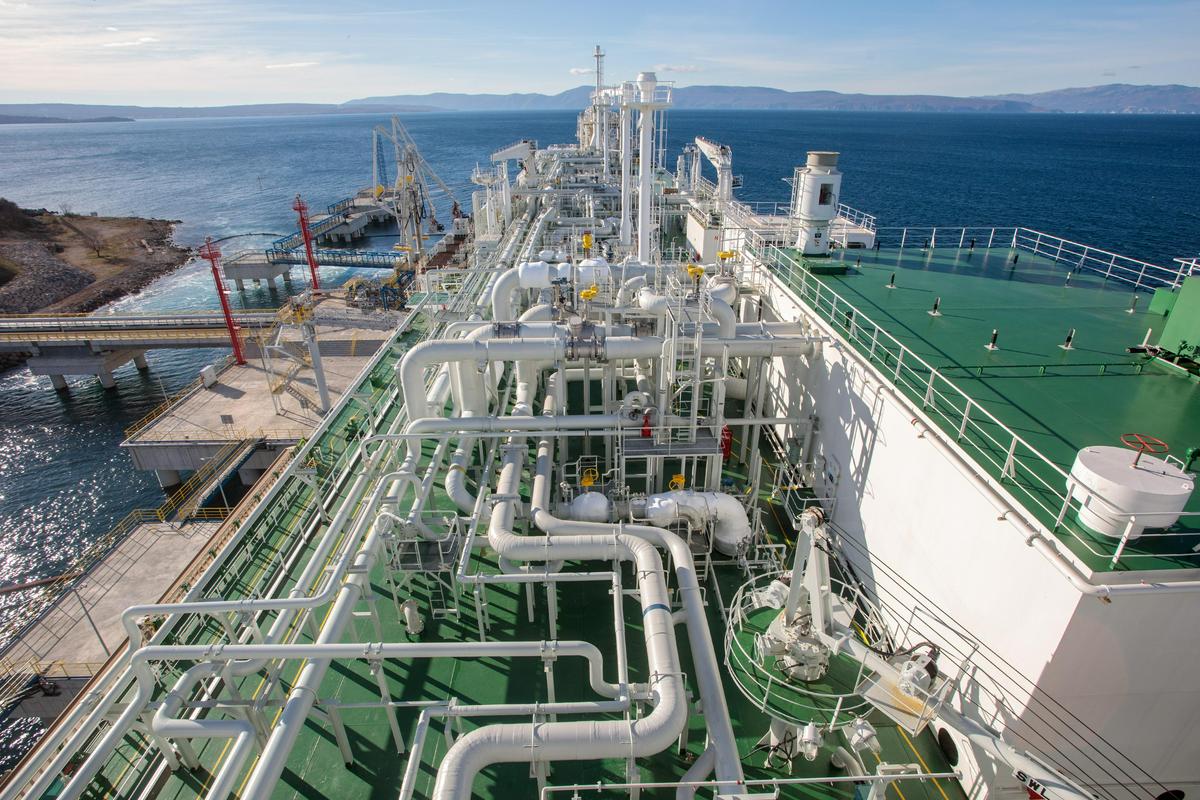 Croatia, Austria and Bavaria will cooperate in the expansion of the gas terminal on Krk and the construction of a gas pipeline, a significant part of which would pass through Slovenia, and just today Zagreb agreed to a solidarity agreement with Slovenia on gas supply.

Croatian Prime Minister, Austrian Chancellor Karl Nehammer and Bavarian Prime Minister Markus Söder signed a statement on energy-political cooperation after today’s tour of the gas terminal on Krk. “In Croatia, we must not only take care of our own energy security, but also the security of neighboring countries,” Plenković said.

Plenković, Nehammer and Söder looked at the potential possibilities of a terminal for liquefied natural gas (LNG) in Omišlj na Krk, which would connect the mentioned three countries with a gas pipeline. We would ask the European Commission to co-finance the project.

The trio signed a declaration of cooperation, and the partners intend to form a working group, which will include government representatives and experts, Plenković said. The group will study the possibilities of energy cooperation in the construction of the gas pipeline and the expansion of the LNG terminal on Krk.

According to Plenković, the cooperation of the countries is important in light of the Russian aggression against Ukraine, which is why Europe is looking for alternatives to Russian energy sources, as well as because of the further green transition. At the same time, the Croatian Prime Minister pointed out that Croatia must contribute not only to its own, but also to the energy security of neighboring countries, as well as Austria and Germany.

He recalled the government’s decision to increase the capacity of the Krk terminal from 2.9 to 6.1 billion cubic meters of gas. “This is twice as much as Croatian needs,” he said. When connecting with Austria and Bavaria with a gas pipeline, a significant part of it would pass through Slovenia, which is why, according to Plenković, talks with the neighboring country are also important.

Nehammer pointed out that further steps in this project are left to the profession. “We will turn to the European Commission and ask for help as soon as possible. There is political will for this project in Austria,” the chancellor is summed up by Hina.

As he added, since the start of the war in Ukraine, Austria has significantly reduced gas imports from Russia and dispersed energy sources. “However, it is also important to think about the gradual abandonment of fossil fuels and about hydrogen as an energy source of the future,” Nehammer also said.

Meanwhile, Söder assessed that it is an important step in the pursuit of common goals – ensuring energy independence, maintaining the level of energy sources and combating climate change. “We are looking for new renewable energy sources, from hydrogen, wind farms to solar farms, where southern Europe can play an important role,” he said.

Signing of the agreement with Slovenia in the coming days

Just today, the Croatian government made a decision to conclude a solidarity agreement with Slovenia on gas supply, and it will be signed in the coming days, Croatian Economy Minister Davor Filipović said after the meeting of EU ministers responsible for energy.

“Solidarity is a prerequisite for a successful fight in these crisis situations at the level of all of Europe,” Filipović emphasized in Brussels and added that such agreements are also being discussed with neighboring countries.

The Slovenian government already accepted the proposal for an initiative to conclude an agreement with Croatia in the summer, and the Parliamentary Committee for Foreign Policy approved the proposal in September. The proposal regulates the technical, legal and financial bases for the implementation of a solidarity mechanism between EU member states to assist in the supply of gas to protected customers in accordance with the European regulation on measures to ensure the security of gas supply. The agreement would apply to both sides, so Slovenia could ask Croatia for help and vice versa.

The country activates the mechanism as a last resort after taking all possible measures to ensure the supply of its protected customers, including the termination of gas supply to all its unprotected customers. In accordance with Slovenian legislation, in addition to households, health activities with rehabilitation and care, educational and care activities, educational activities with student and student dormitories and university libraries, as well as social welfare activities are protected clients.

According to the agreement, the country providing solidarity assistance will do its best to implement measures in its gas system to be able to offer the necessary amount of gas to the recipient country. If the latter decides to receive an offer for gas supply within the framework of solidarity aid, in accordance with the European regulation and agreement, he undertakes to ensure payment for the gas received.

Agreements of this kind follow one of the proposals of the European Commission in dealing with the high cost of energy, with Brussels advocating for a standard agreement on the basis of which member states would receive gas from others in the event of an emergency, even if they do not have a solidarity agreement.