Discovery of mechanism by which monkeypox evades human cellular defenses 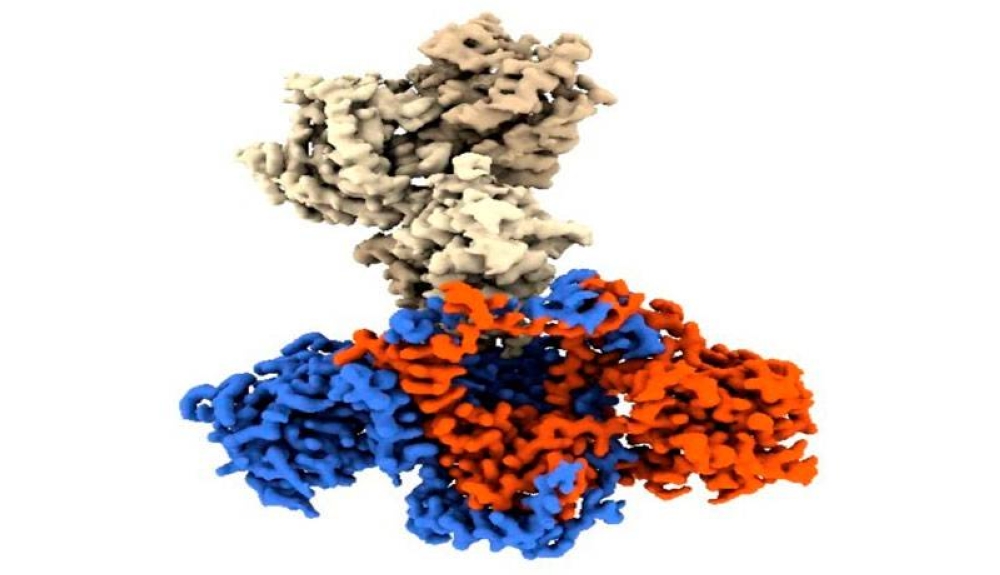 Scientists at the National Cancer Research Center (CNIO) and the University of Sussex (UK) have discovered a mechanism that helps viruses such as monkeypox block and evade cellular defense systems.

Human cell defense mechanisms against viruses such as monkeypox, herpes simplex, and human papillomavirus (all double-stranded DNA viruses) rely on proteins that patrol the cell like viral DNA sensors.

This is a form of cellular defense discovered only a decade ago and still largely unstudied. When the sensor protein detects viral DNA, it binds to the viral DNA and sounds an alarm. Cells activate defenses. But viruses, like an arms race, also have proteins that can block this cellular alarm system.

The study, now with CNIO scientists and published in the journal Nature Communications, aims to characterize its three-dimensional structure at the atomic level by combining it with the structure of viral proteins that can block this complex. Succeeded. Researchers say the findings will improve responses to these infections.

The researchers worked with the “vaccinia” virus (used in the development of the smallpox vaccine and belonging to the Poxviridae family). Her two proteins of this virus, called C4 and C16, bind Ku and block its action, inactivating the cell-mediated immune response. Knowing the shape and three-dimensional structure of these proteins helps us understand how they function.

Proteins as plugs that inactivate the Ku ring

Ku is ring-shaped, with a hole in the middle that allows it to pass itself through DNA. found (see graphic animation).

Researchers in the CNIO group on macromolecular complexes in response to DNA damage, led by Óscar Llorca, used cryo-electron microscopy, a technique that allows visualization of interactions between viral and human proteins, to visualize the C16-Ku complex. succeeded in obtaining the structure of .

In this way, the authors of the study were able to identify which part of the viral protein causes Ku blockade. A viral protein acts as a kind of stopper for this ring, blocking Ku from binding to the viral DNA,” explains Óscar Llorca.

This work was carried out in collaboration with a group at the University of Sussex led by investigator Lawrence H. Pearl, who confirmed that the mechanism of action of the C4 protein is very similar to that of C16.

The ku complex is also present in the nucleus of cells, but its role is not to alert us to the presence of viruses, but to repair our own genetic material when it is damaged.

Llorca’s group is investigating the role in cancer of protein complexes such as ku, which are involved in double-stranded DNA repair. When these repair mechanisms act on tumor cells, they favor survival and thus cancer.

Thanks to new research, now that we know how viruses block the action of Ku, we can learn to alter its role in repairing DNA breaks in tumor cells.

“The idea of ​​this study is that treatments that cause DNA damage in tumor cells would be more effective if Ku function could be blocked during the DNA repair process, similar to what viruses do. I was born from,” he commented. Ángel Rivera-Calzada, co-first author of the study, said:

As such, one of the next steps is to assess whether emulating the mechanism of viral proteins that block Ku can help develop strategies to amplify the efficacy of cancer therapy.

“Among all viral proteins, it is some of the amino acids that act by blocking the action of Ku,” noted Rivera-Calzada. The first step is to confirm that these small fragments generated in the laboratory can block the recognition of damaged DNA. To this end, the author of the paper trusts to collaborate with his CNIO experts on this type of strategy.

Furthermore, the information obtained may be useful in developing strategies against infections caused by these viruses. By comparing the protein sequences of the C4 and C16 homologues of other viruses in the same family, researchers were able to observe that the region responsible for Ku inactivation is highly conserved. .

Among these viruses are, for example, the smallpox and monkeypox viruses, which have been in the news recently due to the emergence of multiple cases in various European countries. To this end, the researchers are proposing future collaborations with a group of virology experts.

Previous article
Cuban president arrives in China, where he meets with Xi Jinping and signs some agreements
Next article
‘He doesn’t know the pain there’: Patti Maldonado attacks Cecilia Borocco after size dispute