Deputy Mayor of Lviv: “Currently 70 percent of citizens have electricity” 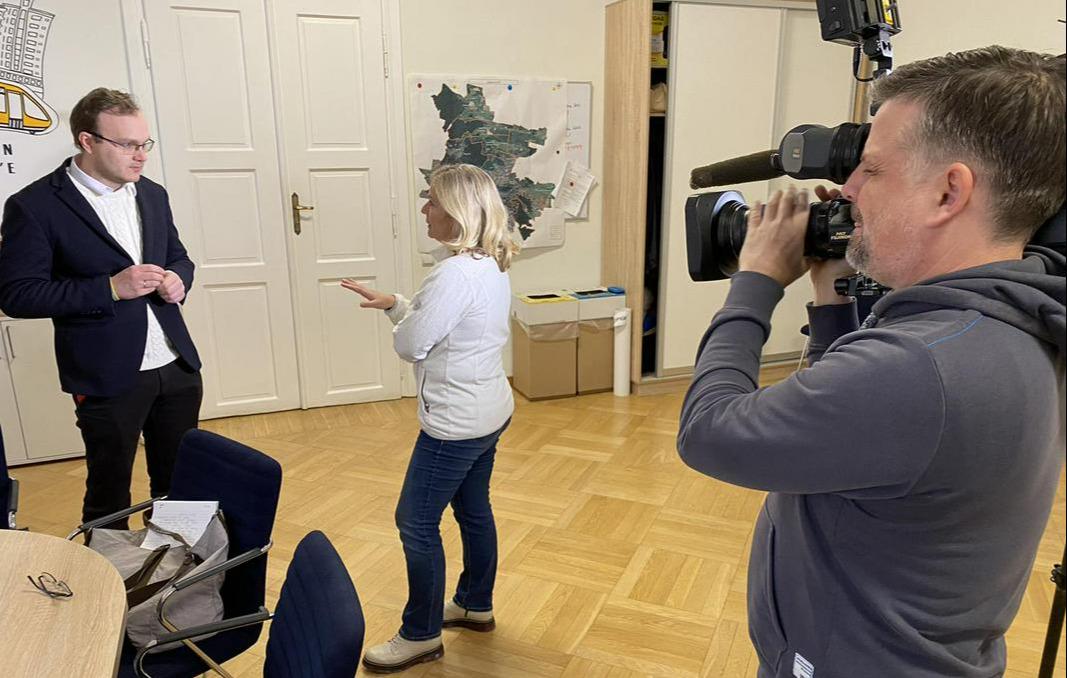 Nine months of war in Ukraine

The war in Ukraine entered its tenth month yesterday. The Russian army invaded the country on February 24 this year, and nine months later fierce fighting continues in the east and southeast of the country. The TV Slovenia team entered the devastated country via Poland.

Ukraine does not control about a fifth of its territory, the European Union is discussing a ninth round of sanctions against Russia, and Ukrainians across the country have been the target of violent and sustained attacks on energy infrastructure in recent weeks.

After a wave of Russian attacks this Wednesday, 80 percent of Kyiv residents woke up without electricity on Thursday, now 50 percent of households have had it restored. On Thursday evening, the water supply was at least partially restored. A few days ago, it snowed in the country, and a new shipment of snow is also announced this weekend.

The already low temperatures will drop further in the coming days, as the mayor of Kyiv announced this week Vitaliy Klitschko in a conversation with the German newspaper Bild: Ukrainians are facing the worst winter since the Second World War.

On Thursday, the TV Slovenija team arrived in Rzeszow, the largest city in the south-east of Poland, where the inhabitants are separated from the war by a mere hour by car.

Lviv, the largest city in the west of Ukraine, is 170 kilometers from Rzeszow, and according to the local authorities, during those months of war, one million Ukrainian refugees made their way to the world through Rzeszow. Very few of them remained in the city; they all hope that the war will end soon and they can return home, but most of the refugees have moved on. And many will not return.

“The worst was in March, when most refugees came,” says the local woman. “Poor people! War, what a horror! And all this because of one man!”

In the first days of the war, the railway station in Rzeszów was turned into a reception center for refugees, from where the refugees went to other places. According to the latest data from the United Nations, slightly more than 7,800,000 people fled Ukraine in these nine months, of which the largest number of refugees are in Poland, one and a half million.

In Rzeszow, the war on the doorstep is causing a lot of unrest. There has been even more unrest since a rocket fell on a Polish village about 180 km from Rzeszów a few days ago, killing two people. “There was a lot of talk about it for three days, but then everything kind of went quiet,” says our interlocutor, shaking her head.

The investigation of the incident in the village of Przewodow, where a rocket fell on November 15, is ongoing, led by Polish and American investigators, and it was confirmed in Kyiv that Ukraine is also participating in the investigation.

The team then headed towards the Polish-Ukrainian border on Friday morning. Snow had already covered the landscape, and the road was almost empty on the way to the border crossing. At the crossing, there were many trucks waiting to enter Ukraine, but few private vehicles.

After two hours, the team arrived in Lviv, where residents are plagued by blackouts of electricity and water supply.

“Currently, 70 percent of citizens have electricity, but even they can expect blackouts during the day. These are planned, as the state company has to manage energy consumption for each city individually,” said the deputy mayor of Lviv in an interview with RTV Andrij Moškalenko.

NFL Week 13 RecapThe Cincinnati football players defeated Kansas City 27:24 in the derby of the 13th week of the NFL League and consolidated...
Previous article
Putin warns of ‘serious consequences’ of limiting Russian oil prices on the market
Next article
The English want to confirm their good performance against Iran against the USA