Testimony of Ukrainian tortured in Kherson: ‘They tied me, beat me, electrocuted me’ 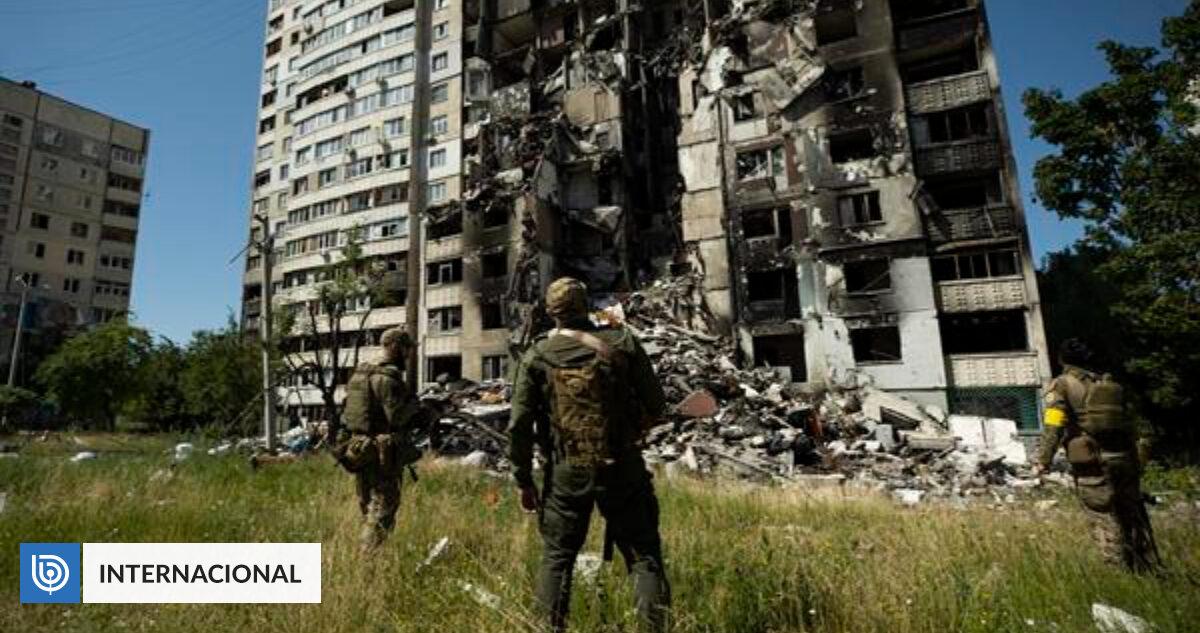 They took his passport, took his fingerprints and DNA samples, told him that he was now in a database, that he should stay in this city and cooperate with the Russians. .

Anatoly Stotsky, a Ukrainian who was twice detained in Kherson, recounted interrogations and tortures he was subjected to by Russian and pro-Russian services, interrupted by beatings and electric shocks.

Anatoli, armed with rifles, joined units of the Ukrainian Territorial Defense Force on February 24, when the Russian invasion began, but was in Kherson on March 2, when Moscow troops entered the city.

He was ordered to remain at home with his weapon and await instructions.

“After a couple of weeks, the Russians found a list of us conscripted into territorial defense and started arresting us,” he said.

All this was discussed at his house in the center of the city on November 11, a few days after Kherson’s liberation.

On April 25, he explained, “They came here. I was with my wife and three-year-old daughter. They threatened to kill my family, so I gave them a gun.” He was then hooded and taken to what appeared to be a nearby police station.

Ukrainian youths were put in solitary confinement and “tied to chairs.”

He said hooded men from the Russian security forces questioned him about his weapons.

After the Russians entered the city, “they asked me where I got it, who gave it to me, and why I didn’t give it to them,” he said.

They released him in the street on May 4 with a head covering.

“When I got home, I was covered in bruises,” Anatoli said. “I wanted to leave this city, but I was afraid,” he added.

Instead, he sent his wife and daughter out of the Zaporizhia checkpoint, 300 kilometers northeast of Kherson.

A second arrest was made on July 6. According to him, they were then men from the Ministry of State Security of the Donetsk People’s Republic, a region annexed to Moscow at the end of September.

“They came to my house and said, ‘I know he has already been arrested, but the interrogation was incomplete. They will come,” explained the Ukrainian.

“For the first five or six days they beat me up. At night they wouldn’t let me sleep. I couldn’t lie down because I was sitting in handcuffs to the throne,” he said.

Every time a guard entered his cell, he had to cover himself up so that he wouldn’t see them.

One day they took him to another cell for questioning.

“They tied my hands and feet and threw me to the ground. They attached crocodile clips to my fingers and electrocuted me,” Anatoli said.

He believes he was electrocuted by “a special device because the energy came from the box.”

He said he was rarely allowed to go to the bathroom. He urinated in an empty bottle given to him in his cell.

“For the first two weeks I had blood in my urine. I didn’t lose anything,” he added, noting that they fed him once every three days.

He was eventually released on August 20 after a month and a half of detention.

He did not return home and hid with relatives for fear of being arrested again.

He claimed to have lost 25 kilograms during his confinement.

He said the second place of detention was an old office building in the city center. I could see the Japanese, American and Ukrainian flags lying on the floor of the entrance.

The four-storey building is located on Pylypa Orlyk Street. A man at the access point told AFP that an AFP journalist had attempted to break in, but was unsuccessful, citing an “investigation”.

“I thought of suicide,” said Anatoli, who ended 50 years in detention. “But thinking about my family gave me the strength to endure all of this,” he said.

Codelco’s Executive Committee will have two female vice presidents for the first time in 51 years.

In the service of the government for digital transformation, they are part of the campaign "Bite yourself into the enemy's language!" prepared a...
Economy

Employers: The effect of the law to mitigate the consequences of the energy crisis will be extremely modest

Appeal to the Prime Minister and the Ministers of Economy, Infrastructure, Finance and LabourThe proposed law on aid to the economy to...
Economy

Rally: Tänak will now race in a Ford

Ended cooperation with Hyundai this seasonEstonian driver Ott Tänak, the 2019 World Rally Champion, will drive for the M-sport Ford team next season. This...
Previous article
Germany will replace long-term unemployment benefits with a basic income
Next article
Exodus in Palestine: 6 players out of 2023 season