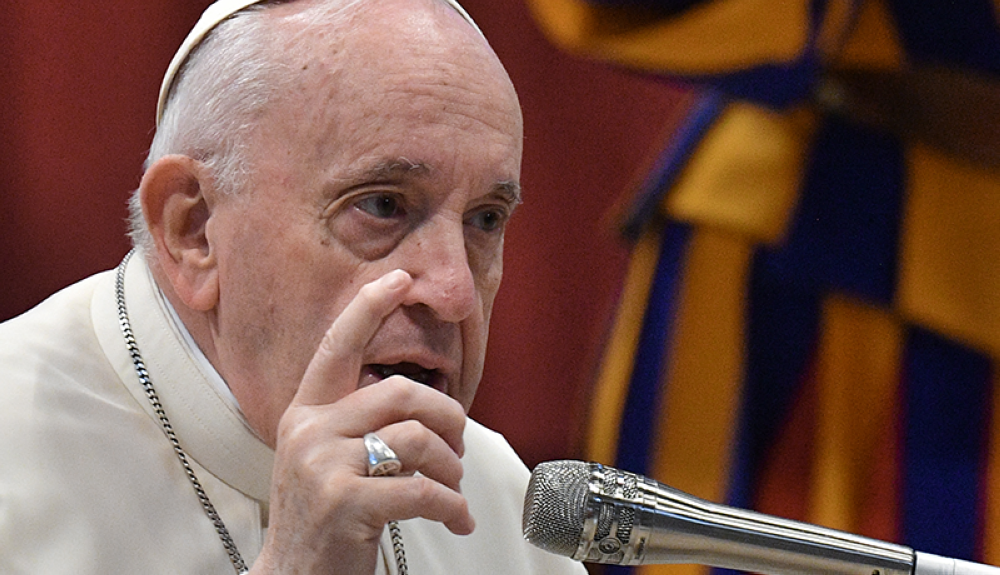 The Pope this Wednesday reiterated his call for peace in Ukraine, comparing it to Operation Reinhardt, the Nazis’ secret plan to exterminate Jews during World War II, to Polish pilgrims who attended the general audience on Wednesday. I said hello.

“During World War II, it (by design) exterminated nearly two million people, mostly Jews. The memory of this terrible event awakens the desire and action for peace in all of us. Like, history repeats itself, repeats itself.” Today we see what is happening in Ukraine. Let’s pray for peace. My heartfelt congratulations to the people here and their compatriots,” commemorated the anniversary of this project in Lublin.

Attending the audience was Andriy Sadovy, Mayor of Lviv, Ukraine, who briefly greeted the Pope. The Ukrainian councilor is accompanied by medical workers at a rehabilitation center for war victims, where his prostheses are also manufactured.

Francisco, on the other hand, denounces the murder of women “most often stemming from the alleged affection of the other.”

“Possession is the enemy of good and kills affection. Many cases of domestic violence are unfortunately frequent in the news, but most often the claim of possession of another’s affection , stems from seeking absolute security: it kills freedom, stifles life and turns it into hell,” he said.

Francis is thus convinced that the only way to love is to love freely. “That’s why the Lord created us free. We even have the freedom to say no,” he emphasized.

Previous article
United manager: ‘Cristiano is in the past, but now he’s looking to the future’
Next article
Peru: At least five Castillo ministers resigned immediately after parliamentary dissolution