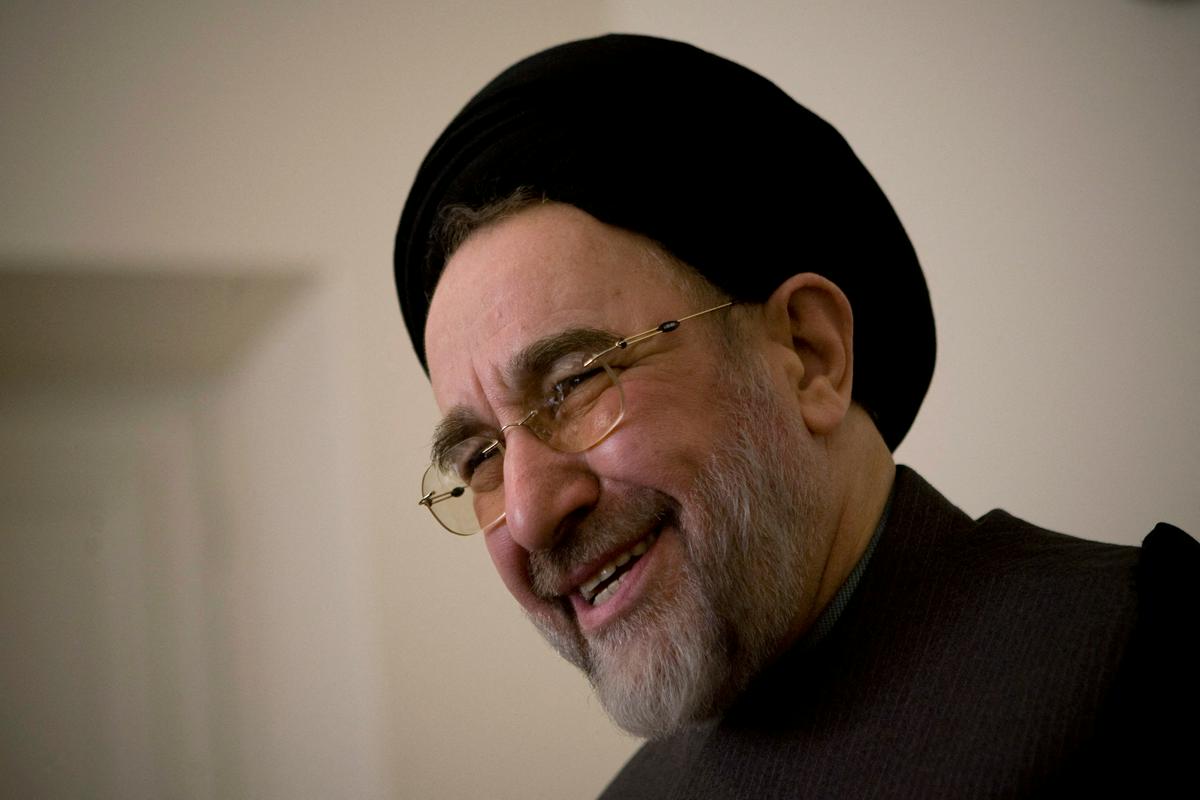 He called the slogan “Woman, life, freedom” a “beautiful message that indicates a movement towards a better future”

Former President Mohammad Hatami expressed his support for the protests that have been going on in Iran for two months on Tuesday. The sister of the supreme religious leader, Ayatollah Khamenei, is said to have condemned his actions in a letter.

Violent protests have rocked Iran for more than two months since the death of Kurdish woman Mahsa Amini in police custody, who was previously detained by morality police for allegedly improperly wearing the Islamic hijab headscarf.

Iran’s security forces have so far killed at least 448 people during protests across the country, according to the Norway-based NGO Iran Human Rights.

Iranian authorities, struggling to quell the protests, describe them as riots fueled by Iran’s enemies; The US and its allies, including Britain and Israel.

Former president Mohamed Hatami, who is unwanted by the current authorities, expressed his support for the protest movement on Tuesday. His slogan “Woman, Life, Freedom” was described as “a nice message that shows movement towards a better future“, reports the French news agency AFP.

He condemned the arrests of the students who were at the forefront of the protests and called on the authorities to “give the students a helping hand” and help them identify the “wrong aspects of governance” before it is too late.

Students’ Day is being held in Iran today, which was marked by the current president’s speech at the University of Tehran Ebrahim Raisi. According to videos on social networks, several protesters were also waiting for him in front of the university.

Meanwhile, many shops throughout Iran remained closed today for the third day in protest, reports the German news agency dpa. Iranian activists called for this on Monday, with the aim of preventing the flow of money in the Iranian banking system and crippling the economy.

Iranian authorities announced on Sunday that they would disband the morality police, which was primarily responsible for ensuring compliance with women’s dress codes. They also announced the creation of an investigative committee to clarify the reasons for the protests.

The public is skeptical of these predictions, which have not yet been officially announced by the Iranian authorities. The supreme leader in the country, the Ayatollah Ali Khamenei on Tuesday, he met with the Supreme Council of the Cultural Revolution, with which he was supposed to discuss the decision on the future of the moral police. Experts believe that even in the event of its abolition, the requirement to wear a headscarf could still be implemented, for example with video surveillance.

Khamenei’s sister is said to have condemned his crimes

Meanwhile, his sister is said to have spoken out against the supreme religious leader Badri Hosseini Khamenei. “I oppose my brother’s actions and express my sympathy to all the mothers who mourn the crimes of the Islamic Republic, from the time of Khomeini to the era of the despotic Caliphate of Ali Khamenei,Khamenei’s sister, who lives in Iran, is said to have said in the letter. The letter, dated “December 2022”, was published on Twitter by her son, who lives in Paris. Mahmoud Moradhani.

In a statement on Tuesday, the Revolutionary Guards called on Iran’s judiciary to “shows no mercy to rioters, thugs and terrorists“. The court then sentenced five people accused of killing a member of the Basij militia during the protests to death.

Previous article
Celje with a partial result of 6:0 to win over Elverum
Next article
Lensa AI: A trendy app that creates ‘magic avatars’ from your photos. What are the risks?