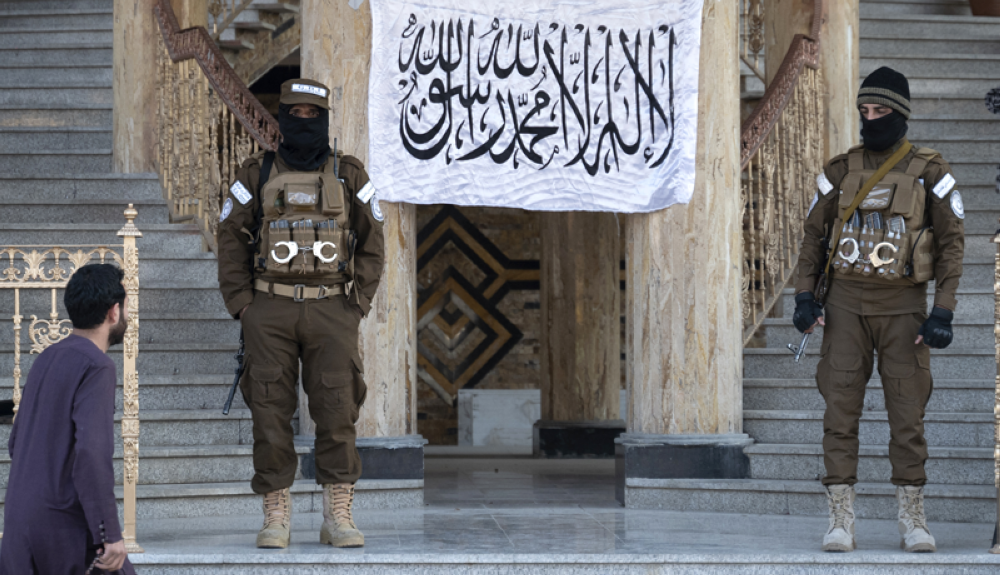 The Taliban executed a man Wednesday in the first public execution carried out by a jihadist since returning to power in Afghanistan in August 2021.

Taliban supreme leader Hibatullah Akunzada last month ordered the full implementation of parts of Islamic law, including public executions, stoning, flogging and amputation of limbs in the case of thieves.

The Sunni Islamist movement had already held several public floggings, but Wednesday’s executions were the first to be announced since the Taliban regained power.

The execution took place in Farah, the capital of the province of the same name in the western part of the country.

A statement released by the Taliban said the executed man’s name was Tajmir, who lived in Herat province and was convicted of a murder he committed in 2017.

“The high court has been instructed to apply this ‘kisas’ order during public gatherings,” Taliban spokesman Zabihullah Mujahid said in a statement.

“Kisaas” is an Islamic principle similar to the law of retribution, consisting of inflicting the same damage on the perpetrator as he has caused.

Mujahid later tweeted that the convict was executed with a Kalashnikov three times by the victim’s father.

According to the Taliban, the man had pleaded guilty.

During its first tenure in Afghanistan (1996-2001), the Taliban regularly inflicted official corporal punishment, including flogging and executions, at the National Stadium in Kabul.

It was a spectacle that “struck the human conscience,” he declared. “Why should it happen only in Afghanistan?”

The Taliban are returning to the retrograde and violent practices of the 1990s,” said US State Department spokesman Ned Price, who called the executions “despicable.”

A spokeswoman for UN Secretary-General Antonio Guterres also expressed “deep concern” and said he “calls for the restoration of the moratorium on the death penalty” in Afghanistan.

Karim Pakzad, a researcher at the French Institute for International Strategic Relations, said of the execution, “Hivatura Akunzada said that the only ‘valid’ law is that of God, and that no one should interpret it.” It reminds me of,” he said.

The Taliban are facing resistance within the government and “Sharia, the movement’s ideological foundation, is a way to unite and create unity,” he added.

The Taliban, who returned to power after the US withdrew from Afghanistan, vowed to facilitate Sharia law enforcement.

However, they impose severe restrictions on girls and women to follow a rigid vision of Islam and keep them out of public life.

Radical Islamists have banned secondary education for girls in most states and excluded women from many government jobs.

They also ordered women to hide themselves completely in public, and ideally to wear the burqa, a full-body veil.

Previous article
‘I don’t want you to leave’: Balthazar Law issued saddest chapter on Hernan’s death
Next article
US detains 422 gang members from MS-13 and Barrio 18 at southern border in 2022