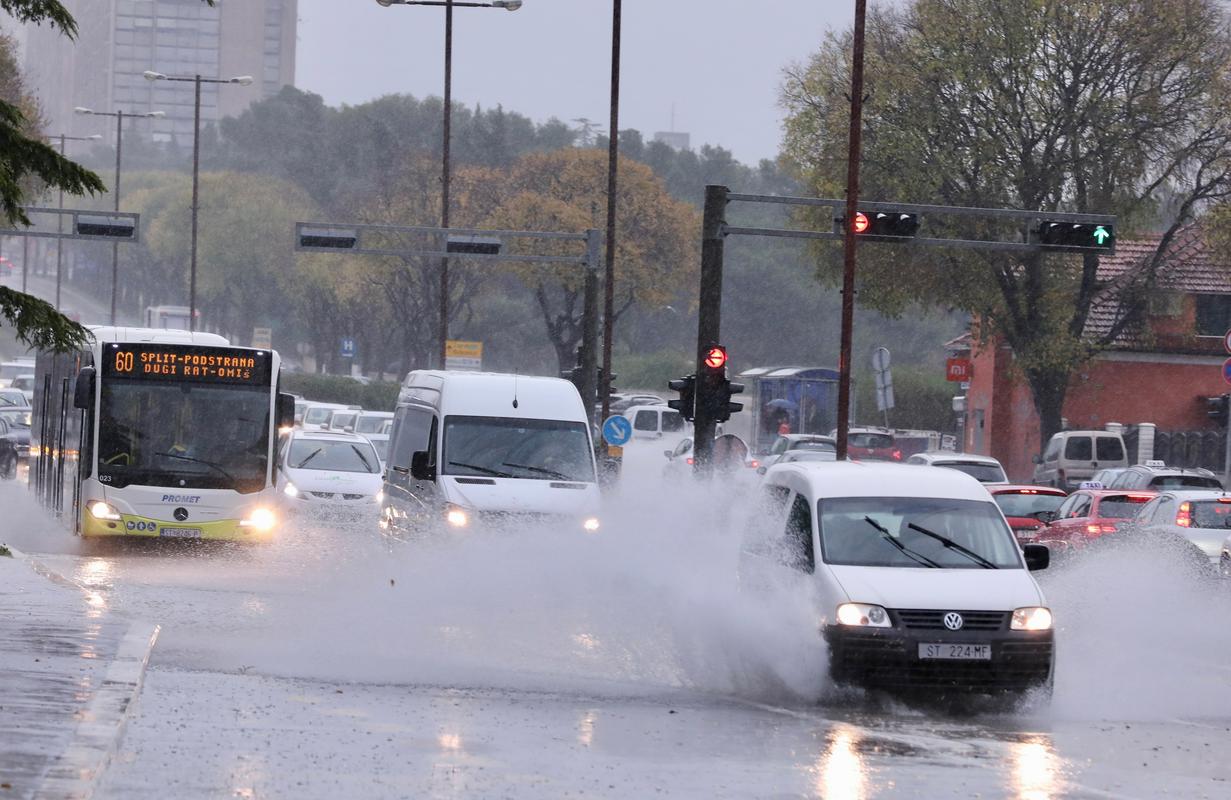 Heavy rainfall also covered the area of ​​Kaštela and Trogir

The heavy rains that swept Dalmatia flooded parts of Split, where more than a hundred liters of rain fell per square meter. Among other things, the water flooded some streets, including the Split promenade.

Heavy rainfall also covered the area of ​​Kaštela and Trogir, where up to 20 liters of rain per square meter fell in one hour, reports Dalmacijadanas.hr.

For the Split, Knin and Dubrovnik regions, the Croatian Meteorological Institute has issued a yellow warning for today, meaning potentially dangerous weather. They also called for caution due to slippery roads and reduced visibility.

According to the forecast of the hydrometeorological institute, the bad weather will continue on Friday and will spread from Dalmatia to the northern part of the Adriatic. For the Rijeka area, the institute has issued an orange warning for Friday, which means dangerous weather, and it will be covered by storms, strong winds and, in some places, floods.

Previous article
Opposition parties point to little analysis in 2023 budget bill
Next article
KPK did not find any violations in the rehabilitation of UKC Ljubljana, but they identified risks