After Ben-Gvir’s entry into the Al-Aqsa Mosque, a fierce dispute broke out between the ambassadors of Israel and Palestine 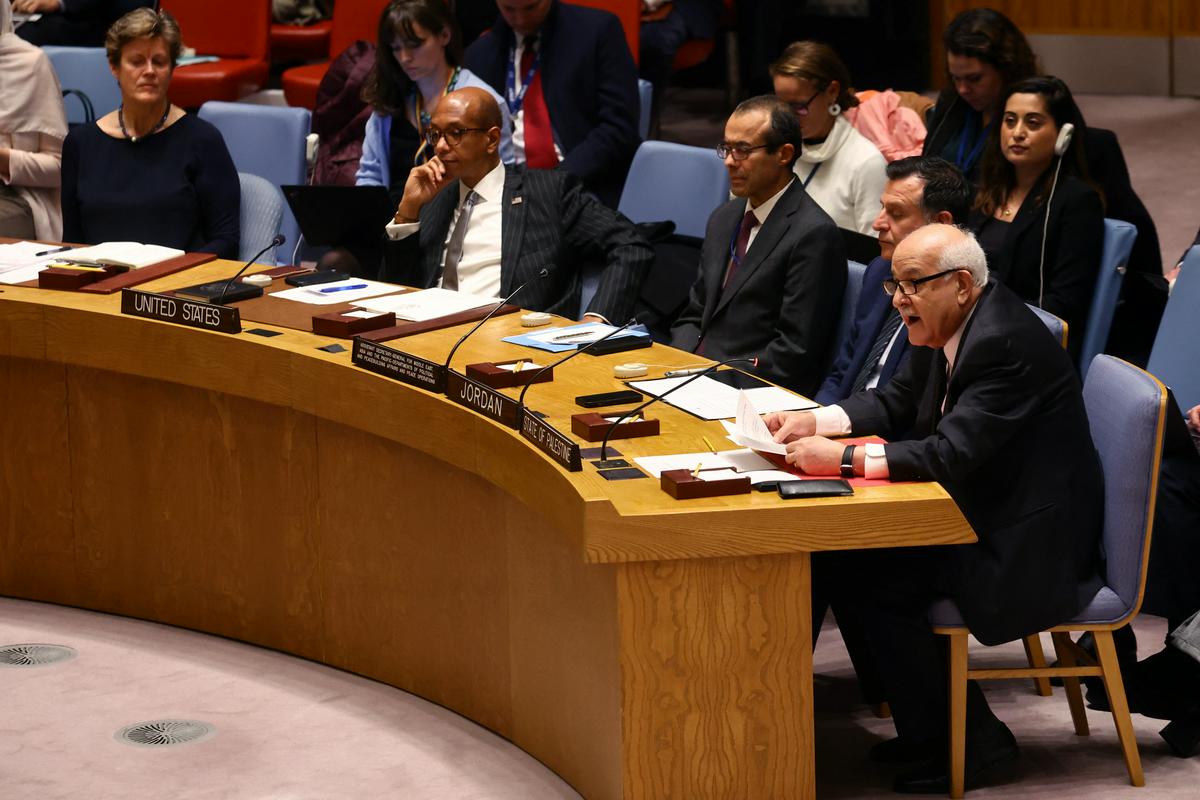 Extraordinary session of the Security Council

During the session of the UN Security Council, which was convened due to the visit of the Israeli Minister of National Security Itamar Ben-Gvir to the Al Aqsa Mosque, a fierce dispute broke out on Thursday between the ambassadors of Israel and Palestine.

Ambassador of Israel to the UN Gilad Erdan characterized the entire session as “pathetic” and “absurd” and insisted that it wasn’t for him “absolutely no reason”, reports the French news agency AFP. “Convening a meeting of the Security Council about the incident is truly absurd,” he estimated. He insisted that the visit was completely legitimate and “according to the status quo”.

Palestinian Representative to the United Nations Riyadh Mansur has, on the contrary, accused Israel of acting “with utter contempt” to the Palestinians, to the Security Council and the entire international community. He called on the members of the Security Council to finally take action. “What red line must Israel cross before the UN Security Council finally says ‘enough is enough’ and takes appropriate action?” he asked them. The Palestinians warn that the Israelis want to turn the mosque into a synagogue.

Representative of the USA Robert Wood reiterated the White House’s position at the meeting that the US opposes “any unilateral actions that mean a departure from the historical status quo, which is unacceptableHe called on both sides to do everything to restore order and peace and preserve the possibility of a two-state solution.

Far-right minister’s visit to the mosque on Tuesday Itamar Ben-Gvir has angered Palestinians and Arab states, and Western governments – including the US, which is considered Israel’s staunchest ally – have warned that such moves threaten the fragile balance of Jerusalem’s holy sites. A session of the UN General Assembly on this topic was requested by China and the United Arab Emirates.

The Al Aqsa Mosque is located in East Jerusalem and is the third holiest place for Muslims because it is where the Prophet Muhammad is said to have gone to heaven. For Jews, who call the area the Temple Mount, it is the holiest place. The mosque is under Muslim administration, and Israel is responsible for its security. According to an agreement with the Muslim authorities, Jews can visit the mosque but are not allowed to pray there.

In recent years, an increasing number of Jews, mostly Israeli nationalists, have secretly prayed at the site, which the Palestinians condemn. Meanwhile, Ben-Gvir has repeatedly criticized the mentioned agreement in the past as racist and discriminatory towards Jews. Palestinians, on the other hand, accuse the Israeli authorities of wanting to expand their control over the holy site.

Ben-Gvir has visited the area several times since entering parliament in April 2021, but was not the police minister at the time. The controversial visit of then-opposition leader Ariel Sharon in 2000 was one of the main reasons for the second Palestinian intifada, or uprising, which lasted until 2005. Even Israeli rabbis advised Ben-Gvir against this visit.

In the past, the UN Security Council adopted a series of resolutions on the Middle East conflict, in which it supported its solution by creating two states, Israel and Palestine.

The funds will go to two Baptist churches that played a key role in his lifeFashion icon André Leon Talley passed away last year,...
Previous article
Hackers published the email addresses of 200 million Twitter users
Next article
Today the winner of the Golden Eagle will be known, a surprise perhaps?