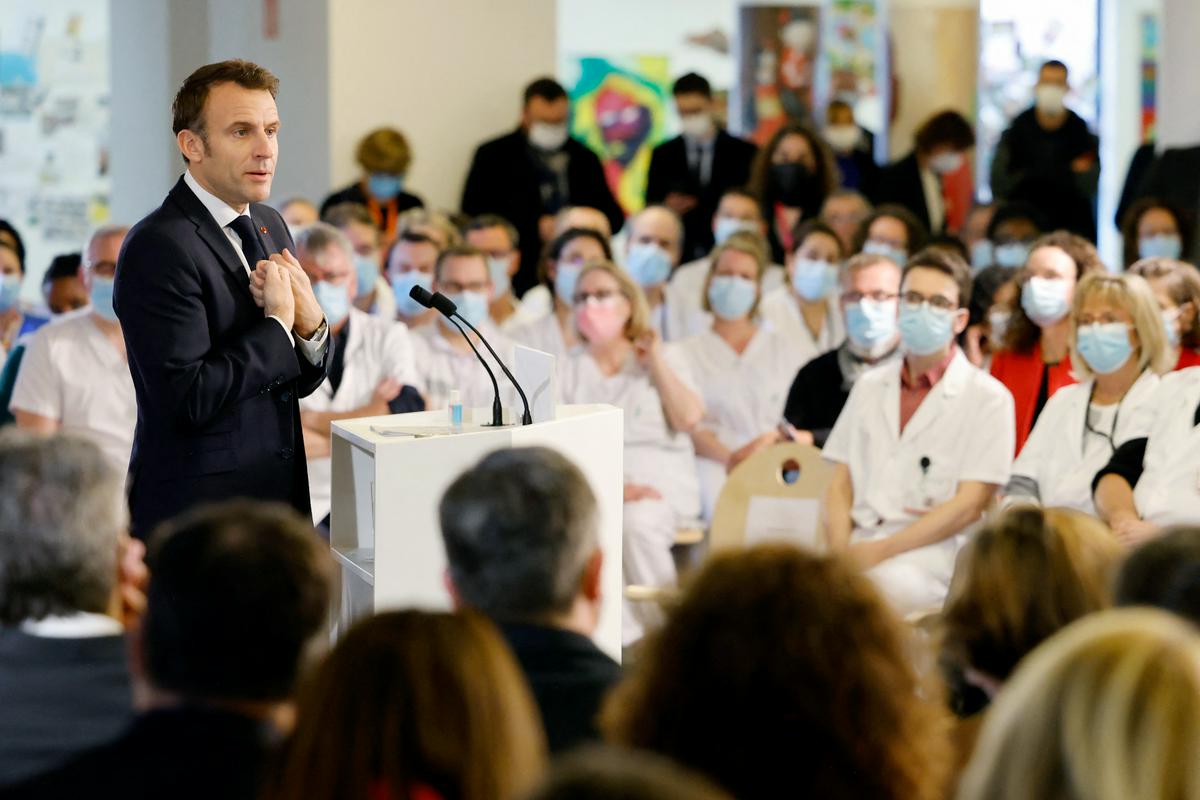 France is dealing with a shortage of medical personnel

French President Emmanuel Macron has promised to improve working conditions in healthcare and hire additional staff for administrative tasks. But the situation is likely to get worse before it gets better, he said.

Like many other European countries, France also faces a shortage of medical personnel, especially in rural areas. Hospitals are at capacity, the population is aging, more and more doctors and nurses are retiring, and the system is burdened by bureaucracy, Reuters reports.

Healthcare workers have been on strike for the past few weeks demanding better working conditions.

“We are faced with the situationwhich may get worse,” said Macron, who in his New Year’s address to health workers emphasized the need to train a new generation of health workers.

Until then, the government will speed up the recruitment of healthcare assistants, which would free up healthcare workers to work with patients instead of performing administrative tasks. By the end of the year, the number of these assistants should be increased from the current 4,000 to 10,000.

At a meeting with health workers outside Paris, Macron made the admission “personal and collective burnout, this sense of loss of meaning that sometimes occurs, the feeling of going from one crisis to another”reports the Euronews portal.

Macron also promised a change in the way hospitals operate by June, he also announced measures for greater cooperation between different parts of the health system and better control over working hours.

He said that higher wages alone will not be enough to make this profession more attractive. The government will also mostly eliminate the financing of hospitals by paying for individual services, he said.

Critics say that the system is hospitals encouraged to pursue greater volumes of profitable care while cutting costs and care in other areas.

A pandemic covid-19 has put an additional strain on healthcare resources. Many hospitals had to cancel scheduled surgeries or close emergency departments at night this winter.

Previous article
10 people were injured in a shooting during the shooting of the video of the rapper French Montana in Miami
Next article
How many Ballons d’Or could Pele have won under FIFA’s new rules?