McCarthy wins US House of Representatives president after Republican controversy 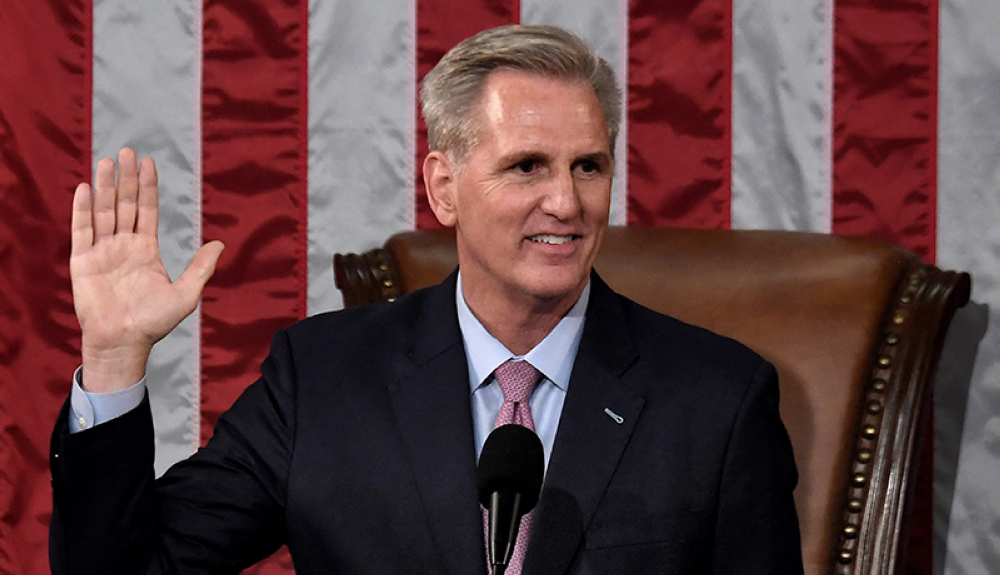 Kevin McCarthy, incoming Speaker of the US House of Representatives, takes the oath of office.AFP

After four days and 15 ballots, Republican Kevin McCarthy was elected Speaker of the U.S. House of Representatives early Saturday after a bitter dispute with fellow rebels.

After several deals, a rebel group made up of followers of former President Donald Trump accepted and allowed the nomination of the 57-year-old Californian by a simple majority vote.

Thus ended a lockdown situation unprecedented in more than 160 years that will cause hectic debates and tensions in the US Congress over the next two years. 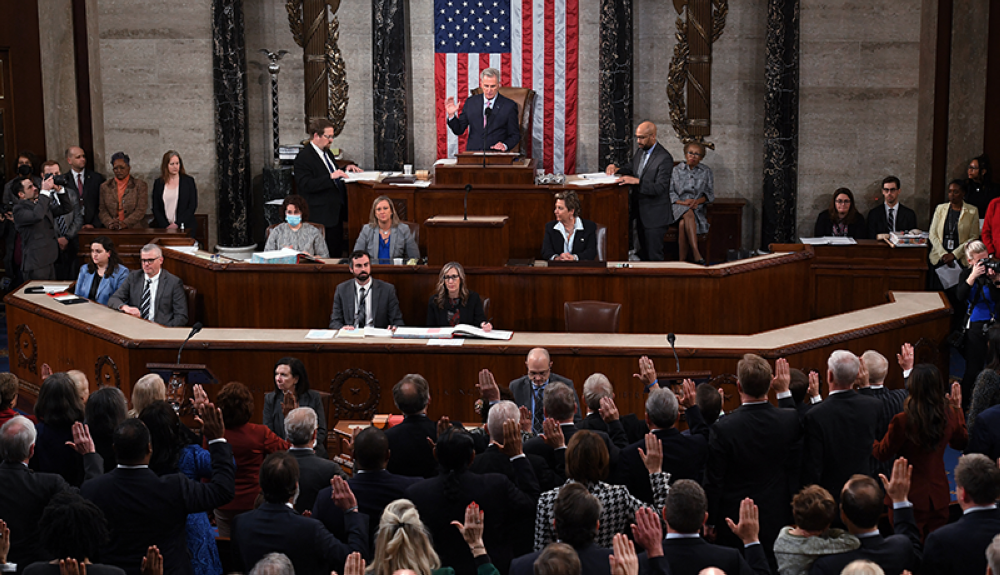 The new Speaker of the US House of Representatives, Kevin McCarthy, is sworn into office after being elected on the 15th ballot at the US Capitol in Washington, DC.AFP

“It’s time to govern responsibly and put the interests of American families first,” President Joe Biden said after the election, adding that he was “ready to work with the Republican Party.”

Before giving in, the Republican campaign’s free electrons provided some suspenseful final notes, derailing McCarthy’s aspirations, who thought he had already won the vote, 14 times.

Shortly after, McCarthy approached a group of rebel Trumpists and signals were exchanged, but the Secretary of Congress asked them to calm down. 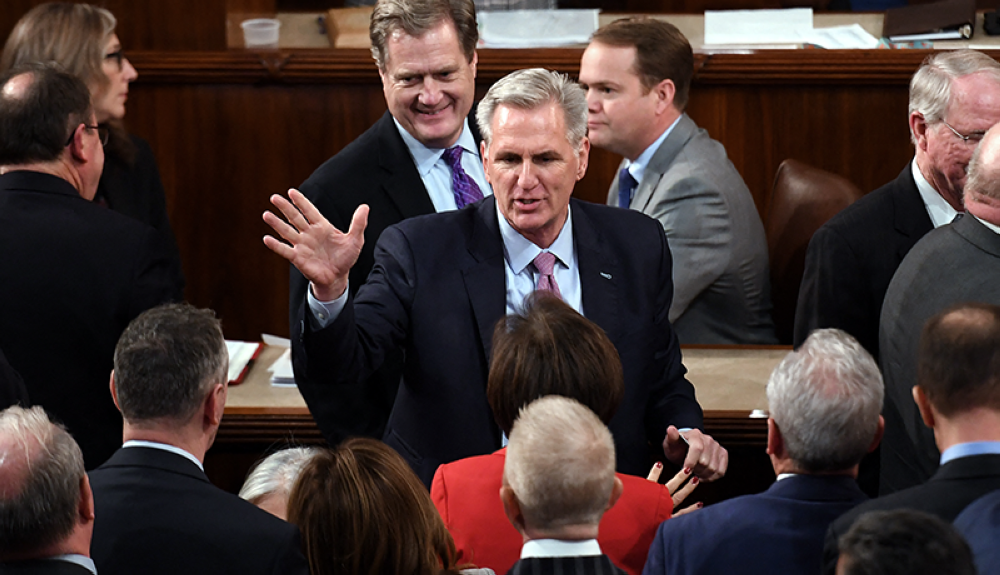 Kevin McCarthy lost in the 14th round of the ballot in the race to become the next Speaker of the House.AFP

This hardcore core of conservative lawmakers, whom McCarthy accused of colluding with the interests of the ruling class, used the Republican majority in the House achieved in November’s midterm elections to sabotage the nomination.

They didn’t ease the pressure until they had important assurances.

McCarthy, who was eventually elected, replaced Democrat Nancy Pelosi in the “orator” position, but appears to have weakened from this process, which was probably a very difficult task.

“We must get America back on track,” McCarthy said before taking the oath.

On the menu for the next few months are negotiations to raise the US public debt ceiling, federal funding, and possibly the release of additional aid to Ukraine.

Under the authority of the House of Representatives, Republicans have pledged to launch a series of investigations into Biden’s management of the pandemic or his withdrawal from Afghanistan.

“It’s time to take control of the president’s policies,” McCarthy stressed from the floor.

Biden cannot aspire to pass big legislation without control of both houses, unlike what happened after taking office in 2021. But with the Senate in Democrat hands, neither can Republicans. . 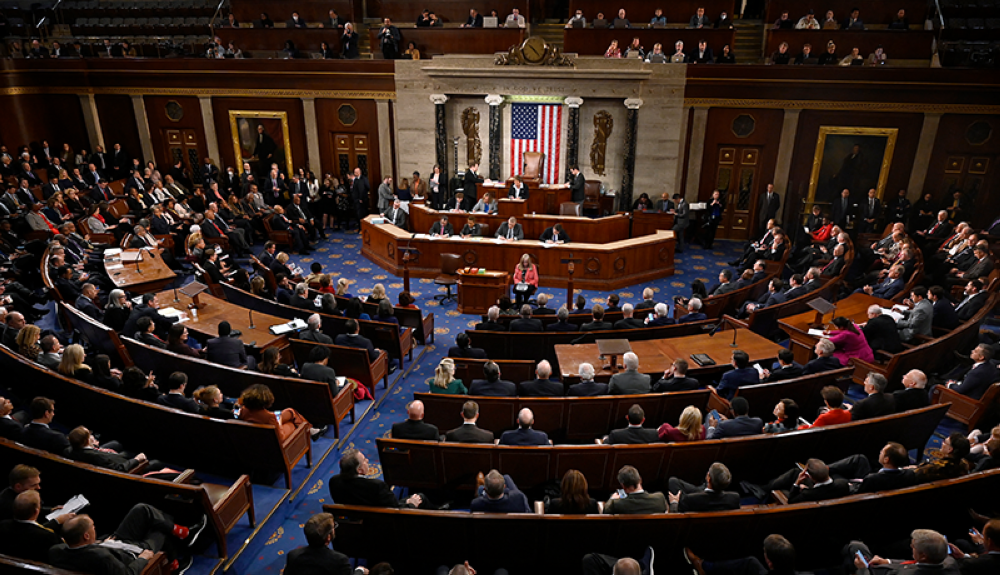 chaos in the chamber

Through this appointment process, Biden’s party blamed Trumpist dominance in the Republican Party two years after the attack on the Capitol that killed five people.

“The chaos in the House is just another example of how the extreme fringes are holding us back from governing,” Democratic Senate Majority Leader Chuck Schumer said.

But having failed to win a majority in the House since the November election, Democrats also lacked the support to win the election for “Speaker” candidate Hakeem Jeffries.

The process seemed endless at times, with lengthy negotiating sessions in the halls of the Capitol and hordes of journalists recording every statement made by a capricious delegate.

Without the “speaker,” the third most important politician in the United States after the president and vice president, representatives could not hold office and, as a result, vote on legislation.

Anger was evident among members of the Grand Old Party, called the Republican Party, who overwhelmingly supported McCarthy’s candidacy, leading to heated debate.

Many left the grounds to protest a speech by Matt Gates, one of the elected representatives leading the rebellion.

Investigation of police colleagues who tried to help cover up the factsProsecutors in Memphis, Tennessee, have filed charges against five police officers for the...
Previous article
Adult film actress suffers from dementia and will not be punished for rape
Next article
A ship without a captain, a wave of artificial intelligence arrives at CES