Pinera on Riots in Brazil: Three powers of state ‘must be respected and protected’ 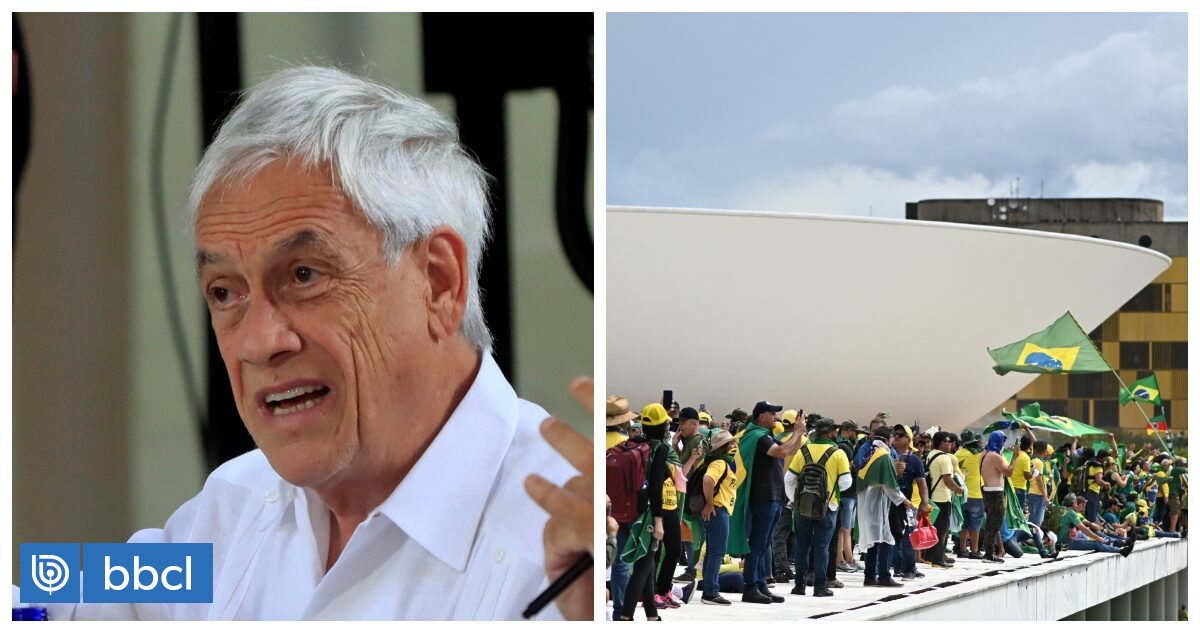 Piñera referred to the episode through his Twitter account, calling for respect for the state’s three powers.

Former president Sebastian Piñera responded this Sunday to an attack by Bolsonaro protesters on the headquarters of Brazil’s three powers, refusing the acts of violence that took place today “against democratic institutions” in the country. denounce,” he said.

Therefore, he argued that “executive, legislative and judicial powers are the basic institutions of democracy and must always be respected and protected.”

We reject and condemn the acts of violence committed against democratic institutions in Brazil today.
Executive, legislative and judicial powers are the basic institutions of democracy and must always be respected and protected.

The militants violently stormed the palace while Lula was traveling in the city of Araraquara in the state of São Paulo, destroying everything in his way.

The palace’s furnishings were smashed and thrown out of windows onto the street, but authorities have yet to assess the extensive damage caused by the mob.

After the violent attack, authorities found torn canvases, damaged computers, printers and televisions lying on the office floor, according to a video recorded by Social and Communications Minister Paulo Pimenta.

Official sources told the EFE that the mob did not enter Lula’s office at the Planalto Palace because the police had arrived at that moment.

The actions of the Bolsonalistas have been met with international condemnation, first of all in Latin America, where many heads of state have condemned what they called an attempted coup, in addition to US President Joe Biden and the European Commission. It’s from

Radicals are unaware of the outcome of the October 30th election. In this election, Lula narrowly defeated the current ex-president, Jair Bolsonaro, by less than two percent of his points.

Perched on the lamps of the National Assembly this Sunday, militants chanted slogans calling for military intervention, but the military did not respond to the call and their commanders remained resolutely silent.

There are about 200 detainees so far, according to preliminary information, but Justice Minister Flavio Dino said more arrests would be made for “terrorist acts” in the coming hours. However, citing Federal District Government sources, CNN Brazil reports up to 400 detainees.

The attack on the organization was unanimously condemned by all levels of Brazil, as well as by governments in Latin America, the United States and Europe.

A battle has begun among the internet search giants to impose their own artificial intelligence models....
Previous article
‘One day I said, ‘Yes, I want”: Mariella Montero announces engagement to partner
Next article
‘I made a mistake’: Marcianeke apologizes after dispute with Standley over fireworks at Colina