At least 1,200 Bolsonalistas detained in camp outside army headquarters 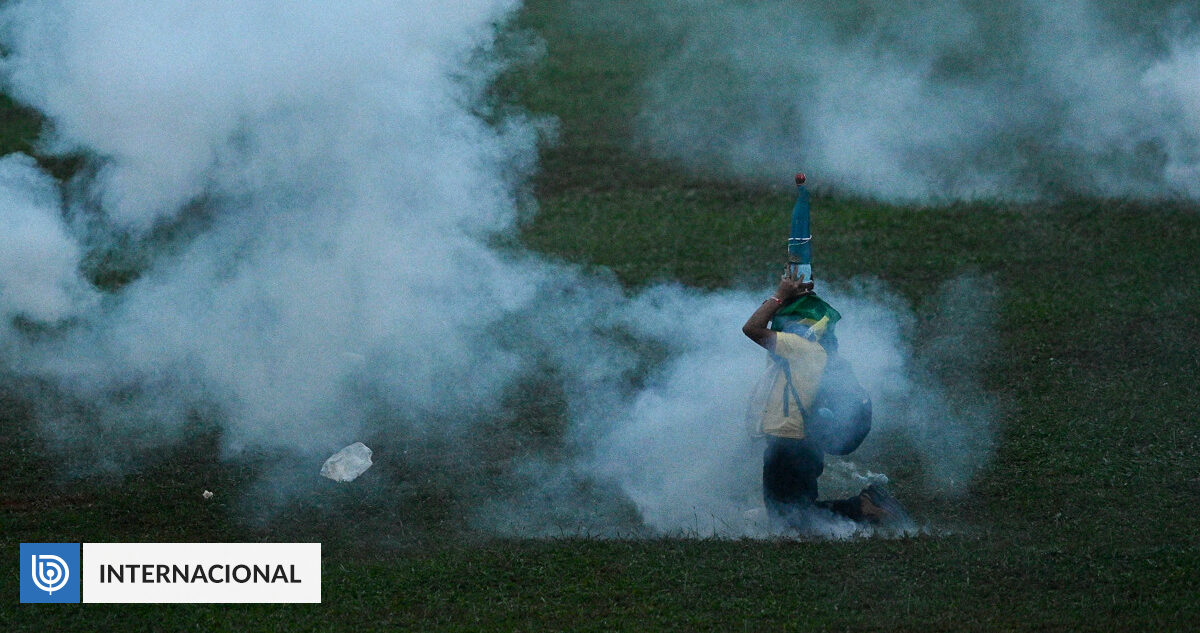 The detained Bolsonaro members were taken to federal police headquarters in at least 40 buses.

at least 1,200 Bolsonalistas They were arrested this Monday at the camp they set up in front of the camp. Army Headquarters in Brasilia Sunday’s attacks on the headquarters of three Brazilian powers have been launched since October’s elections.

Followers of Former President Jair Bolsonaro, Those who disapprove of the victories of progressive leaders Luis Inacio Lula da Silva During the presidential campaign, they were detained after peacefully dismantling the camp where they were surrounded and evacuated by the police and army.

The detained Bolsonaro members were taken by at least 40 buses to federal police headquarters to be identified and evidence uncovered to see if they took part in Sunday’s violent attacks, according to the Justice Ministry. submitted if applicable. futuristic.

Only those identified as involved in vandalism and those who have evidence against them will be arrested.

The prisoners join about 300 people arrested Sunday in charge of the attack.

Bolsonaro supporters detained in camp in front of army headquarters

The eviction is peaceful and Judge Alexandre Demoraes, One of 11 members of the Supreme Court has ordered the demolition of all the camps that the Bolsonalistas set up in front of the country’s military barracks to defend the coup against Lula in Brazil.

Moraes, who is responsible for several investigations into Bolsonaro and his followers in attacks on democracy, ordered the camp residents “to be detained red-handed for the commission of various crimes.”

Brasilia’s radical camp, which was set up more than 70 days after Lula won the second round of presidential elections, became a base for demonstrators who broke into the headquarters of three Brazilian factions on Sunday. where they returned after a failed attempt to force a coup.

The number of militants in the camp in front of the Army Headquarters has declined since Lula took office on January 1, with officials counting about 200 on Thursday, but the numbers were reduced Saturday after the Bolsonalistas called for Sunday’s demonstrations. jumped to about 3,000 people.

Faced with the chaos caused by the attacks on public buildings, Lula has decreed federal intervention into Brasilia’s security areas until January 31, bringing the local police under federal control.

Attacks on parliament, presidential palace and supreme court were only resolved after four and a half hours of chaos when riot police charged and fired tear gas at high-ranking people inside and outside the three power buildings. it was done.

Previous article
Britain’s first space rocket launch ended in disappointment
Next article
Blackburn Rovers’ new effort: They are looking to keep the Bretons until the end of the season in England.