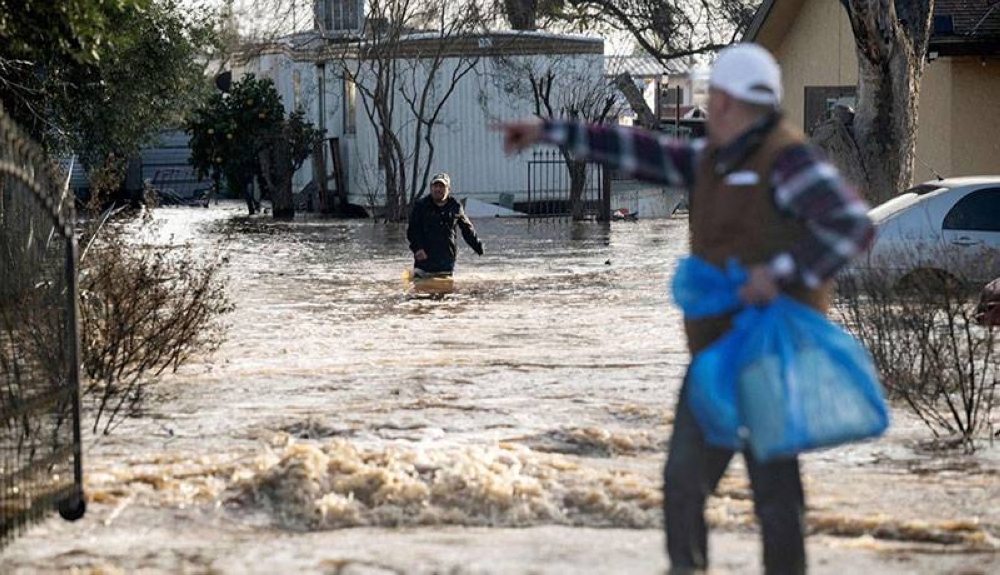 Residents try to collect their belongings in the California floods. / AFP

US President Joe Biden has declared a state of severe catastrophe in California as new storms are expected after three weeks of unprecedented rain that has killed at least 19 people.

According to a White House statement, Biden has been working with residents of this western state to repair damage caused by severe winter storms that have caused floods, landslides and landslides since December 27. Ordered federal aid to help local governments. .

Impressive waves of rain and mountainous snow swept through many parts of the country’s most populous state on Saturday, pushing already waterlogged soils to saturation point.

A new “atmospheric river” is expected to return this Monday. That is, a band of moisture that carries large amounts of water from the tropics. The National Weather Service (NWS) warned of a “new wave of extreme precipitation”.

Power lines were cut and fields and roads were flooded.
The NWS has warned of “catastrophic flooding” in the Salinas area, a major agricultural area south of San Francisco.

California Gov. Gavin Newsom warned people “it’s not over yet” after visiting storm-affected residents on Saturday.

Newsom urged residents to stay vigilant and continue to apply “common sense for the next few days.”

In the Salinas area, a city of 160,000 people flooded by the river of the same name, the floods affected the agricultural sector in the valley but not the urban areas, an AFP journalist confirmed Saturday morning.

In Spreckels, a small community near the river, most residents chose not to evacuate despite warnings from authorities.

“The area has been hit by drought for the last few years,” Manuel Paris, a 58-year-old farm worker, told AFP. “It’s been a while. I’m not used to seeing it rain anymore.”

A meter of snow: In the mountains, this phenomenon leads to heavy snowfall, with the Sierra Nevada expecting more than a meter of snowfall over the weekend. That is why authorities warn of the danger of avalanches and watch out for any movements.

Images released by authorities on a major highway in the Lake Tahoe region show dozens of cars parked in a snowstorm Saturday morning.

Rain is causing short-term disasters, but rain is desperately needed in the western United States, where more than two decades of drought have imposed unprecedented restrictions on water use.