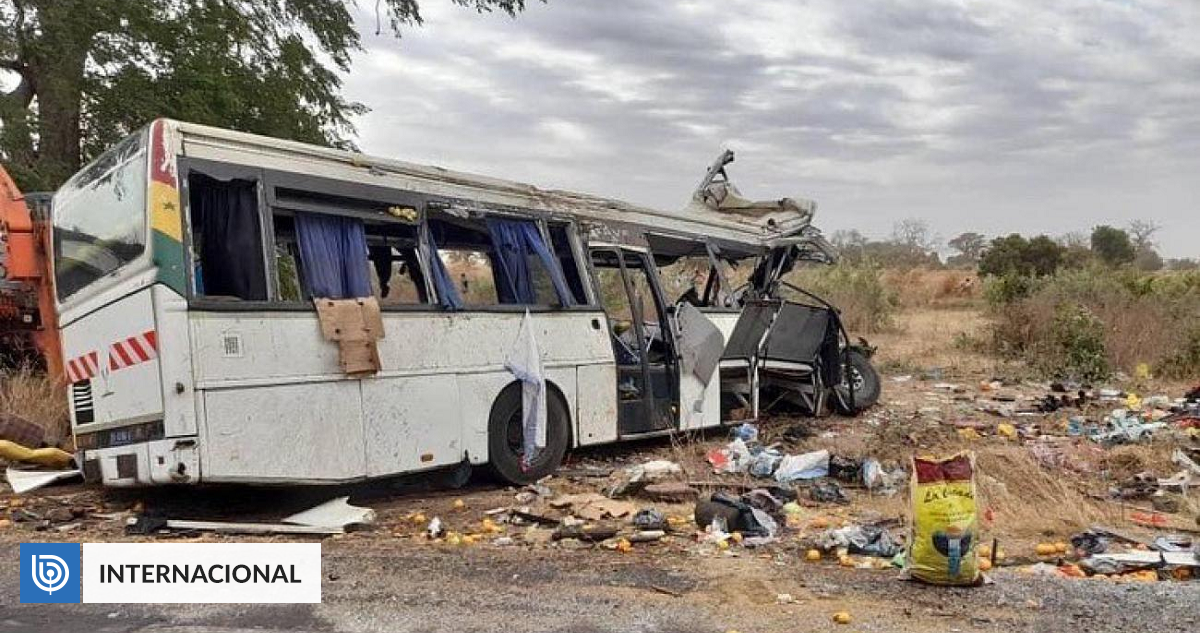 At least 19 people were killed and 24 injured when a truck collided with a public transport minibus, locally known as ‘ndiaga ndiaye’, in northwestern Senegal on Monday, the African country’s presidential office reported. .

19 people died in the north this Monday Senegal Eight days after a road accident that killed more than 40 people in a crash between a bus and a truck, firefighters said.

On January 8, two buses collided in the heart of the country, killing more than 40 people.

The tragedy has highlighted road problems not only in Senegal, but in many other African countries. Aging and dangerous infrastructure, drivers not respecting traffic rules, corrupt agents in charge of law enforcement and driver affairs. license.

The accident, which was attributed to an exploding tire, sparked a flurry of charges against authorities for not enforcing highway laws and properly regulating vehicle conditions.

The Senegalese government has announced a series of measures, many of which have been criticized by transport experts as unapplicable.

Previous article
Tim Matavž signed for Gorica… from the suburbs of Zagreb
Next article
“All at once, everywhere” reigned at the Critics Choice Awards: Meet the other winners