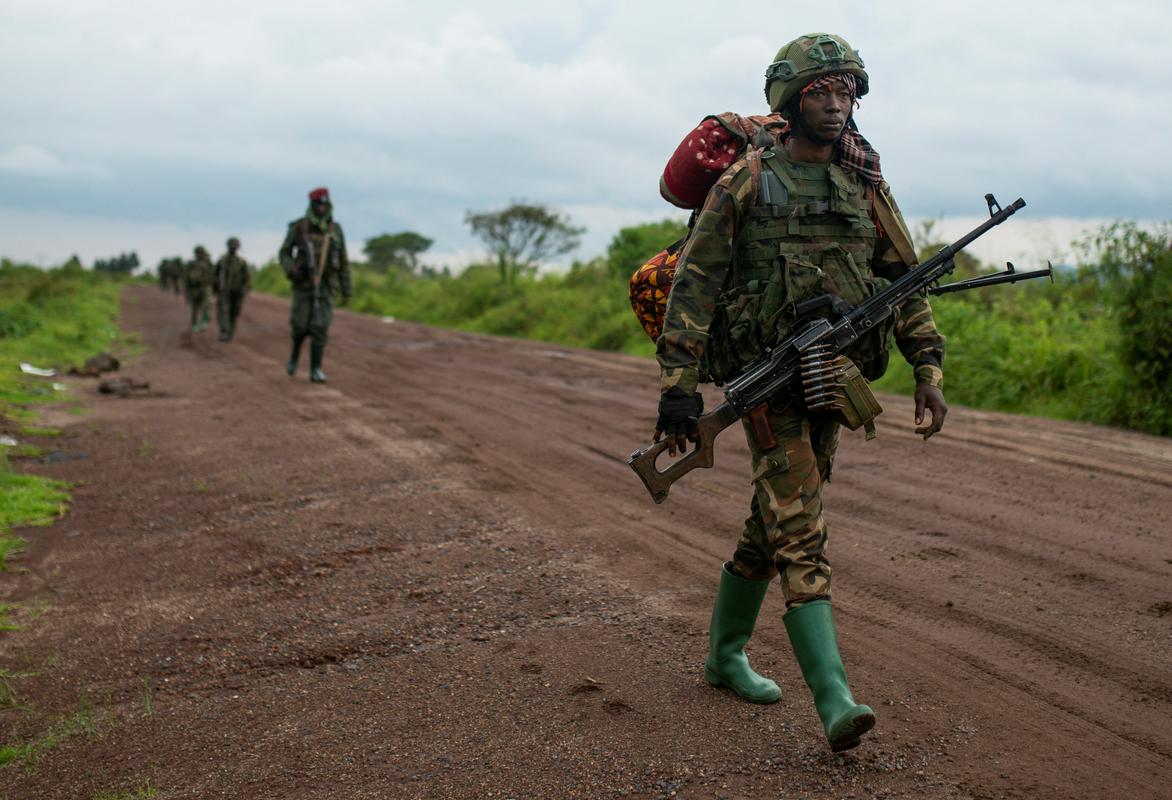 “I know that’s trendy now. But no, we don’t need to hire mercenaries,” the President of the DR Congo, Felix Tshisekedi, denied the rumors about the hiring of Russian mercenaries a few days ago. “I don’t know where to find them either,” joked the president of the second largest African country.

The situation in the east of the country in the heart of Africa, where more than a hundred different militias and rebel groups operate, worsened again last spring, when rebels from one of the major rebel groups, M23, launched an offensive against government forces and occupied a large part of the territory along the border with Rwanda.

Speculations that the DR Congo, like several African countries in recent years, turned to the notorious Russian private military company Wagner for help in the fight against rebels appeared after the visit of Congolese Defense Minister Gilbert Kabanda to Moscow last August, when thanked Russia for its support.

At the time, Moscow promised to help equip the Congolese army with modern weapons, including warplanes, helicopters and tanks.

After the visit, Western diplomats in Africa expressed concern about the possible hiring of Russian mercenaries from Wagner, who are already present in the Central African Republic and Mali, where they are working on the government’s side in the fight against rebels, accusing them of massive human rights violations.

Rebels and Rwanda accuse Kinshasa of collaborating with Wagner

M23 spokesman Willy Ngoma recently said that members of Wagner are on the battlefield in DR Congo at the invitation of the government in Kinshasa. “That’s right, the Wagner Group is here. We have evidence to present shortly,” he told the BBC, adding that the rebels clashed with a group of government soldiers and members of Wagner.

The allegations by M23 were immediately denied by the Congolese army. “The Wagner group does not operate in the DR Congo,” a military spokesman asserted.

Hints about Wagner’s presence were immediately used by neighboring Rwanda, which the authorities in Kinshasa accuse of providing military aid to the M23 rebel group, something that Kigali persistently denies, even though the accusations were also confirmed by a special United Nations report.

Last week, Rwandan President Paul Kagame accused DR Congo of hiring Russian mercenaries, which he said would lead to disaster. “Mercenaries are the most useless people I could ever trust,” Kagame said.

Some observers suggest that Rwanda is still fueling rumors about the Congolese hire of Wagner to smear its much larger western neighbor, with whom it has been at loggerheads for years over mutual accusations of support for various rebel groups.

The uniformed men filled the hotel in Goma

Meanwhile, from Goma, the largest city in the east of the DR Congo, there are reports of the presence of more and more uniformed white men who are said to be coming from Eastern Europe. “Several ten, maybe a hundred white men in military uniforms,” a local journalist commented on the presence of foreigners in the city for the DW portal, adding that they carry guns and uniforms without markings or national flags.

According to the journalist, the aforementioned individuals filled the city hotel, which was usually used for accommodation by businessmen or members of government delegations from Kinshasa, and since last December it has been mostly occupied by military personnel. The hotel is carefully guarded by members of the presidential guard and one of them told the journalist that the rooms were reserved for a longer period.

Although the locals describe foreign armed individuals as Russians, the Congolese journalist explains that most locals do not distinguish between Russians and other Eastern Europeans.

According to DW, private soldiers from Bulgaria and Romania are already operating in Goma. Thus, Romanian mercenary soldiers guard the airport there, while personnel from the Bulgarian company Agemira take care of the repairs and maintenance of military aircraft.

The Congolese army does not want a repeat of the events of 2012, when members of the M23 occupied a strategically important airport located just a few kilometers away from the front lines. At that time, the rebels looted a warehouse of military equipment at the airport and, among other things, got their hands on medium-range missiles.

UN investigators have confirmed that Agemira has around 40 of its employees at Goma airport, including from Bulgaria, Georgia and Romania, who are familiar with the Russian military aircraft in the fleet of the Congolese army, which also hires Georgian pilots to operate the fighters.

What is the role of the Romanian mercenary?

DW specifically mentions a Romanian mercenary named Horatiu Potra, who is the general manager of the private security company Asociatia RALF, based in the city of Sibiu in the central part of Romania. According to a note on its website, the company deals with the training of personal security guards for important individuals and the protection of “sensitive areas”, such as mines.

According to the portal, Potra was a member of the Russian Foreign Legion in the 1990s, and later he was mainly active in Africa, where he participated in the training of the personal security guards of the former president of the Central African Republic and taught combat to soldiers in Chad.

He is also familiar with the situation in DR Congo, where in 2002 he worked on the side of rebel leader Jean-Pierre Bemba. For now, it is not known whether Potra is also connected to the Wagner group.

Previous article
Seasoned with absurdity, the Dance of the Dead, which prophetically announced the First World War
Next article
Bakers: 2022 to be ‘one of the worst years’ with up to 80% increase