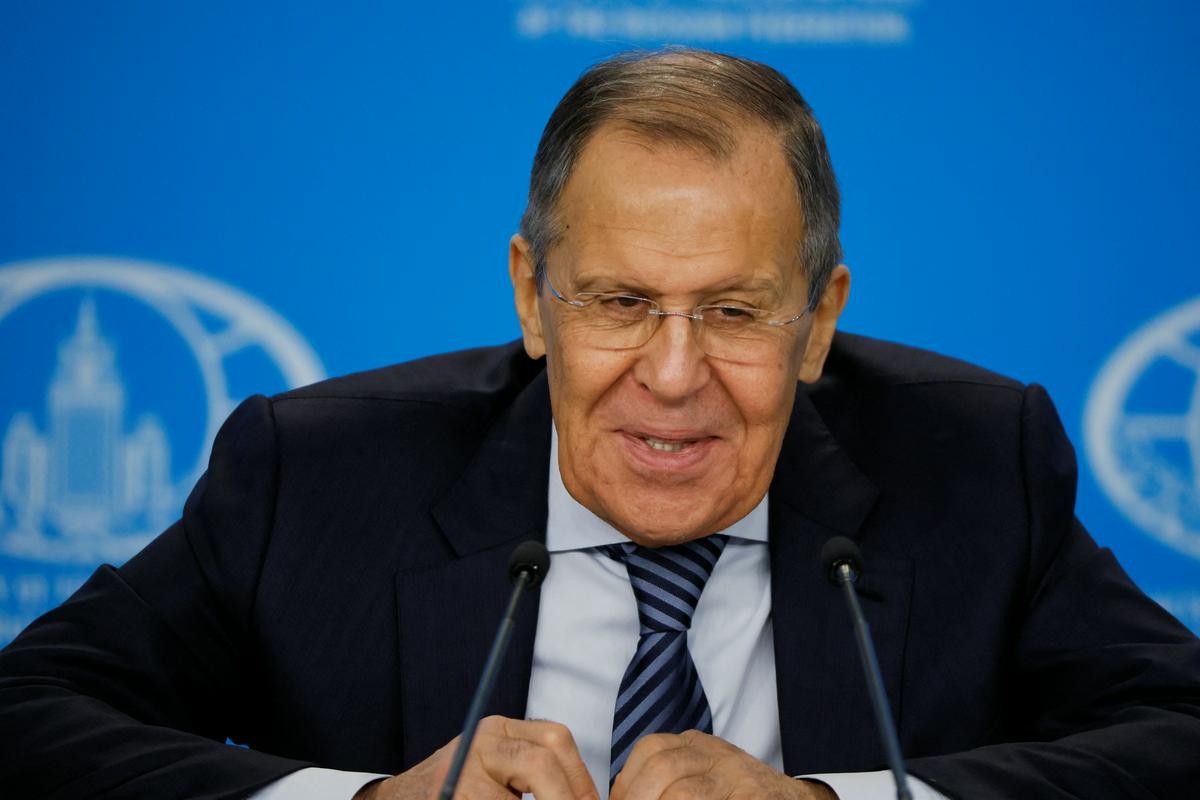 The US is preparing the ground for a hybrid war against Russia in Ukraine, Russian Foreign Minister Sergei Lavrov said, calling Ukrainian President Volodymyr Zelensky’s proposals for peace absurd.

“The US is waging a war against our country in Ukraine to finally solve the Russian issue,” warned Lavrov at the annual press conference in Moscow and reiterated that there should be no military infrastructure facilities in Ukraine that could pose a threat to Moscow.

“Interests related to Russia’s position in the world lie primarily with our close neighbors. It goes without saying that in Ukraine and in other areas bordering Russia, there should be no military infrastructure facilities that would directly threaten our country,” he emphasized. At the same time, he warned that Moscow will be forced to take appropriate retaliatory measures if Finland joins NATO.

He described the Ukrainian president’s proposals for peace in Ukraine as absurd and unacceptable. “There can be no talk of negotiations with Zelenskiy, because he legally prohibited negotiations with the Russian government,” he added. However, he asserted that Moscow is ready to negotiate with the West, but that such talks must address Russia’s broader security concerns.

Lavro compared the actions of the United States during the Russian military aggression to those of Adolf Hitler and Napoleon Bonaparte, who, according to him, once tried to use the same tactics against Russia. As he said, the United States formed a coalition of European countries to solve the “Russian question”, just as in the past Hitler wanted to eradicate European Jews with the “Final Solution”.

He accused the West of seeking to weaken relations between Russia and China and tear apart the Association of Southeast Asian Nations (ASEAN), within which he said tensions were escalating. At the same time, he also warned that the West is trying in every possible way to stop the creation multipolar Holy.

“Z ours with reliable partners and friendly countries, we will build new forms of cooperation that will benefit us and that those who seek to subjugate the whole world will not be able to influence,” he added.

At the press conference, Lavrov praised the sincerity of Croatian President Zoran Milanović and his statement that NATO is waging an indirect war against Russia.

“Just recently, Croatian President Milanović said that this is NATO’s war against Russia. This is a direct and honest statement,” Lavrov said.

Milanović said two days ago that the US and NATO are waging an indirect war against Russia using Ukrainian territory. Even before that, the Croatian president spoke out against the training of Ukrainian soldiers on Croatian territory, as, in his opinion, such training would have dangerous consequences on the territory of European Union members.

Previous article
Congress declares Rufina Amaya a ‘worthy daughter’ after death
Next article
No, you have no power.Déjà vu has a scientific explanation and can turn into a nightmare