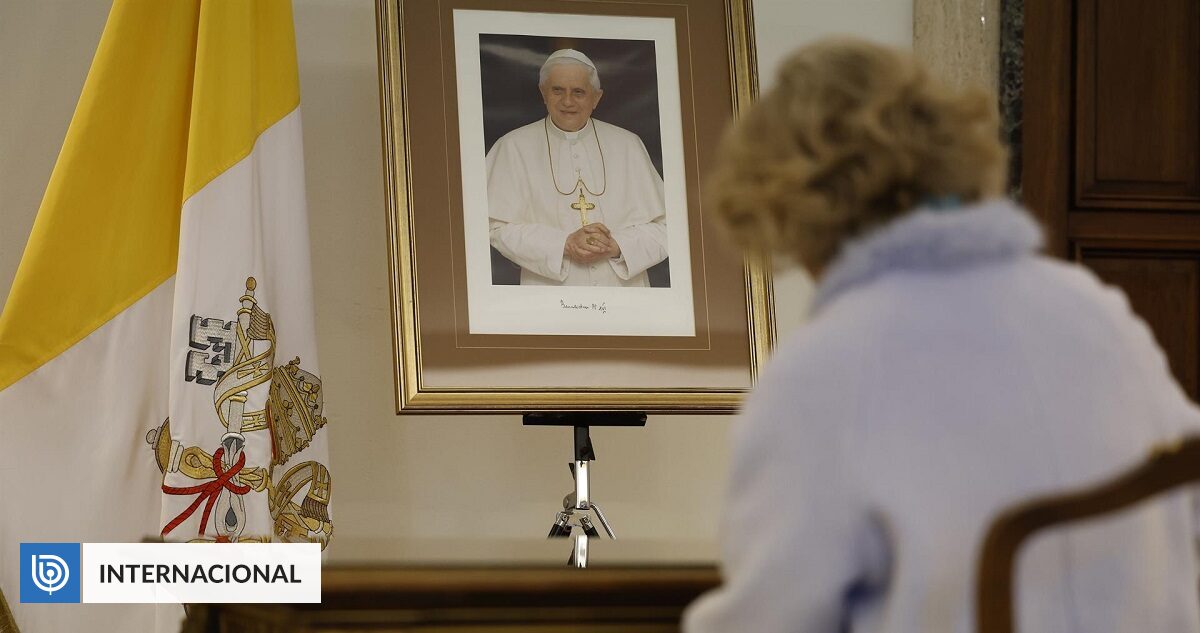 According to his personal secretary, Pope Emeritus ordered the destruction of all documents after his death, but allowed the book, which criticizes the “intolerant” of Christianity in the Western world.

Benedict XVI After resigning in 2013, he criticized in a posthumous book detailing theological considerations, some of which were unpublished. ‘Intolerance’ of Western Society ‘To Christian Faith’ This volume will be published in Italy on Friday 20th January.

According to French newspaper La Croix, the German pope, who died on December 31, ordered the destruction of his personal notes, According to someone who has been his personal assistant for the past 20 years, However, I have allowed the publication of these texts.

Benedict XVI wrote, “What is Christianity? Almost a spiritual testimony” (“Che cos’è il Cristianesimo. This is a compilation of 16 of his texts, most of which were written by him around 2018. Specifically, speeches, letters and articles, some of which are already known and five of which are partially unpublished. In terms of content, they refer, among other things, to the dialogue between Islam and Christianity, to the definition of religious concepts, or to the meaning of communion.

The German Pope defines it as his “last work”, “Monotheism and Tolerance” severely criticized by the Pope of Germany “Increase of intolerance in the name of tolerance” in modern society.

“Indeed, the modern state of the Western world sees, in part, the great force of tolerance, breaking with the senseless and pre-rational traditions of all religions.” Benedict XVI wrote. Additionally, it guarantees: Modern society opposes ‘Christianity’ through ‘human radical manipulation’ and ‘gender change by sexual ideology’.

For Benedict XVI, who bases his considerations on various passages of the Old Testament, “Modern thought no longer seeks to acknowledge the truth of existence, but to seize power over existence. He wants to remake the world according to his needs and desires.

Similarly, Benedict XVI criticized “modern relativism”, “A dictator’s claim to be always right” So too is “the abandonment of Christian anthropology and the lifestyles derived from it as pre-rational.”

“This apparent modernity intolerance of the Christian faith has not yet become an outright persecution, as Pope Benedict XVI points out. But it manifests itself in an increasingly authoritarian way, The legislation derived from it seeks to achieve the annihilation of what is essentially Christian.”

The German Pope’s book also contains a modified version of the text on the priesthood, and when published in 2019 in a book co-authored by Cardinal Robert Sala (From the Deepest of Our Hearts), some caused controversy. The Amazon Council, which began a debate on the need for priestly celibacy.

The publication of the book provoked fierce criticism in several departments of the Roman Curia, who questioned Benedict XVI’s will to actually publish the text.

By including this text in this new volume devised by Pope Benedict XVI and entrusted to the care of his Italian biographer Elio Guerriero, the Pope Emeritus undertakes this reflection and makes it exclusive. It seems you didn’t want to be. private use.

After developing various theological aspects of the meaning of the Eucharist and the role of the priest, Francis’ predecessor said that the priesthood was related to “ontological asceticism” and “the ability to renounce marriage entirely.” We have come to a conclusion. The Lord is the standard of the priesthood.

This work was carried out by the Pope, who sought to highlight his work as a theologian of the Papal Magisterium during his tenure, but was not planned after his resignation in 2013. As Peter’s successor, I had no plans of what to do in my new situation. “I was too tired to plan any more work,” he claims.

But the pope emeritus at the time says he slowly resumed “(his) theological activity” after the election of Pope Francis. “Thus, over the years, a series of small and medium-sized contributions have taken shape and are presented in this volume,” he says.