The new Vice-President of the European Parliament, Marc Angel. Panzeri’s accountant was arrested. 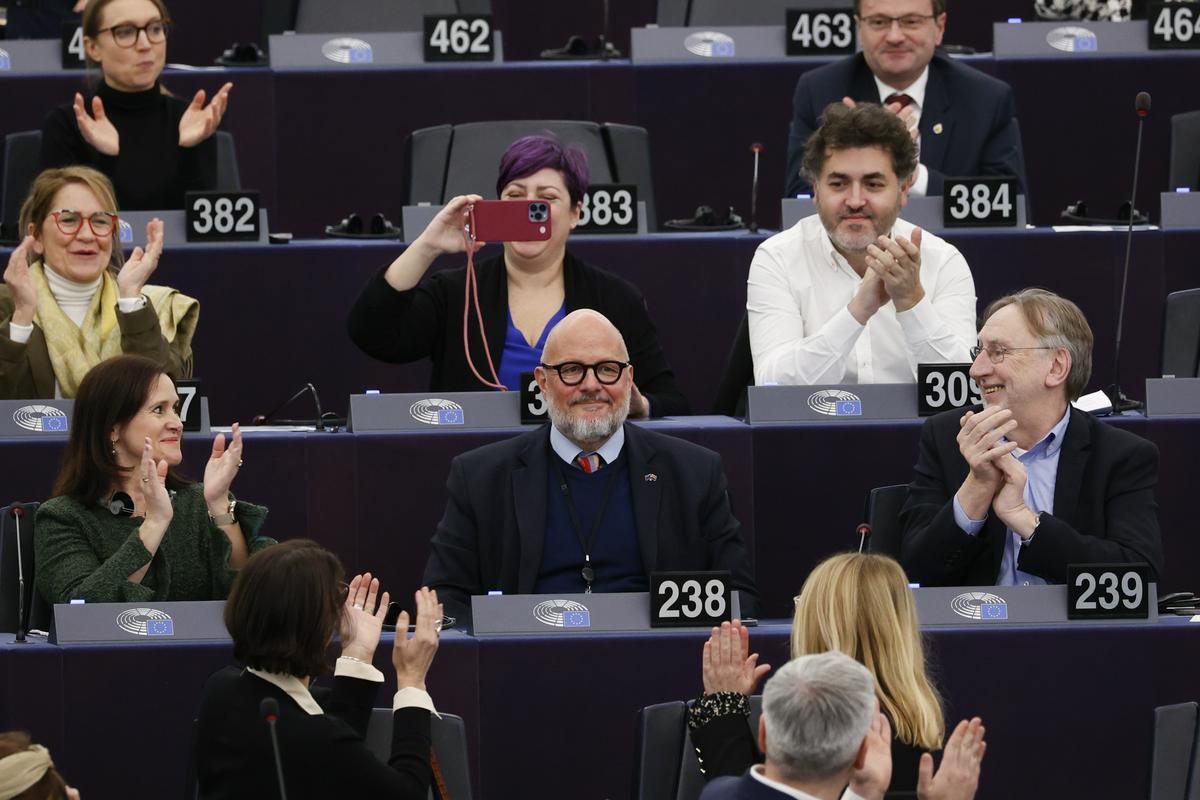 The accountant of former MEP Panzeri was arrested in Italy

Greek MEP Here’s Kaila MEPs dismissed her from the position of vice-president in December due to a corruption scandal. For election, a majority of the votes cast by the members of parliament, Luxembourgers, was required Marc Angel however, he was elected vice-president in the second round of secret voting.

In the first round, none of the three candidates – the Green group proposed Frenchwoman Gwendoline Delbos-Corfieldand the group Identity and Democracy (ID) an Italian woman Annalisa Tardino – did not receive the necessary absolute majority of the votes of the deputies who voted. In the second round, Agnel received 307 votes, Tardino 185, and Delbos-Corfield 98 votes.

Kaili, who is in custody, was ousted from the vice-presidential position by MEPs after she found herself at the center of a corruption scandal related to attempts by Morocco and Qatar to influence parliamentary decisions.

As part of the corruption investigation, Belgian investigators conducted more than 20 investigations, some also in Italy and the premises of the Parliament in Brussels, and seized 1.5 million euros. Four people have been detained, in addition to Kaili, also a long-time former MEP Panzeri, an Italian parliamentary assistant Francesco GiorgiKaili’s partner, and head of the non-governmental organization No Peace Without Justice, an Italian Niccola Figo-Talamanca.

Panzeri’s deal with the prosecution

Panzeri’s accountant Monica Rossano Bellini were arrested Tuesday night, the day Panzeri struck a plea deal. She is suspected of criminal conspiracy, corruption and money laundering. Today, she has already appeared before a judge in Milan, who will decide on further measures. As part of the investigation into the affair, her office was recently searched.

The main suspect, center-left 67-year-old Panzeri, agreed on Tuesday to cooperate in the investigation in the second such plea deal for “skesans” in Belgium in exchange for “a one-year prison sentence instead of a much longer sentence, a fine and the confiscation of all acquired property benefits , which are currently estimated at one million euros”, announced the Belgian prosecutor’s office.

In return, he will give investigators information about the operation of the criminal network, financial agreements with the countries involved, the involvement of “known or as yet unknown persons in the case, including the identity of the persons he admits to have bribed.”

Panzeri’s lawyer Laurent Kennes explained to the Belgian television RTL that according to the agreement he will be sentenced to a five-year prison sentence, which will mostly be suspended, so that he will have to stay in prison for a year or wear an electronic bracelet on his ankle. Judges will also take into account the time he spends in custody.

Panzeri made the deal a day after a court in Brescia approved the extradition of his 38-year-old daughter due to suspicion of involvement in the affair Silvia Belgium. Surrender of his wife Marie Dolores Colleoni has already approved. Both cases will now be considered by the Supreme Court of Cassation.

Panzeri, who has been in custody in Belgium since his arrest on December 9 last year, and his wife and daughter are suspected of involvement in alleged efforts by Qatar and Morocco to use bribes to influence the European Parliament. Panzeri is also suspected of corruption and money laundering and that he “developed and ran a large-scale fraudulent organization”.

Panzeri was a member of the European Parliament for three terms between 2004 and 2019, when he was also the chairman of the parliament’s human rights committee. He then founded and ran the non-governmental organization Fight Impunity in Brussels.

He is one of four suspects in custody in Belgium. Among them are the former vice-presidents of the parliament Eva Kaili and her partner. They are suspected of membership in a criminal group, money laundering and corruption because they allegedly received bribes from Qatar and Morocco in exchange for influencing political statements and decisions in the European Parliament. In the case of Qatar, they are expected to influence issues of workers’ rights, and in the case of Morocco, fisheries and the status of Western Sahara. Both countries deny the allegations.

Panzeri’s lawyer Marc Uyttendaele said that Panzeri was in “emotional shock” and that he was ready to “tell the whole truth in order to contribute to the effectiveness of the investigation”.